This year marks the 97th anniversary of the Harlan Fiske Stone Moot Court, founded at Columbia Law School in 1925 by the Story Inn, a chapter of the legal fraternity Phi Delta Phi. The competition is named in honor of Harlan Fiske Stone 1898, who was a member of the Story Inn while a student at the Law School. Stone was named dean of Columbia Law School in 1910. He served in that capacity until 1924, when President Calvin Coolidge appointed him attorney general of the United States. He was named to the Supreme Court of the United States the following year and was elevated to chief justice in 1941.

The finals of this year’s competition will be Monday, April 18.

A. Does a bankruptcy judge have authority consistent with Article III of the Constitution to confirm a plan of reorganization that grants a non-consensual release of a non-debtor from state law claims asserted by a third party?

When founding BFH, Hasseldorf retained personal ownership over his proprietary computer program. In 2015, Hasseldorf sold all his shares in BFH to a partner and exited the business. Hasseldorf continued to allow BFH to use his computer program but began charging the company for each use of the program. In 2019, a group of landlords sued BFH and Hasseldorf in multiple jurisdictions, arguing that BFH was improperly attempting to reduce rental costs in the surrounding market, thereby lowering property values. BFH eventually faced billions of dollars in potential damages. BFH’s leadership determined that while the tort litigation was based on a dubious legal theory, the company could not afford to wait for the cases to be resolved. BFH filed for Chapter 11 bankruptcy in the U.S. Bankruptcy Court for the Southern District of Iowa.

Although Hasseldorf was not a formal party in the bankruptcy, he remained a central figure in developing the plan of reorganization. Hasseldorf offered to help BFH reorganize by giving significant sums of money to pay unsecured creditors, including the tort creditors. He also offered to give his proprietary computer program to the BFH estate, meaning that BFH would no longer need to pay each time it used his program. However, all of these offers came with a price: Since Hasseldorf was also named as a defendant in the tort litigation against BFH, he would only make these contributions if the tort claimants released all of their claims against him in his personal capacity. Conversely, Hasseldorf said that if the tort claimants did not release their claims against him, he would derail any plan of reorganization by refusing to allow BFH to use his computer program, undermining BFH’s business model.

The U.S. Bankruptcy Court for the Southern District of Iowa approved the plan, finding that a bankruptcy court does have the constitutional power to approve non-consensual third-party releases, and that the releases did not violate the U.S. Bankruptcy Code. The tort creditors appealed to the District Court, and their appeal was certified to the 8th Circuit.

Counsel for the Appellant

Counsel for the Appellee 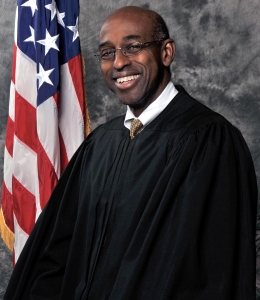 Judge Joseph A. Greenaway Jr., U.S. Court of Appeals for the 3rd Circuit

Judge Joseph A. Greenaway Jr., a graduate of Columbia College and Harvard Law School, was appointed to the U.S. Court of Appeals for the 3rd Circuit on February 12, 2010.

Prior to his appointment, Greenaway clerked for Judge Vincent L. Broderick of the U.S. District Court for the Southern District of New York and served as a litigation associate with Kramer, Levin, Nessen, Kamin and Frankel. In 1985, Greenaway joined the U.S. Attorney’s Office for the District of New Jersey, ultimately serving as chief of the Narcotics Bureau. He then worked in-house with Johnson & Johnson. On July 26, 1996, Judge Greenaway received his commission to U.S. District Court in New Jersey. 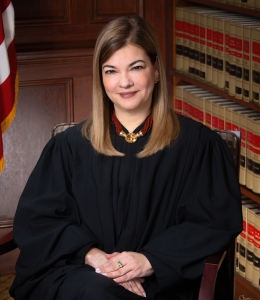 Judge Barbara Lagoa ’92 serves on the U.S. Court of Appeals for the 11th Circuit. Upon her appointment, she became the first Hispanic woman and the first Cuban-American woman to serve on that court. She shared that same distinction as a justice on the Florida Supreme Court and, before that, as a judge, including as the chief judge, on Florida’s 3rd District Court of Appeal during her 13 years of judicial service to the state of Florida.

Before joining the bench, Lagoa focused on general and complex commercial litigation in state and federal court. Lagoa also served in the U.S. attorney’s office for the Southern District of Florida as an assistant U.S. attorney, where she tried numerous criminal jury trials and handled a significant number of appeals.

Lagoa resides in Miami with her husband and three children. 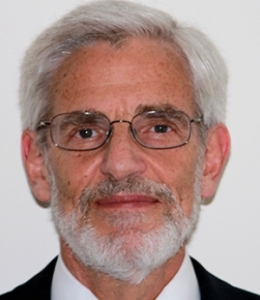 Chief Judge Martin Glenn was sworn in as a U.S. bankruptcy judge for the Southern District of New York on November 30, 2006, and was appointed chief judge on March 1, 2022. He received a B.S. from Cornell University and a J.D. from Rutgers Law School, where he was an articles editor of the Rutgers Law Review. Glenn was a law clerk for Chief Judge Henry J. Friendly of the U.S. Court of Appeals for the 2nd Circuit, from 1971 to 1972. Until his appointment to the bench, Glenn practiced law with O’Melveny & Myers in Los Angeles and in New York.

Glenn is a member of the American Law Institute, International Insolvency Institute, New York State Federal Judicial Council, New York City Bar, National Conference of Bankruptcy Judges, and American Bankruptcy Institute. He was a member of the Committee on International Judicial Relations of the United States Judicial Conference and the Bankruptcy Judge Advisory Group of the Administrative Office of the U.S. Courts. Glenn is an adjunct professor at Columbia Law and a contributing author of Collier on Bankruptcy.

Many thanks to Sophia Bernhardt, lecturer in law and director of Legal Writing and Moot Court Programs, for working with the executive team for the many months this competition took to come together. Ronald Mann, Albert E. Cinelli Enterprise Professor of Law, was instrumental in the early stages of crafting this problem. We also owe thanks to the many reviewers who gave their time and expertise to helping us refine aspects of the problem, including Philip Genty, Everett B. Birch Innovative Teaching Clinical Professor in Professional Responsibility and Vice Dean for Experiential Education; Daniel Richman, Paul J. Kellner Professor of Law; Assistant Dean, Judicial Clerkships and Judicial Relations, Andrea C. Saavedra; and Judge Robert E. Gerber. Finally, we would like to thank the competitors, who took a chance and dedicated untold hours to learning a small slice of bankruptcy law. Their dedicated legal analysis and perseverance in the face of COVID-19 and other adversity brought this competition to life.
—Caleb Smith ’22 and Mason Walther ’22 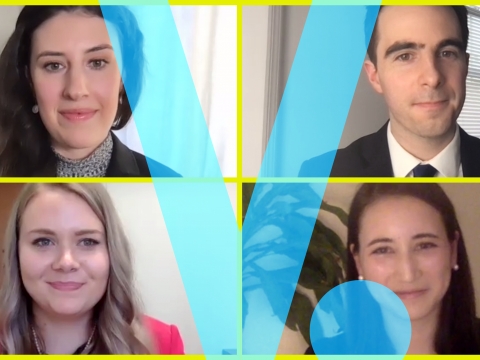 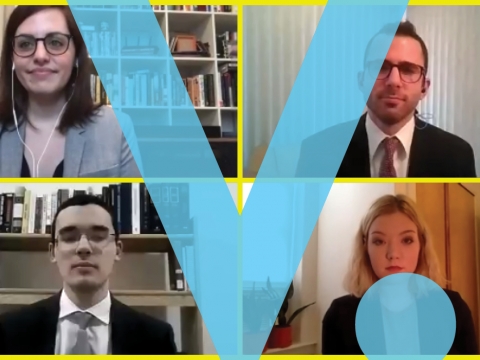 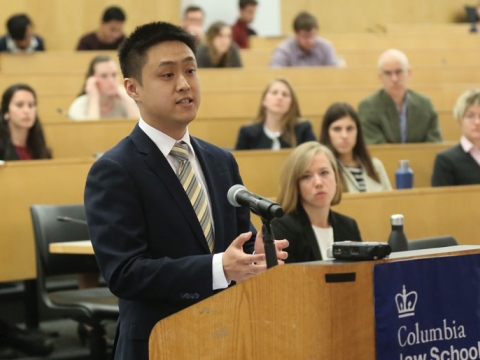 On April 18, a panel of federal judges awarded the prize for top oralist to Aneesa Mazumdar ’22 and best final round brief to Alison Hung ’22.