Social media. Race and racism. Economic inequality. The rule of law. This sampling of innovative seminars explores timely topics in the law. 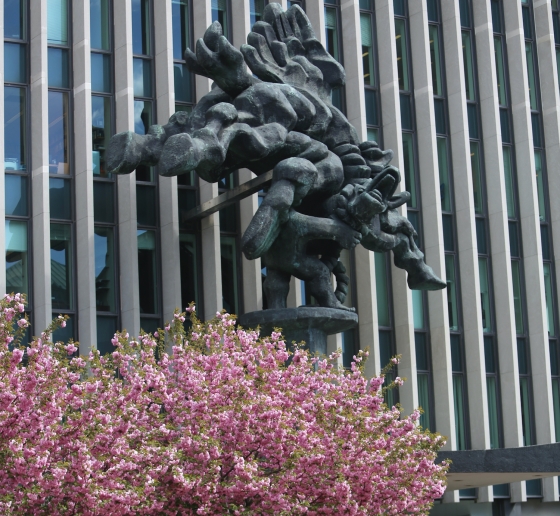 Designing a seminar provides an opportunity for Columbia Law School faculty to create courses that are especially relevant to the moment and to glean new insights for their own scholarship from classroom discussions with students. The four courses highlighted here are new to the curriculum for spring 2022.

Dwight Professor of Law Jamal Greene’s seminar, Free Expression and Social Media, could not be more topical. “A lot of the issues around social media and its intersection with free expression have been in the news recently,” he says, citing how social media has influenced the lead-up and reactions to elections and contributed to COVID-related misinformation.

Greene—who recently published How Rights Went Wrong: Why Our Obsession With Rights Is Tearing America Apart—brings a unique perspective to the seminar: He currently serves as co-chair of the Oversight Board, an independent body set up to review content moderation decisions on Facebook and Instagram. “Part of the reason I joined the Oversight Board was because, as a teacher and as an academic, I would be able to gain new insights into some of these issues and then share them with students and help them learn as well,” says Greene. “So this is me making good on that.

“I expect students will have a different perspective than I do,” he continues. “I remember the world without social media, but it’s part of the DNA of the world they live in.”

The seminar commenced with conversations about the First Amendment and the Free Speech Doctrine with respect to traditional media prior to, Greene says, “jumping into the new frontier.” He notes the course not only covers U.S. law but also global free expression and transnational regulatory challenges. One of the guest speakers will be David Kaye, the former UN special rapporteur on the promotion and protection of the right to freedom of opinion and expression. Kaye has advocated using a human rights framework to examine social media, and so will students in the seminar. “But social media,” says Greene, “is a different kind of animal than the typical subject of human rights inquiry, which involves investigating a state’s coercing, detaining, torturing, and holding someone liable for something. That’s arguably very different from taking a post down from Twitter or YouTube.”

Reading Group: The Essential Meaning of the Rule of Law

Last fall, a group of students approached Thomas W. Merrill, Charles Evans Hughes Professor of Law, about starting a reading group. “I’d never done one before, but I thought, ‘Why not?’” he says. The Essential Meaning of the Rule of Law is also the name of a draft article Merrill has presented publicly a few times; he thought a reading group would give him an opportunity to delve more deeply into the literature and gain students’ thoughts on the subject. “For the first meeting, we read a couple of red-meat pieces by famous conservative judges—Justice Scalia and Robert Bork—to get the juices flowing,” he says.

The conceit of the rule of law in western countries, according to Merrill, is that it’s a necessary condition of any type of economic prosperity, though he points out that China has had high rates of growth until recently, and “most people don’t think there’s anything that resembles the rule of law there,” he says. “My theory is that predictability is the key to the rule of law and that people know the rule of law exists to the extent that the executive acts coercively against individuals in ways that they can predict.”

Merrill says the term has taken on a life of its own. “Politicians are increasingly accusing the people with whom they disagree of violating the rule of law,” he says. “When Obama uses his administrative authority to adopt DACA, when Trump decides to build a wall with funds that Congress never appropriated, when Biden tries to extend the moratorium on evictions without statutory authority—they’re all said to be violations of the rule of law. And the justices accuse each other of violating the rule of law whenever they overrule precedent.”

As the semester progresses, Merrill says, the course also will take on a life of its own: “The great thing about a reading group is that you don’t have to have the syllabus nailed down when you start, and it can be a work in progress.”

Race, Racism, and the Law

Associate Professor of Law Kerell Murray, who joined the faculty last summer, conceived his Race, Racism, and the Law seminar as a forum for theoretical and conceptual discussions about the role of race in shaping the law and the role of the law in defining race.

He asks students to consider big questions. “This year, we began with the role of history,” he says. “How does history bear on contemporary problems? How, for example, do we gauge the connection between historical wrongs and present-day disparities or injustice?”

Students apply a critical lens to sociological discourse on race, interrogating topics such as the Black/white binary. “Discussions of race in America—inside and outside the law—often proceed explicitly or implicitly as if there are basically two races,” says Murray. “What does that paradigm tell us about the history of race and the law in America? In what areas is that paradigm inadequate, and what does it tell us about the present state of racism in America and its evolution?”

The seminar provides students a space to think deeply about the past and present of racial justice and investigate the unanswered problems that bear on its future. “And we dig deep into questions of what work the law has done creating the world of American race that the students inhabit,” he says.

The Constitution, Inequality, and Political Economy

Economic inequality is one of the most problematic issues of the 21st century, and in The Constitution, Inequality, and Political Economy, Professor of Law Kate Andrias, who joined the faculty last summer, asks students to assess the problem from both historical and contemporary perspectives.

Andrias has touched on these topics when she’s taught constitutional law to 1Ls, but the seminar allows upper-year students a much more thorough analysis. “Except for the New Deal, there hasn’t been a lot of attention paid to problems of poverty and fundamental welfare rights in traditional constitutional law classes,” says Andrias, whose scholarship focuses on the intersection of labor law and constitutional law. “I’ve written about how our current approach to constitutional law insufficiently protects economic rights or doesn’t do enough to achieve a more democratic and egalitarian society.”

To provide a range of contexts for class discussions, Andrias is inviting several guest speakers, including a historian who writes about the evolution of the administrative state, a litigator trying cases about education as a fundamental right, and a scholar who focuses on the egalitarian potential of the First Amendment. She hopes her students will see the Constitution in new ways by the end of the semester. “We’re not going to emerge with a solution to the country’s or the world’s problems,” she says. “But it’s critically important to wrestle with them.”