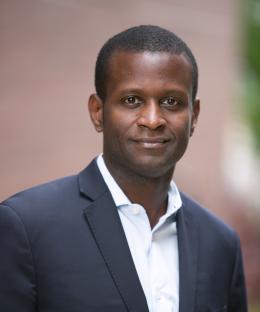 Greene is the author of the book How Rights Went Wrong: Why Our Obsession with Rights is Tearing America Apart (HMH, March 2021). He is also the author of numerous law review articles and has written in-depth about the Supreme Court, constitutional rights adjudication, and the constitutional theory of originalism, including “Rights as Trumps?” (Harvard Law Review foreword for the 2017–2018 Supreme Court term), “Rule Originalism” (Columbia Law Review, 2016), and “The Anticanon” (Harvard Law Review, 2011), an examination of Supreme Court cases now considered examples of weak constitutional analysis, such as Dred Scott v. Sandford and Plessy v. Ferguson.

During the 2018–2019 academic year, Greene served as senior visiting scholar at the Knight First Amendment Institute at Columbia University, where he commissioned and oversaw new scholarly research relating to free speech and new communications platforms. He has been a visiting professor at Harvard Law School and has served as Columbia Law’s Vice Dean for Intellectual Life.

Greene is a sought-after media commentator on the Supreme Court and on constitutional law. His articles have appeared in The New York Times, Slate, New York Daily News, and The Los Angeles Times. In 2019, he served as an aide to Sen. Kamala Harris (D-Ca.) during the Senate confirmation hearings of Justice Brett Kavanaugh. Before training as a lawyer, he was a baseball reporter for Sports Illustrated.

Prior to joining Columbia Law in 2008, Greene was the Alexander Fellow at New York University School of Law. He served as a law clerk to Judge Guido Calabresi on the 2nd U.S. Circuit Court of Appeals and for Justice John Paul Stevens on the U.S. Supreme Court. He is a member of the American Law Institute and sits on the Board of Academic Advisors of the American Constitution Society.

How Rights Went Wrong: Why Our Obsession with Rights is Tearing America Apart

You have the right to remain silent—and the right to free speech. The right to worship, and to doubt. The right to be free from discrimination, and to hate. The right to life, and the right to own a gun. Rights are a sacred part of American identity. Yet they also are the source of some of our greatest divisions. We believe that holding a right means getting a judge to let us do whatever the right protects. And judges, for their part, seem unable to imagine two rights coexisting—reducing the law to winners and losers. The resulting system of legal absolutism distorts our law, debases our politics, and exacerbates our differences rather than helping to bridge them. As Greene argues, we need a different approach—and in How Rights Went Wrong, he proposes one that the Founders would have approved.

In his new book, the constitutional law scholar argues that competing rights should be balanced through political compromise.

Unpacking the Most Conservative Supreme Court in Nearly a Century

| MSNBC
In The Media

Partisanship Is Very Dangerous for Democracy