A constitutional law scholar, Murray writes about race and antidiscrimination law and election law. He joins the Columbia Law School faculty as an associate professor of law. 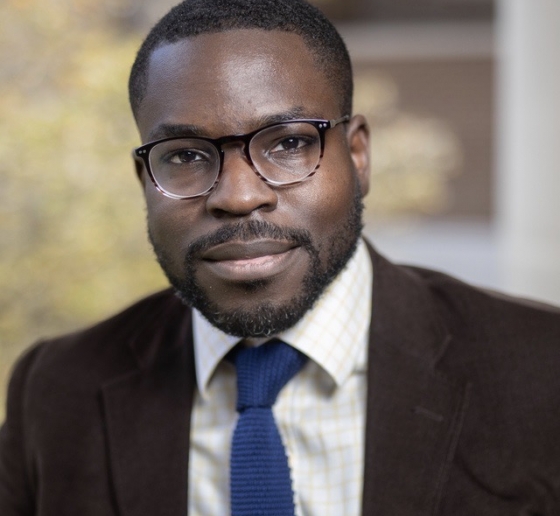 As a child in Georgia, Kerrel Murray often heard the truism that because he liked to argue, he should go to law school.

“I don’t actually think that’s a good reason to become a lawyer,” Murray says. “But that’s what people tend to think, and it worked out.”

Instead, the philosophy major with a talent for logic was drawn to the big, big questions—and found that the law offers plenty.

“How do we constrain and empower our democratic processes with the law?” he asks. “I always was interested in the tension between running a society with majority rule but also the lessons history teaches about minority rights and minority oppression. Are there principled ways to navigate that balance?”

Murray comes to Columbia Law School as an assistant professor of law after spending two years as an academic fellow at the University of North Carolina-Chapel Hill. “I’m interested in law and disagreement, law and conflict,” he says. “Constitutional law is the best place to explore those sorts of issues of public law.”

Murray’s scholarship focuses on “how the law orders our democracy,” he says. He has examined, for instance, “populist prosecutorial nullification”—that is, the decision of locally elected prosecutors not to try certain kinds of cases, such as low-level marijuana possession, in response to what they perceive to be the will of the electorate. His current work, focused on “discrimination over time,” considers new laws that appear to replicate old, discriminatory policies (such as Louisiana’s law allowing non-unanimous jury verdicts) and asks how the original wrongful discrimination should be taken into account when a new law is enacted—or whether the law should be revived at all.

“When you have an older policy that was problematic-slash-discriminatory, and a newer policy that can be said in some sense to be related to or descend from the older policy, how should we think about that?” he asks. “We have to take seriously the possibility that the bad things that someone did [in the past] might constrain their successors, even if their successors are actually operating in good faith.”

He expects to find some interesting answers to the big questions within the walls of Jerome L. Greene Hall, where he will teach Constitutional Law this fall and a seminar on race and the law in spring. What drew him to Columbia Law, he says, is the caliber of the students and the intellectual community.

“I wanted to be around people who are trying to investigate things that I’m interested in,” he says. “When you come somewhere, you say, ‘OK, who do you want to read your work and give comments on it?’ People who are going to have a particularly keen sense of what it is you’re trying to do.”

Murray’s approach to constitutional law was shaped by his clerkships with the U.S. Court of Appeals for the 10th Circuit. and the U.S. District Court for the District of Columbia. He has found that work to be good preparation for academia, he says, because of the variety of legal issues that came before those courts. The breadth of experience enabled him to range widely in his writing; in his current research, for instance, he is drawing on the law of remedies. He approaches legal scholarship in a way that is “as holistic as my expertise will permit, and I think that clerking aids with that.”

As an associate at Covington & Burling, Murray worked on a pro bono class action lawsuit, brought with the ACLU on behalf of Black and Latinx residents who had been stopped by police in Milwaukee, Wisconsin, over police stop-and-frisk practices. The result was a $3.4 million settlement with the city and a monitoring agreement. Murray then went to the NAACP Legal Defense and Educational Fund, where he wrote appellate briefs that, he says, were a good gateway to academic scholarship at UNC-Chapel Hill.

Before arriving in Morningside Heights in June, accompanied by his tabby cat, Bernadette, Murray spent the shut-in months of the pandemic listening to podcasts about his NBA team, the Atlanta Hawks, and engaging in “armchair hobbyist Early Christianity studies” that explored the historical evolution of the text, its authors, and its themes.

Murray grew up in Atlanta; his parents immigrated from the Caribbean where, he says, they came from families with few resources. Murray’s parents home-schooled their three children until high school. Being a child of immigrants “resonates in a sense of appreciating where I quote unquote started, even though I was born here,” he says. “Not to be dramatic about it, but I’m sure [my grandparents] would not have really imagined that I would be a law professor here.”

As a first-generation lawyer, he says, his background allows him to bring a different perspective to scholarship and teaching: “There are certain things I will think about differently than somebody whose parents have been here forever and all went to Princeton and Yale or whatnot. I think that’s an advantage for me in terms of thinking in novel, creative ways.”