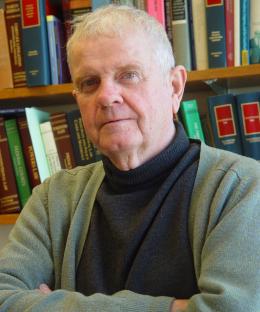 As one of the nation’s preeminent scholars of constitutional law and federal courts, Henry Paul Monaghan has inspired generations of students and practitioners through his teaching and writing. His rigorous and analytic work illuminates complex constitutional law and federal jurisdiction issues for scholars, lawyers, and Supreme Court justices alike.

Monaghan is best known for penning a series of landmark articles in both constitutional law and federal courts in the Columbia Law Review: “Marbury and the Administrative State” (1983), “Stare Decisis and Constitutional Adjudication” (1988), “The Protective Power of the Presidency” (1993), and “On Avoiding Avoidance, Agenda Control, and Related Matters” (2012). American Constitutional Law: Selected Essays (Carolina Academic Press, 2018) offers a primer on the overall trajectory of his constitutional law arguments.

Monaghan’s robust body of scholarship was recognized in 2017 by the Federal Courts Section of the Association of American Law Schools (AALS), which presented him as a co-recipient with the inaugural Daniel J. Meltzer Award. In 2010, he received Columbia Law School’s Medal for Excellence alongside Attorney General of the United States Eric Holder ’76. In 2019, he was elected to Who’s Who in America.

Since joining the faculty in 1984, Monaghan has played an instrumental role in enhancing Columbia Law School’s intellectual life. He helped develop the Center for Constitutional Governance, established to advance the study of constitutional structure and authority, and established a series of annual weekly summer workshops more than two decades ago on public law that engage faculty and visiting scholars in debate about trending legal issues and judicial rulings.

Marquis, Who’s Who in America

Member of the American Academy of Arts and Sciences