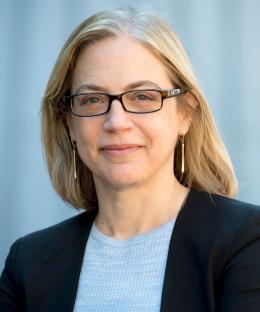 Metzger also has co-authored and filed numerous amicus briefs in major constitutional and administrative law challenges before the Supreme Court and other courts. Most recently, Metzger filed a brief in Seila Law Center v. CFPB, a separation of powers challenge, and in Kisor v. Wilkie, a case involving judicial deference to agencies. She has also filed briefs in cases involving reproductive rights and the Affordable Care Act, among others.

In 2014, the Law School’s graduating class awarded Metzger the Willis L.M. Reese Prize for Excellence in Teaching, recognizing, among many other accomplishments, her commitment to mentoring new generations of law students in particular.

Previously, Metzger served as vice dean of intellectual life at Columbia Law School. Before joining the Law School, she worked as an attorney with the Brennan Center for Justice. Metzger also clerked for U.S. Supreme Court Justice Ruth Bader Ginsburg ’59 and Judge Patricia M. Wald of the U.S. Circuit Court of Appeals for the District of Columbia. In 2018, Metzger moderated a panel discussion with Justice Ginsburg on impact litigation at Columbia Law School.

Metzger is currently on leave serving in the federal government. 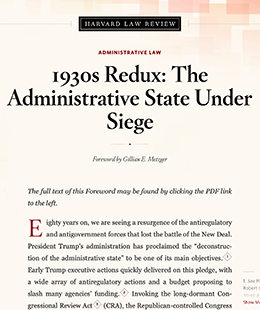 Renowned public law scholar and faculty co-director of the Law School’s Center for Constitutional Governance recognized for her exceptional commitment to helping tenure-track and mid-career faculty progress as scholars and teachers.

E.P.A. Ruling Is Milestone in Long Pushback to Regulation of Business

| The New York Times
In The Media