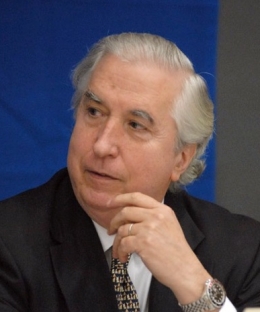 Coffee has been elected a Fellow of the American Academy of Arts and Sciences and is a Life Fellow of the European Corporate Governance Institute and the American Bar Foundation. He has also been repeatedly listed by the National Law Journal on its annual list of The 100 Most Influential Lawyers in America.

For his work in white collar crime, Coffee was awarded the Donald Cressey Award for Lifetime Achievement by the Association of Certified Fraud Examiners in 2011. For his work in corporate governance, Coffee received the Allen & Overy Law Prize in 2018 for “The Agency Costs of Activism: Information Leakage, Thwarted Majorities, and the Public Morality,” a paper exploring how the interests of activist investors can conflict with those of other shareholders.

Coffee’s scholarly books include Corporate Crime and Punishment: The Crisis of Underenforcement (2020), Entrepreneurial Litigation: Its Rise, Fall, and Future (2016); The Regulatory Aftermath of the Global Financial Crisis with Eilís Ferran, Niamh Moloney, and Jennifer G. Hill (2012); Gatekeepers: The Professions and Corporate Governance (2006); and Knights, Raiders, and Targets: The Impact of the Hostile Takeover with Louis Lowenstein and Susan Rose-Ackerman (1988).

Coffee has served as a reporter to The American Law Institute for its Principles of Corporate Governance, which set forth the fiduciary duties of corporate officers and directors. He also served on the Legal Advisory Committee to the New York Stock Exchange and on the Legal Advisory Board to the National Association of Securities Dealers (which formerly oversaw Nasdaq).

Coffee’s comments on current issues appear frequently in publications including The New York Times, The Wall Street Journal, and Financial Times, and he regularly testifies to congressional committees on issues of securities and finance law. He writes a column for the New York Law Journal on securities law and corporate governance. He is a recognized expert on both the Securities and Exchange Commission (SEC) and the Delaware Court of Chancery, the forum in which the vast majority of American commercial disputes are heard.

At Columbia Law School, where he has taught since 1980, Coffee founded and serves on the editorial board of The CLS Blue Sky Blog, where legal scholars and practicing lawyers write on current issues involving the capital markets. In his role as director of the Center on Corporate Governance, Coffee regularly organizes conferences at which leading experts in finance and law discuss and illuminate current issues in securities law and mergers and acquisitions. He frequently speaks on corporate governance and securities regulation issues in the United States and abroad. 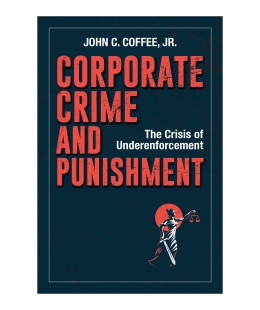 Corporate Crime and Punishment: The Crisis of Underenforcement

Coffee offers a series of bold proposals for ensuring that corporate malfeasance is punished. For example, he describes incentives that enforcement agencies could offer to corporate executives to turn in their corporations and to corporations to turn in their executives, allowing prosecutors to play them off each other. He also argues that whistleblowers should be offered cash bounties to come forward and that all federal enforcement agencies should be able to hire outside counsel on a contingency fee basis. Through these and other ideas, Coffee intends to rebalance the scales of justice.

Suits in Cuffs: How to Crack Down on Corporate Crime

| CNBC
In The Media