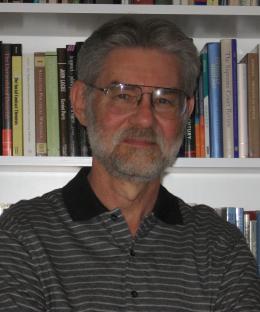 Vincent Blasi has taught at Columbia Law School since 1983. He is a free speech theorist and historian whose 1977 article, “The Checking Value in First Amendment Theory,” posited that one of the principal functions of the freedoms of speech and press is to “check the abuse of power by public officials.” His 1985 article “The Pathological Perspective and the First Amendment” advanced the thesis that the freedom of speech should be interpreted so as to make it as resilient as possible in periods of unusual public intolerance, anxiety, and scapegoating. In articles written in 1988 and 1999 he argued that the character ideal of civic courage should inform First Amendment analysis because such courage is a necessary element of individual and collective adaptation to ever-changing conditions. He has written a number of articles undertaking detailed critical readings of the classic arguments for free speech by luminaries such as John Milton, James Madison, John Stuart Mill, Learned Hand, Oliver Wendell Holmes, and Louis Brandeis.

In his course Ideas of the First Amendment, taught out of a casebook he authored, Blasi asks students to draw upon the classic arguments in order to critically evaluate landmark First Amendment opinions and contemporary debates about the meaning of the freedom of speech. He contributed a chapter, “Rights Skepticism and Majority Rule at the Birth of the Modern First Amendment,” for Columbia University President Lee Bollinger’s 2018 book, The Free Speech Century. He also wrote the chapter on the history of ideas for the Oxford Handbook of Freedom of Speech (Oxford, 2021).

In 1998 Blasi was elected a fellow of the American Academy of Arts and Sciences.

Trump Counted on the Courts to Deliver Him a Win. He Lost.

| U.S. News and World Report
In The Media

Freedom of Speech and Bibi’s Case 4000

| The Times of Israel
In The Media

States Are Using the Pandemic to Roll Back Americans’ Rights