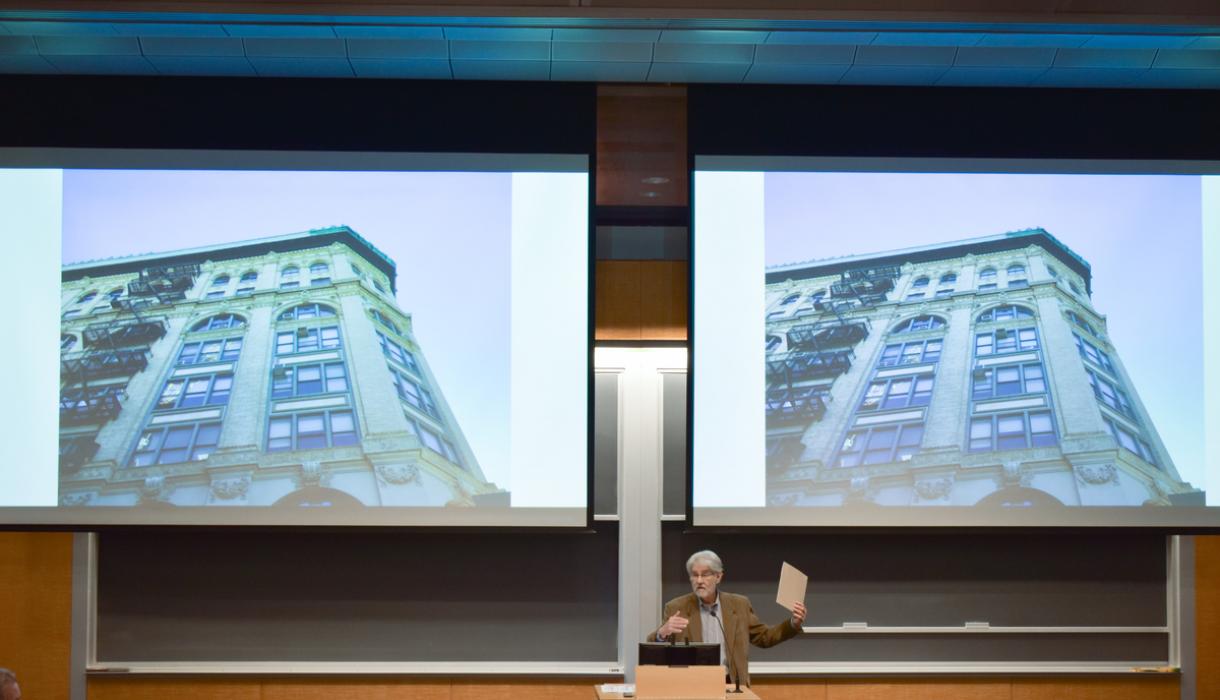 In Justice Oliver Wendell Holmes Jr.’s 1919 landmark dissent in the free speech case Abrams v. United States, he wrote that “the ultimate good desired is better reached by free trade in ideas—that the best test of truth is the power of the thought to get itself accepted in the competition of the market . . .” Holmes’s opinion is generally paraphrased as advocating the “marketplace of ideas” as a rationale for freedom of expression based on an analogy to the economic concept of a free market.

In that spirit of unfettered and vigorous dialogue, 20 First Amendment scholars and practitioners assembled at Columbia Law School on November 8 to trade ideas about the meaning, ramifications, and legacy of Holmes’s famous words. The day-long symposium, “Abrams at 100: A Reassessment of Holmes’s ‘Great Dissent,’” was organized by Vincent Blasi, the Corliss Lamont Professor of Civil Liberties at Columbia Law School, Thomas Healy of Seton Hall Law School (who received his J.D. from Columbia Law in 1999), and James Weinstein of the Sandra Day O’Connor College of Law at Arizona State University (ASU). The event was held in conjunction with the Knight First Amendment Institute at Columbia University, the Seton Hall Law Review, and the First Amendment Clinic at ASU. 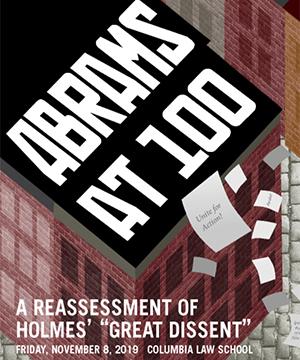 “This was a symposium for experts to go beyond their familiar positions and push each other to publish papers that will be important contributions to First Amendment scholarship,” said Blasi, who expects most of the participants to submit papers for a special issue of the Seton Hall Law Review that will be devoted to Holmes’s dissent.

Holmes’s opinion in Abrams (which was joined by Justice Louis Brandeis) helped to reframe how the First Amendment would be understood thereafter. “Even writing a dissenting opinion, Holmes lent his prestige and eloquence, which had an enormous impact on all subsequent discussions of free speech,” said Blasi.

Blasi kicked off the symposium with a colorful history of the Abrams case, in which the anarchist defendants were convicted of violating the Sedition Act of 1918 by distributing leaflets that were critical of the United States’ role in World War I and its deployment of troops to Russia. (They tossed them at passersby from the windows and roof of two buildings in downtown Manhattan.) Blasi illustrated his introduction with photos he took of the buildings, which still stand. He also projected a picture of Holmes’s standing desk, where the justice wrote his famously brief opinions, aiming to finish them before his legs gave out. “Holmes always said that there’s nothing like aching knees to make you stick to the point,” Blasi said with a wry smile.

Blasi, who has taught at Columbia since 1983, is one of the nation's most respected First Amendment scholars, and the event was, in essence, a tribute to him and his work. “He is a living legend in the First Amendment field,” said Columbia Professor David Pozen. “Only someone with his intellectual charisma and his passion for the history of free speech thinking could have inspired so many leading scholars to come together to grapple with the legacy of the Abrams dissent.”

“The symposium was in many ways a culmination of my career,” says Blasi. “I’m obviously biased, but I was delighted with it. I was gratified by how many leading scholars we were able to attract and even more gratified by how they extended themselves to open up new avenues of inquiry about Holmes and free speech. That so many of my students attended the symposium—several for all four panels—was what meant the most to me.”

Experts and Expertise at Abrams at 100

The conference featured four panels with scholars and practitioners from law schools across the United States:

●  The second panel, “The Marketplace of Ideas and the Search for Truth,” was moderated by Pozen and included RonNell Andersen Jones (Utah), Joseph Blocher (Duke), James Weinstein (ASU), and Tim Wu (Julius Silver Professor of Law, Science, and Technology at Columbia).

●  “Clear and Present Danger and the Matter of Harm” was moderated by Amy Adler (NYU) and featured Blasi, Catharine A. McKinnon (Michigan and Harvard), Frederick Schauer (Virginia), and Jeremy Waldron (NYU).

Learn more about the panels.