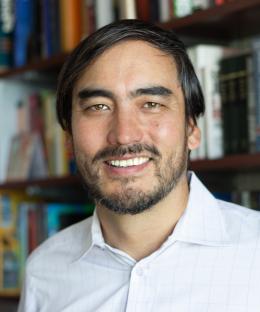 Widely known for coining the term net neutrality in 2002 and championing the equal access to the Internet, Tim Wu writes and teaches about private power, free speech, and information warfare. In recent years, he has been a leader in the revitalization of American antitrust and has taken a particular focus on the growing power of the big tech platforms. His tech breakup proposals, adopted by candidates, formed a significant part of the 2020 presidential debate. In 2021, he was appointed to serve in the White House as special assistant to the president for technology and competition policy.

A professor at Columbia Law School since 2006, Wu has also held posts in public service. He was enforcement counsel in the New York Attorney General’s Office, worked on competition policy for the National Economic Council during the Barack Obama administration, and worked in antitrust enforcement at the Federal Trade Commission. In 2014, Wu was a Democratic primary candidate for lieutenant governor of New York.

In his most recent book, The Curse of Bigness: Antitrust in the New Gilded Age (2018), he argues that corporate and industrial concentration can lead to the rise of populism, nationalism, and extremist politicians. His previous books include The Attention Merchants: The Epic Scramble to Get Inside Our Heads (2016), The Master Switch: The Rise and Fall of Information Empires (2010), and Who Controls the Internet? Illusions of a Borderless World (2006), which he co-authored with Jack Goldsmith.

Wu is a contributing opinion writer for The New York Times and also has written for Slate, The New Yorker, and The Washington Post. He once explained the concept of net neutrality to late-night host Stephen Colbert while he rode a rollercoaster. He has been named one of America’s 100 most influential lawyers by the National Law Journal; has made Politico’s list of 50 most influential figures in American politics (more than once), and has been included in the Scientific American 50 of policy leadership. He has testified before Congress on numerous occasions.

Wu is a member of the American Academy of Arts and Sciences. He served as a law clerk for Justice Stephen Breyer of the U.S. Supreme Court and Judge Richard Posner of the U.S. Court of Appeals for the 7th Circuit.

Wu is currently on leave serving in the federal government.

In episode four of Columbia Law’s new limited podcast series, hosted by Professor Eric Talley, Professors Lynnise Pantin and Tim Wu discuss the obstacles and opportunities for small businesses and entrepreneurs during the COVID-19 pandemic—and government’s role in helping them.

In Politics, It’s All About the Image—Especially in 2021

| Scroll.in
In The Press

| The New Yorker
In The Press

How Klobuchar and Hawley See Things When It Comes to Technology