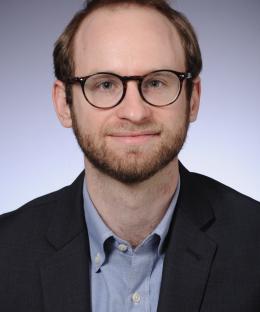 A noted legal historian, Jeremy Kessler writes primarily about First Amendment law, administrative law, and constitutional law. His forthcoming book, Fortress of Liberty: The Rise and Fall of the Draft and the Remaking of American Law (Harvard University Press, 2024) explores how the contested development of the military draft transformed the relationship between civil liberties law and the American administrative state.

Kessler is co-director of Columbia Law School's Legal History Workshop, and Columbia University’s new Workshop on Policy Knowledge, a project of the Center for Political Economy at Columbia World Projects. He also serves on the ABA’s Committee on the History of Administrative Law.

Earlier in his career, Kessler clerked for Judge Pierre N. Leval of the U.S. Court of Appeals for the 2nd Circuit. His prior positions include the David Berg Foundation Fellowship at the Tikvah
Center for Law and Jewish Civilization at NYU School of Law, a graduate fellowship at Benjamin N. Cardozo School of Law, and the Harry Middleton Fellowship in Presidential Studies at the
Lyndon B. Johnson Presidential Library.

During his time at Yale Law School, Kessler was a Legal History Fellow and the executive editor of the Yale Journal of Law and the Humanities.