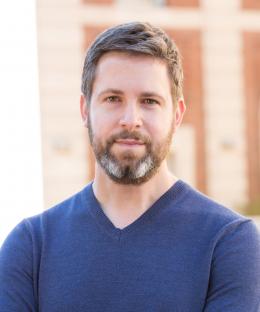 David Pozen teaches and writes about constitutional law, information law, and nonprofit law, among other topics.

In 2019, the American Law Institute named Pozen the recipient of its Early Career Scholars Medal, which is awarded every other year to “one or two outstanding early-career law professors whose work is relevant to public policy and has the potential to influence improvements in the law.” Justice Mariano-Florentino Cuéllar of the California Supreme Court, the selection committee chair, described Pozen’s writings on government secrecy and constitutional theory as “remarkable” and “widely influential,” “as timely as they are learned and as creative and thought-provoking as they are nuanced and precise.”

Pozen’s body of work includes dozens of articles, essays, and book chapters. He has also edited two volumes for Columbia University Press, on transparency (2018) and free speech (2020), and been a semi-regular contributor to the Balkinization and Lawfare blogs. He has been the keynote speaker at numerous academic conferences, in the United States and abroad, and his scholarship has been discussed in outlets including The New York Times, The New Yorker, The Washington Post, Harper’s, Politico, American Scholar, and NPR.

In 2017, Pozen became the inaugural visiting scholar at the Knight First Amendment Institute at Columbia University. In 2013, the student-run Columbia Society of International Law recognized Pozen with its Faculty Honors Award.

From 2010 to 2012, Pozen served as special adviser to Harold Hongju Koh, legal adviser at the U.S. Department of State. Previously, Pozen was a law clerk for Justice John Paul Stevens on the U.S. Supreme Court and for Judge Merrick B. Garland on the U.S. Court of Appeals for the District of Columbia Circuit and was a special assistant to Sen. Edward M. Kennedy on the Senate Judiciary Committee. 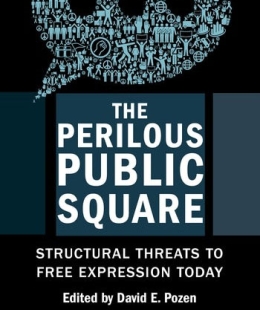 This book, edited by Pozen, brings together leading thinkers to identify and investigate current multifaceted threats to free expression. The authors pinpoint key structural changes in the means of mass communication and forms of global capitalism. The book begins with Julius Silver Professor of Law, Science and Technology Tim Wu’s, inquiry into whether the First Amendment is obsolete and includes other prominent scholars exploring ways to address dangers to free speech and preserve the essential features of a healthy democracy.

The Era and the U.S. Archivist: Anatomy of a False Claim