Now a partner at Munger, Tolles & Olson, Verrilli discusses the courses he teaches at Columbia Law School, the biggest mistake of his storied career, the experience of arguing before the Supreme Court, and the rewards of public service. 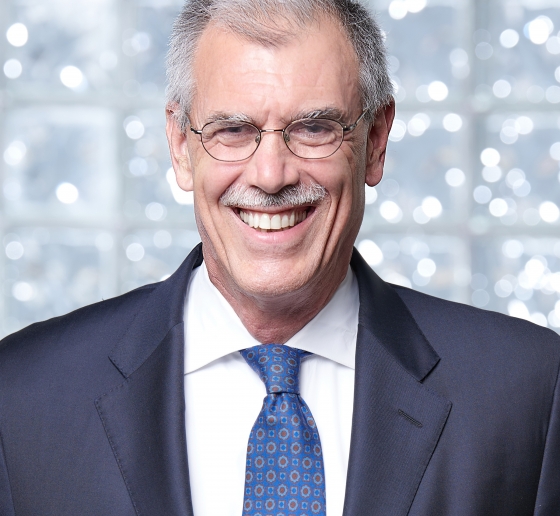 As the U.S. solicitor general from 2011 to 2016, Donald B. Verrilli Jr. ’83 was one of the two most influential lawyers in the United States (the other being U.S. Attorney General Eric Holder ’76). During his tenure, Verrilli won landmark cases at the U.S. Supreme Court, defending the Affordable Care Act and advocating for same-sex marriage. He has appeared before the court dozens of times as a government official and as the longtime co-chair of law firm Jenner & Block’s Supreme Court practice and now as the head of Munger, Tolles & Olson’s Supreme Court practice. He’s argued cases on issues including antitrust, copyright, criminal law, the environment, the First Amendment, the separation of powers, and voting rights.

Verrilli’s history with the court dates to 1984, when he was a clerk to Justice William J. Brennan. In 1986, after a year as a fellow at Columbia Law School, Verrilli launched his private practice career in Washington, D.C., and in 1992, he began teaching as an adjunct professor at Georgetown Law, where his First Amendment course “was essentially a carbon copy of the course I took from Vincent Blasi while I was at Columbia, and I modified it over time,” he says. Verrilli took a hiatus from teaching while serving in the Obama administration from 2008 to 2015. When he returned to private practice, he also became a lecturer in law at his alma mater.

Why do you enjoy teaching at Columbia Law School?

Being a student at Columbia Law School was a very important part of my life. I still feel a very strong connection to the place. It’s been pure joy to co-teach the Political Theory and the First Amendment seminar [planned to be offered again in spring 2021] with Vince Blasi and Tim Wu. Tim’s the big thinker who considers how traditional ideas play themselves out in the future given advances in technology. Vince is really the philosopher; he’s been thinking about the history of ideas and how freedom of speech fits in for a very long time. And I’m more of the practical person who’s been out in the world litigating cases involving these principles and trying to think in a litigation framework about how these principles will evolve in the future. So it's just a great synergy among the three of us.

You and Gillian Metzger ’96 are again co-teaching a seminar on The Roberts Court this fall. How will the course be different from when you taught it in 2018, and what do you appreciate about sharing a classroom with her?

The Supreme Court has become more emphatically the Roberts Court since we taught the class two years ago. Chief Justice John Roberts is now the deciding vote on virtually every consequential 5-4 decision, and his willingness to chart his own course is really an emerging theme of the court’s jurisprudence. Gillian is an extremely gifted teacher with incredible sensitivity to the dynamics of classroom discussion. She knows how to focus the discussion to keep it on track and is especially good at drawing out the more reticent students. And the depth of understanding she brings to the subjects we discuss in class is amazing. I learn from her, both substantively and pedagogically, in every class.

Why did you begin your career in private practice rather than going straight into government work?

I had anticipated that I would work in government for at least a significant part of my career. I ended up not doing so. There weren’t many opportunities that made sense for me during the Reagan and Bush presidencies. I did have several opportunities to go into government during the Clinton administration. But I would look at what I was doing in my private practice and compare it with the government jobs I was being offered, and I always felt that what I was already doing was more rewarding. But part of that, as I look back on it, was ego—I thought that the kinds of positions that I was being offered in the government were insufficiently important for a big shot like me. And it was really arrogant and wrong, and I didn’t learn until I eventually went into the government how wrong it was.

How did you land your first government job in the Obama administration?

In 2008, I decided that I was going to take a job in the Justice Department no matter what. If they wanted me to come sweep the floors, I would come sweep floors. I was just not going to make the same kind of mistakes that I had made earlier, because by now I was in my 50s. A very close friend of mine, David Ogden, had become the deputy attorney general, and I thought I could be useful in helping him and helping the government. I took a job as deputy associate attorney general. It sounds like a big fancy job, but it’s not. It’s a good job if you’re 35 or 40. But I just decided I wasn’t going to get hung up on the idea of whether the position was important enough, and it was the best professional decision I ever made.

What was the best aspect of that job?

It was intrinsically rewarding in all kinds of ways. A significant matter I worked on right away was whether to release the so-called torture memos from the Office of Legal Counsel that had been written during the Bush administration and justified the use of enhanced interrogation techniques. And that was very, very contentious within the executive branch as to whether to release those memos in response to a Freedom of Information Act request. It just sort of fell to me to be one of the people leading the effort on it. And I was of the view, which ultimately prevailed with the president, that the only way really to put that chapter behind us was to disclose the memos and let people see them. I did that job for about a year, and then they asked me to come over to the White House when Bob Bauer took over as White House Counsel, in 2010. After a year and a half there, I was fortunate to be chosen to be solicitor general.

As solicitor general, did you think of yourself as representing the president or the American people?

You represent the American people in the sense that your job is to advance the long-term institutional interests of the government. A particular president and a particular administration can have views of what is in the long-term interest of the government. The Affordable Care Act is a good example of that. President Obama’s policy was to move the country closer to universal access to affordable health insurance. Then Congress enacted that law, and therefore it became the policy of the United States. It fell to me as solicitor general to defend it against constitutional, statutory, and regulatory challenges.

With respect to marriage equality, it was a little bit different. It wasn’t about embodying that policy judgment in the statutes but about arguing in favor of the underlying principle that people should not be discriminated against because of their sexual orientation. In that respect—and I don’t want to sound self-aggrandising here—it was parallel to the decision of the Truman administration in the 1940s and 1950s to press for overruling Plessy v. Ferguson (1896) [which established the doctrine of separate but equal] and ending lawful segregation. The Truman administration intervened in Supreme Court cases because its position was that doing so was in the long-term interests of the United States.

How do you feel when you’re giving oral arguments before the nine Supreme Court justices?

In most cases, the stakes are high, and in some instances—like the voting rights case we lost, Shelby County v. Holder (2013)—there’s a lot of public scrutiny. But once you get up to the lectern, in order to discharge your responsibilities in the way they ought to be discharged, you need to block everything out. My mental image when I’m up there is that the world has shrunk down to me and the nine of them. I don’t think, “How are these words going to sound?” I’m only thinking about the way to be most effective given the views of each of the nine justices.

Do you think Supreme Court arguments should be televised?

I’m ambivalent. On the one hand, we’re an open, democratic society—people can come in and watch the proceedings live and the audio comes out a few days later. And the U.S. Court of Appeals for the 9th Circuit, for example, has a live video stream and an online archive of videos. But I worry that if there are cameras in the courtroom then advocates can’t confine their field of vision to just the nine justices because they’re going to have to be conscious of not creating a piece of video that could be very damaging to their client’s interests. And I think that is a genuine cause for concern, much in the same way the advent of C-SPAN’s cameras in the House and in the Senate probably changed the nature of debate there.

Having said all of that, I have argued a number of times in the 9th Circuit since I came back to the private sector, and I didn’t pay any attention to [the live camera] at all. So maybe my fears are wrong.

How do you feel about the way Attorney General William P. Barr is leading the Justice Department?

Gravely concerned. In many ways. I think it’s really hard for the people who work in the Justice Department, even for the political appointees, because the president is consistently acting in ways that violate our norms, that are wrong, and that are deeply inappropriate. It puts the department’s lawyers in a terrible position. They have to decide on a regular basis if what’s happened is so bad that they should resign. That’s a hard question because you want to stay in there and try to preserve the institutional integrity of the Department of Justice.

Would you ever return to government service?

I’d be very open to it. It was an enormously rewarding experience.

What is your advice to Columbia Law students who are thinking about devoting part or all of their careers to public service?

Jobs in the federal, state, and city government offer enormous benefits for young lawyers. You will gain much more experience as a leader. You might also be more responsible for making hard decisions about how to litigate a case than you would be in a Big Law firm early in your career. Lawyers I’ve known in the Department of Justice and the executive branch really cared about their work—and the work made them feel good. Devoting your energy on a full-time basis to the public is something we ought to encourage as a value and as a profession. Hopefully, I am setting an example for students. My message is: Hold yourself to high ideals, take the concept of justice seriously, and try to make it real in the world in lots of different ways.