The fellowships are supported by the government of India in honor of University Professor Jagdish Bhagwati. 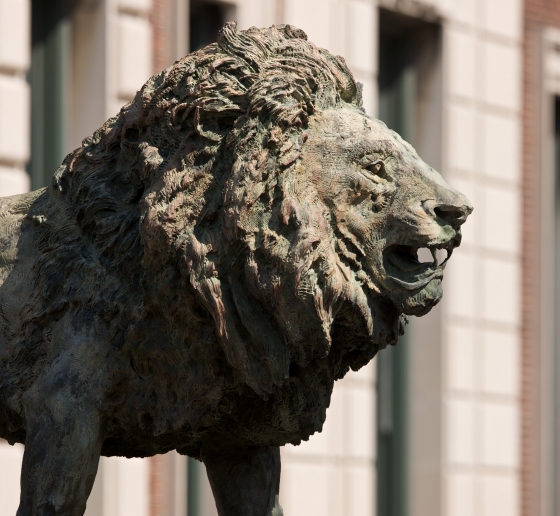 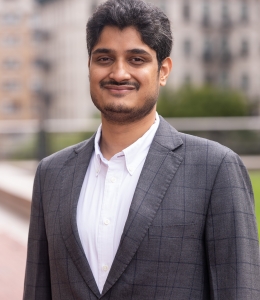 Passionate about current events, experienced with technology, and skilled in public speaking, Kartikeya Asthana ’22 LL.M. has used his law degree to keep himself “close to the ground,” he says. “My problem is that I’m curious about a lot of things,” he jokes.

In the six years since graduating from West Bengal National University of Juridical Sciences, Asthana has practiced in the areas of criminal defense and commercial arbitration, clerked for Justice Arjan Kumar Sikri of the Supreme Court of India, and co-authored India’s official discussion paper on national strategy on artificial intelligence for NITI Aayog, the Indian government’s foremost policy think tank. Asthana’s chapter focused on AI ethics, security, and privacy.

“That opportunity was the first time I got a glimpse of pursuing something at the intersection of technology and law,” he says. Now, Asthana plans to use his year as a Jagdish Bhagwati Fellow to prepare to specialize in digital trade and data protection, both in policy and litigation.

Data as a product—whether in the form of digital entertainment or e-commerce—is becoming an important topic in international trade negotiations, Asthana says. “There’s going to be a push for uniformity in standards, uniformity in taxes. . . . There’s a lot of scope for agreement and changes in the World Trade Organization as a platform. There’s also a lot of scope for disputes, which as a lawyer, excites me.”

Asthana says he already loves New York. “Every moment, I just get goosebumps, and I pinch myself. I’m in the best city in the world.” Being on campus, after 18 months of pandemic imposed isolation, is a joy. “The professors are so good, being surrounded by smart people, by caring people. I’m meeting people from across cultures, backgrounds. It’s been a huge learning curve for me, and I’m loving it,” he says. “I hope this year never comes to an end.” 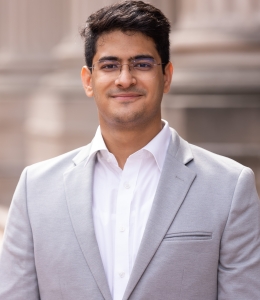 Participating in an undergraduate moot court competition is what interested Adeet Dobhal ’22 LL.M. in international trade and its regulation. “I realized the implication trade rules have and how much they can affect a country’s growth and, frankly, the fight to come out of poverty,” he says. “They play a really strong role in helping countries develop.” After earning his law degree from Amity Law School, Noida—where he won the award for best all-round student—Dobhal worked as a senior research fellow for the Centre for WTO Studies, at the Indian Institute of Foreign Trade (part of the Indian government’s Department of Commerce). There, he worked on and provided legal advice to the government on international trade issues and World Trade Organization disputes and negotiations. His legal research supported policy formulation and trade negotiations, particularly on agriculture—an area that has been directly affected by the global pandemic. The disruption caused by the COVID-19 crisis “makes for a stronger case to have more-resilient supply chains,” he says.

Dobhal says his LL.M. year will give him the opportunity to build on his previous experience and expertise in international trade law and become familiar with related areas of international law, preparing him for the challenges ahead: “In an era of increasing integration and globalization, it is difficult to predict how the trading world reacts to new and evolving legal issues. This LL.M. is also my way of navigating what might be and not just what has been.”

Dobhal has embraced life in New York: visiting Central Park and the Statue of Liberty and, as a foodie, exploring the range of cuisines in the city. He’s already identified his favorite pizza place: Joe’s Pizza in Greenwich Village. “I’ve been recommending it to everyone I meet.” 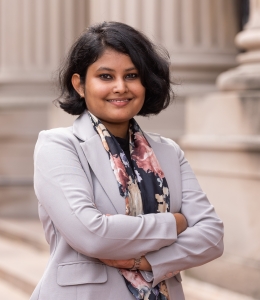 For Sunayana Sasmal ’22 LL.M., undergraduate studies in economics and international trade law showed her the significance of trade in achieving “a more equitable distribution of resources across the world,” she says. “The world is kind of divided into developing and developed. And we need to reach some kind of a balance between the two.”

For India, “there is so much potential for trade going forward,” Sasmal says, “I want to be in this area to make a difference to my country, which is why I chose to work with my government.” After completing her studies at National Law University, Jodhpur, Sasmal worked in a research role at CUTS international, a grassroots trade and development organization, and then joined the Centre for WTO Studies at the Indian Institute of Foreign Trade (part of the Indian government’s Department of Commerce). There, she worked on India’s global trade positions in services trade and digital trade and provided assistance to the Indian delegation on fisheries subsidies negotiations at the World Trade Organization. The debates about regulating national subsidies for the industry have been, as Sasmal put it, “heated.”

“I really got an idea, a flavor, of how it feels to work in policy, looking at government priorities,” she says, “and then figuring out to what extent India can liberalize its sector”—for example, while addressing concerns for domestic fisheries and ensuring food security.

Sasmal chose Columbia Law School for an LL.M. so she could study with international trade expert Petros C. Mavroidis, Edwin B. Parker Professor of Foreign and Comparative Law and to broaden her perspective with courses in investment law and internet law. Her schedule is packed with a research assistantship, work on the Columbia Journal of European Law, and an internship at the Columbia Center on Sustainable Investment. “I’ve got my hours filled, but I’m enjoying every bit of it,” she says.

Sasmal has managed, though, to squeeze in a trip to a Broadway show. “Broadway was a lovely, lovely experience,” she says. “I’m convinced that I need to watch many, many other shows before I leave.”