Since 1858, Columbia Law School has been a world leader in legal education. Learn more about our history-defining moments.

Columbia University was founded in 1754 as King’s College, which was located in a schoolhouse in Trinity Church in Lower Manhattan. As one of the oldest institutions of higher education in the United States (and the oldest institution of higher learning in New York), Columbia has shaped the laws and judicial systems of the country for more than two centuries. Founding Father Alexander Hamilton and John Jay were students.

1793: Columbia’s first professor of law leaves behind a legacy of pioneering legal scholarship. 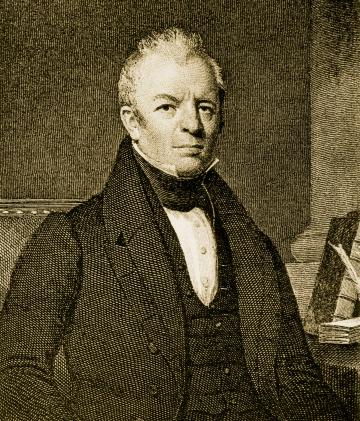 James Kent (left) was named the first professor of law at Columbia. His seminal lectures on jurisprudence were published as the four-volume Commentaries on American Law, which influenced legal thought for generations.

The Law School, one of the first independent law schools in the nation, opened its doors in 1858 as Columbia College of Law. Theodore Dwight became the school’s first warden (an earlier name for the dean) and introduced a new mode of legal pedagogy known as “The Dwight Method.” In lieu of the prevailing office apprenticeship as a means of legal education, Dwight developed a formal program of law, using lectures, examinations, recitations, quizzes, moot trials, and Socratic dialogue with the student. 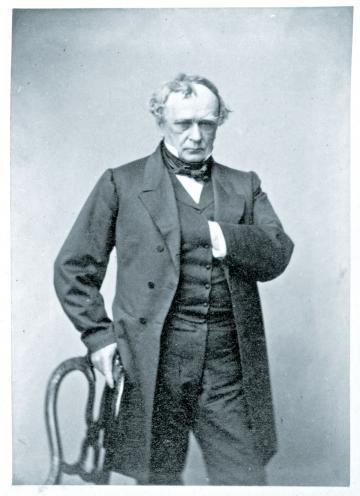 1863: Law School professor drafts the first modern codification of the laws of war.

During the Civil War, Professor Francis Lieber (right)—a political philosopher and pioneering international law scholar—was commissioned by President Abraham Lincoln to draft General Order No. 100, the first compilation of laws of war, which established how soldiers should conduct themselves. Now known as the Lieber Code, the 1863 document became the foundation for future laws of war, including The Hague and Geneva Conventions.

George Henry Schanck graduated from Columbia Law School in 1882, setting a path for others to follow. The legendary actor and activist Paul Robeson graduated in 1923, and his legacy has been celebrated by the Law School’s Black Law Students Association for more than two decades with its annual Paul Robeson Conference and Gala. 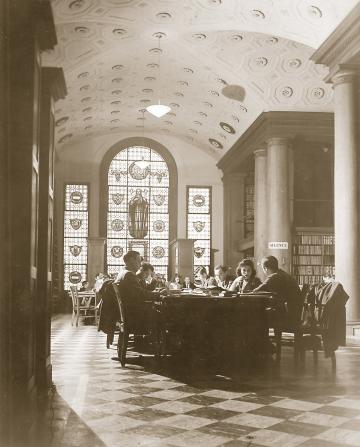 In 1897, the university moved to its current location on the Upper West Side of Manhattan. McKim, Mead and White designed the neoclassical campus as an academic village to house the undergraduate college, the Law School, and other graduate schools.

1901: The inaugural edition of the Columbia Law Review is published.

The Columbia Law Review was founded in 1901 as a publication devoted to legal scholarship and legal thought. The student-run journal (one of 14 at the Law School) publishes articles by renowned legal scholars and lawyers as well as student-written notes and has for decades been one of the most widely distributed and cited law reviews in the country. 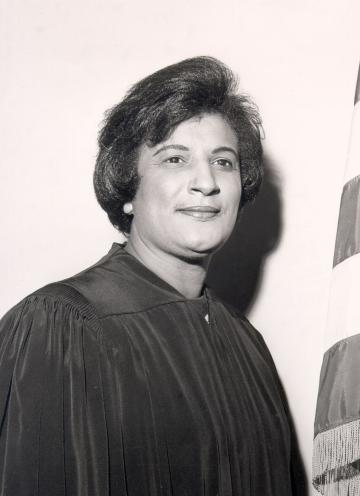 1931: The Law School formally adopts a global perspective on law.

The formation of the Parker School of Foreign and Comparative Law in 1931 made the Law School an early leader in the study of foreign legal systems. International law expert Oscar Schachter ’39 helped the newly formed United Nations establish itself from its inception in 1945, and later served as director of the U.N. Legal Division. He would become known as the architect of the U.N.’s legal framework.

In the midst of the Great Depression, Columbia Law School Professor Walter Gellhorn ’31 became one of the nation’s leading experts in administrative law. When Franklin Roosevelt became president of the United States in 1933 (following in the footsteps of his cousin and fellow former Columbia Law School student Theodore Roosevelt), many faculty members, including Adolf A. Berle, who was part of the president’s “brain trust,” converged on Washington, D.C., to help implement the New Deal.

Columbia Law was the driver behind the creation of the first LSAT. In 1948, after the admissions director questioned whether there might not be a better test than what was being used in 1945, Professor Willis Reese (for whom our annual teaching prize is named) developed a new test that would correlate with first-year grades rather than bar passage rates. 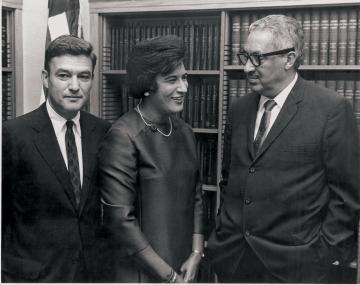 In his capacity as counsel for the NAACP Legal Defense and Educational Fund (LDF), the late Jack Greenberg ’48 (far left) successfully argued Brown v. Board of Education before the Supreme Court. The 1954 landmark decision set in motion the end of legalized segregation in America. The legal team for the case included LDF Director-Counsel Thurgood Marshall (near left) as well as Columbia Law School faculty members and alumni such as Constance Baker Motley ’46 (center), Jack Weinstein ’48, Robert L. Carter ’41 LL.M., and Professor Charles Black. Greenberg would later take over for Marshall as the head of the LDF.

1970 to 1980s: The Law School becomes an international leader in human rights law.

The Center for Law and Economic Studies was founded in 1975 by the late Professor Harvey Goldschmid ’65, a leading advocate for shareholders’ rights, and Ira Millstein ’49. As a commissioner of the SEC from 2002 to 2005, Goldschmid played a significant role in developing regulations to deter insider trading.

One of the first American law schools to offer courses in Japanese law, Columbia founded the Center for Japanese Legal Studies in 1980. Our Toshiba Library for Legal Research has the largest collection of Japanese legal materials in a U.S. university. The Center for Chinese Legal Studies followed in 1983. Columbia Law School is now also home to centers for Korean, European, and Israeli legal studies.

In the early 1990s, Columbia Law School established the Center for Public Interest Law (now called Social Justice Initiatives) and became one of the first law schools to institute a pro bono requirement. Students must perform at least 40 hours of volunteer lawyering before graduation. Current pro bono projects send students around the globe to assist people and communities seeking access to justice.

1997: Ahead of the tech bubble, the Kernochan Center drives innovation in the IP space.

Founded in 1997, the Kernochan Center for Law, Media, and the Arts helps students navigate the ever-changing legal aspects of intellectual property in the digital age.

2000s: Study abroad opportunities open up around the globe. 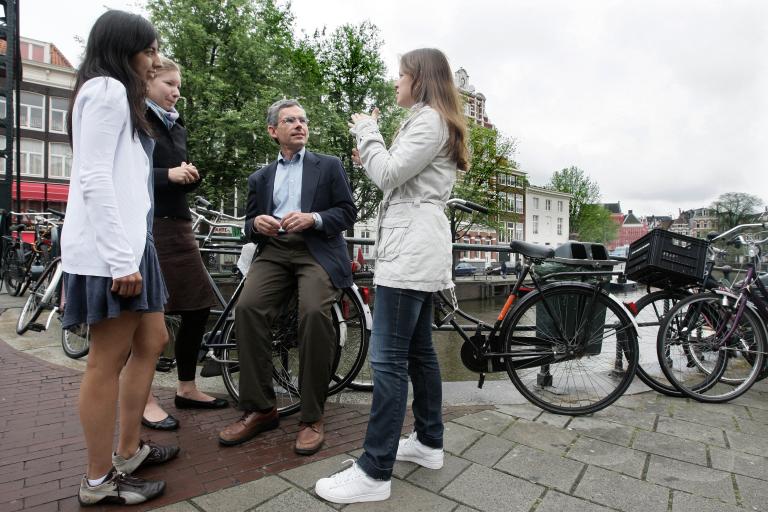 In 2006, the Law School opened the nation’s first clinic dedicated to sexuality and gender law, which continues to provide students with training in impact litigation, legislative work, and community advocacy.

Founded in 2009, the Sabin Center for Climate Change Law leads the charge in global climate change regulation and policy. The center works with our Environmental Law Clinic and partners with Columbia University’s renowned Earth Institute.

In 2010, the Law School launched a three-year dual degree with Columbia Business School, complementing the four-year program already in place. Law School students also can take courses for credits toward their J.D. from eight of Columbia’s graduate schools, including the School of International and Public Affairs and the Journalism School. 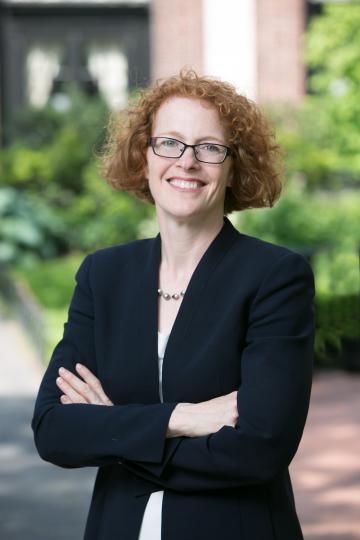 As part of Dean Lester’s bold vision for the school, she established task forces on global initiatives and curricular innovation, as well as a renewed focus on enhancing the student experience and building a stronger sense of community among students, faculty, and alumni. Under her stewardship, Columbia Law School is, more than ever, an institution that prepares students to be exceptionally capable, ethical, and resourceful leaders.

1 Due to the absence of University records dating back to 1882, the name of Columbia Law School's first Black graduate was incorrectly listed for several years. As a result of historical research undertaken by faculty and students, this page has now been corrected to reflect that George Henry Schanck was the first Black person to graduate from Columbia Law School.

The Academic Side of RBG 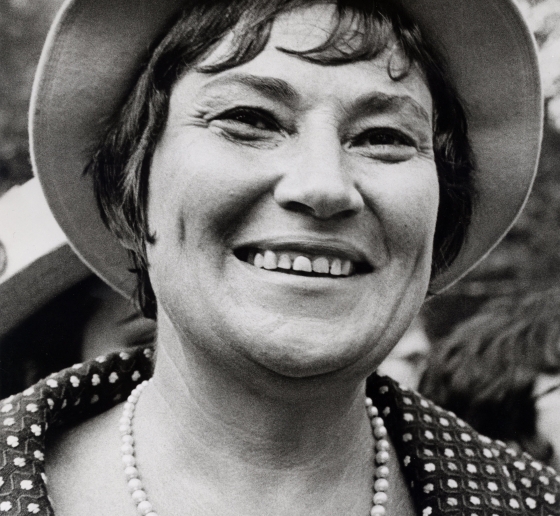 “A warrior for every social justice movement of her day.”

Bella Savitsky Abzug was born in the Bronx on July 24, 1920, to Russian-Jewish immigrant parents. She was a civil rights activist throughout her life.

Abzug liked to say she was “born yelling.” As a young woman, she delivered impassioned speeches in the New York City subway for causes she championed. She continued making an impact with her words throughout her career. Watch her in action.

Life On and Off Campus

At Columbia Law, Abzug served as editor of the Columbia Law Review. During World War II, she took a sabbatical to work at a shipyard. She also married Martin Abzug in 1944 (they remained married until his death in 1986). Listen to her speaking at Columbia.

After graduating from Columbia Law, Abzug worked as a civil rights lawyer, including in the highly publicized case of Willie McGee, a Black man from Mississippi charged with raping a white woman.

In the 1960s, Abzug founded Women Strike for Peace, a group that lobbied for a ban on nuclear testing, and marched to protest the Vietnam War.

In 1970, at the age of 50, Abzug ran for and won a seat in Congress under the slogan, “This woman’s place is in the House—the House of Representatives.”

The Freedom of Information Act.

The Equality Act of 1974, the first bill in U.S. history that aimed to protect gay people from discrimination.

In 1991, she co-founded the Women’s Environment & Development Organization, a global women’s advocacy organization that promotes human rights, gender equality, and the integrity of the environment.

“When Abzug first took office in 1971, there were only 13 women in the House of Representatives. By the time she left in 1977, she was one of 18 women in that chamber. Today, there are 101. When she ran (unsuccessfully) for the U.S. Senate from New York in 1976, there were no women in the Senate; today there are 26.” (“Feminist Activist Bella Abzug Paved the Way for Women Politicians,” Teen Vogue)