A symposium hosted by the Center for Gender and Sexuality Law examined how to make a 28th Amendment a reality and the ERA’s implications for other protected classes. 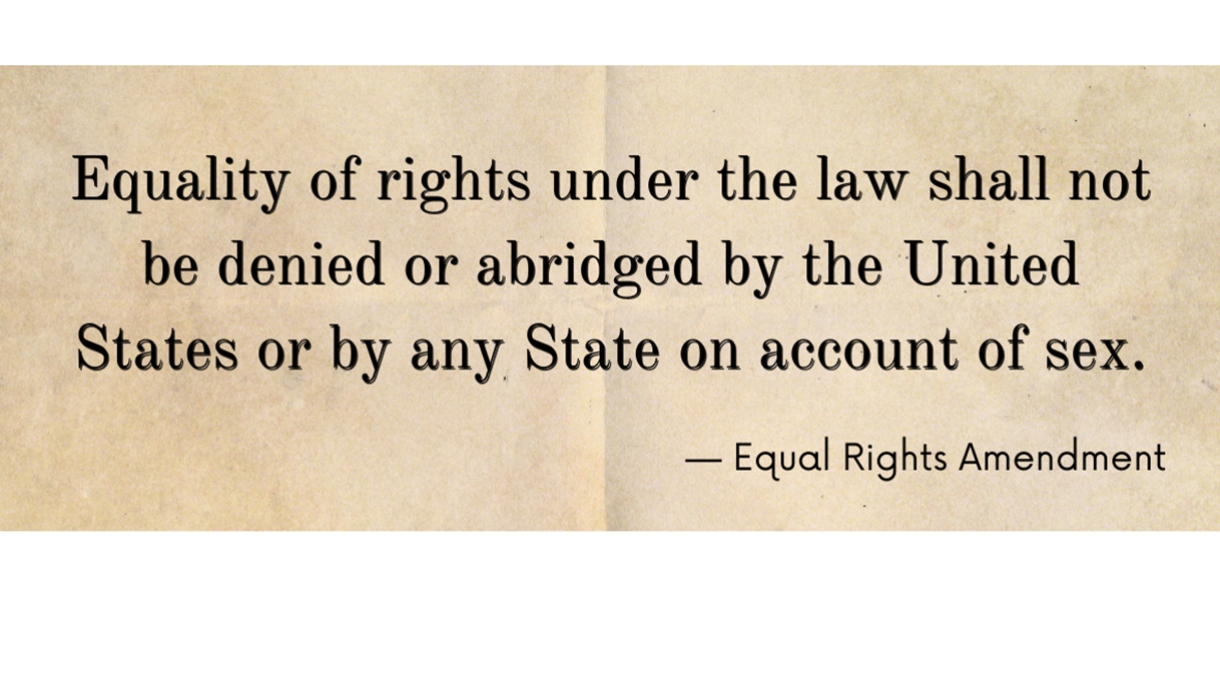 Nearly a century after it was first proposed, and a half-century after being passed by Congress, an equal rights amendment is still needed to strengthen gender equity before the law, New York Attorney General Letitia James said at a Columbia Law School symposium focused on the legal status and ratification possibilities of the ERA.

“The current standard for deciding sex discrimination cases is complex and unwieldy, and it allows an unsympathetic court to water down protections,” James said. A “strict scrutiny” standard, which the ERA would provide, “could help us win cases.”

An equal rights amendment, whether to the New York or federal Constitution, would strengthen the ability of state prosecutors to win gender discrimination cases under Title IX, pregnancy discrimination laws, and the Violence Against Women Act, James said.

“We needed an ERA a century ago, we needed one in Shirley Chisholm’s day, and we need an ERA today. Because whenever the pendulum swings on rights for women, someone is always trying to swing it back,” James said.

Sponsored by the ERA Project of the Center for Gender and Sexuality Law and the Columbia Journal of Gender and Law, the two-day symposium, “The ERA: A New Guarantee of Sex Equality in the U.S. Constitution,” featured James as keynote speaker and panel discussions that examined what a modern vision of gender equality could embody and how that vision might be realized through a constitutional Equal Rights Amendment (ERA). In 2020, Virginia became the 38th state to ratify the ERA, passed by Congress in 1972, but missed the seven-year deadline imposed by Congress. A proposed equal rights amendment to the New York State Constitution, which includes gender identity, sexual orientation, race, and national origin, is currently before the legislature.

In welcoming participants, Gillian Lester, Dean and Lucy G. Moses Professor of Law, praised Columbia Law School students who worked with the ERA Project “to make the case that stubborn forms of sex-based inequality justify the effort to amend the Constitution to explicitly bar sex discrimination.”
Thanks to the center, Columbia Law is “the most distinguished law school in the country for training the next generation of advocates working to expand gender-based justice,” Lester said.

The ERA Project develops research, policy papers, and strategic leadership on the role of the ERA in advancing the larger cause of gender-based justice. Panelists at the symposium, which was attended by law students, included Nash Professor of Law Kendall Thomas and Professor of Law Kate Andrias. Symposium moderators included Olatunde C. Johnson, Jerome B. Sherman Professor of Law, and ERA Project Director Ting Ting Cheng.

In “The Meaning of a 21st-Century ERA,” David Pozen, Charles Keller Beekman Professor of Law, pointed out that, in its rough road to ratification, the ERA is not unusual. Few constitutional amendments have had simple paths to incorporation in the Constitution under Article 5, he said.

“For all that is distinctive about the ERA saga, there’s nothing distinctive or unusual about the legal uncertainty that surrounds its status right now,” Pozen said, adding that the same is true for other amendments, including the 27th Amendment on Congressional pay, which was passed by Congress in 1789 and achieved sufficient state ratification in 1992.

The decision on whether the ERA has satisfied the requirements for ratification should be made by Congress, Pozen said. “We don’t have a robust history of the [Supreme] Court telling us what Article 5 means and people complying.” That’s appropriate, Pozen added. “Congress, not the courts, should be seen as the primary arbiter of the amendment’s validity.’’

The symposium, held two years after Virginia’s ratification of the ERA, also occurred one year after the founding of the ERA Project at the Center for Gender and Sexuality Law. Katherine Franke, the center’s faculty director and James L. Dohr Professor of Law, said, “In that one year we’ve made an enormous impact in the thinking about how to get the ERA finally ratified, and what it will mean.”

A clear theme of the symposium “has been the words of Frederick Douglass that ‘Power concedes nothing without a demand,’” Franke said. “The ERA can be that demand. But it’s not one we make only to the courts. It’s one we make to the entire society.”