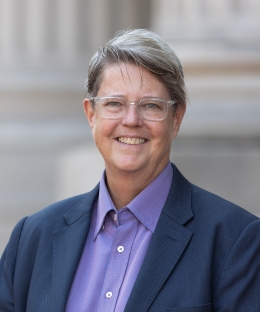 Katherine Franke is the James L. Dohr Professor of Law at Columbia University, and Director of the Center for Gender & Sexuality Law. She is also on the Executive Committees of Columbia’s Institute for the Study of Sexuality and Gender, and the Center for Palestine Studies. She is among the nation's leading scholars writing on law, sexuality, race, and religion drawing from feminist, queer, and critical race theory.

Professor Franke is the founder and faculty director of the Law, Rights, and Religion Project, a think tank based at Columbia Law School that develops policy and thought leadership on the complex ways in which religious liberty rights interact with other fundamental rights. In 2021, Professor Franke launched the ERA Project, a law and policy think tank to develop academically rigorous research, policy papers, expert guidance, and strategic leadership on the Equal Rights Amendment (ERA) to the U.S. Constitution, and on the role of the ERA in advancing the larger cause of gender-based justice.

Professor Franke is currently leading a team that is researching Columbia Law School’s relationship to slavery and its legacies.

Her first book, Wedlocked: The Perils of Marriage Equality (NYU Press 2015), considers the costs of winning marriage rights for same sex couples today and for African Americans at the end of the Civil War. She was awarded a Guggenheim Fellowship in 2011 to undertake research for Wedlocked. Her second book, Repair: Redeeming the Promise of Slavery’s Abolition (Haymarket Press 2019), makes the case for racial reparations in the United States by returning to a time at the end of slavery when many formerly enslaved people were provided land explicitly as a form of reparation, yet after President Abraham Lincoln was assassinated the land was stolen back from freed people and given to former slave owners. 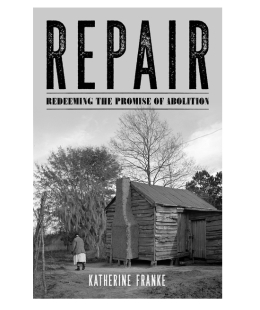 Repair: Redeeming the Promise of Abolition

Katherine M. Franke compiles first-person accounts of formerly enslaved people in this argument for reparations. Through historical examples, Franke unpacks intergenerational, systemic racism, and white privilege at the heart of American society and argues that reparations for slavery are necessary, overdue, and possible. Franke, the director of the Center for Gender and Sexuality Law at Columbia Law School, is a leading scholar on law, religion, and rights.

Additional publications may be found at the Center for Gender and Sexuality, and on Professor Franke’s SSRN page.

Katherine Franke: We Must Repair the Intergenerational Damage of Enslavement