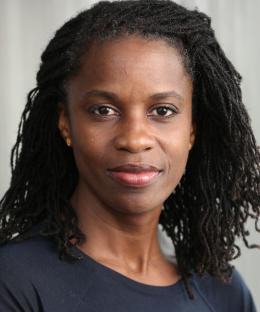 Known for her distinguished scholarship in civil procedure, legislation, and anti-discrimination law, Olatunde Johnson is equally committed to cultivating the next generation of civic-minded lawyers. In the classroom, Johnson draws on her background in legal practice and government service to illustrate how social change can be effected through litigation as well as problem-solving outside the courtroom.

In 2016, Johnson was awarded the Law School’s Willis L.M. Reese Prize for Excellence in Teaching and Columbia University’s Presidential Award for Outstanding Teaching. In 2009, Columbia Law School students selected Johnson as the Public Interest Professor of the Year, praising her as a “role model for aspiring public interest lawyers.” In February 2020, she was appointed by the U.S. Department of Justice to the Resolutions Committee honoring Justice John Paul Stevens, for whom she clerked.

Nearly a decade after she joined the Columbia Law School faculty, in 2006, Johnson was appointed vice dean for Intellectual Life for the 2016–2018 term. In that role, she organized a wide range of events designed to engage the Law School community, from a Lawyers, Community, and Impact panel on recent developments in U.S. law and politics to a roundtable discussion on integration in America, faculty film series, and a book talk.

Johnson brings extensive public service experience to her work at Columbia Law School, including clerking for Judge David Tatel on the U.S. Circuit Court of Appeals for the District of Columbia and Justice John Paul Stevens on the U.S. Supreme Court. From 1997 to 2001, Johnson worked at the NAACP Legal Defense Fund, where she conducted trial- and appellate-level litigation to promote racial and ethnic equity in employment, health, and higher education. From 2001 to 2003, she served as constitutional and civil rights counsel to Senator Edward M. Kennedy on the Senate Judiciary Committee, then as a senior consultant on racial justice in the ACLU’s National Legal Department from 2003 to 2004.

In 2017, Johnson was elected a member of the American Law Institute.

Public Interest Professor of the Year