For the first of what will be an annual lecture series, political theorist Pratap Bhanu Mehta examined historical injustice, agency, and resentment, with commentary from Columbia Law School faculty. 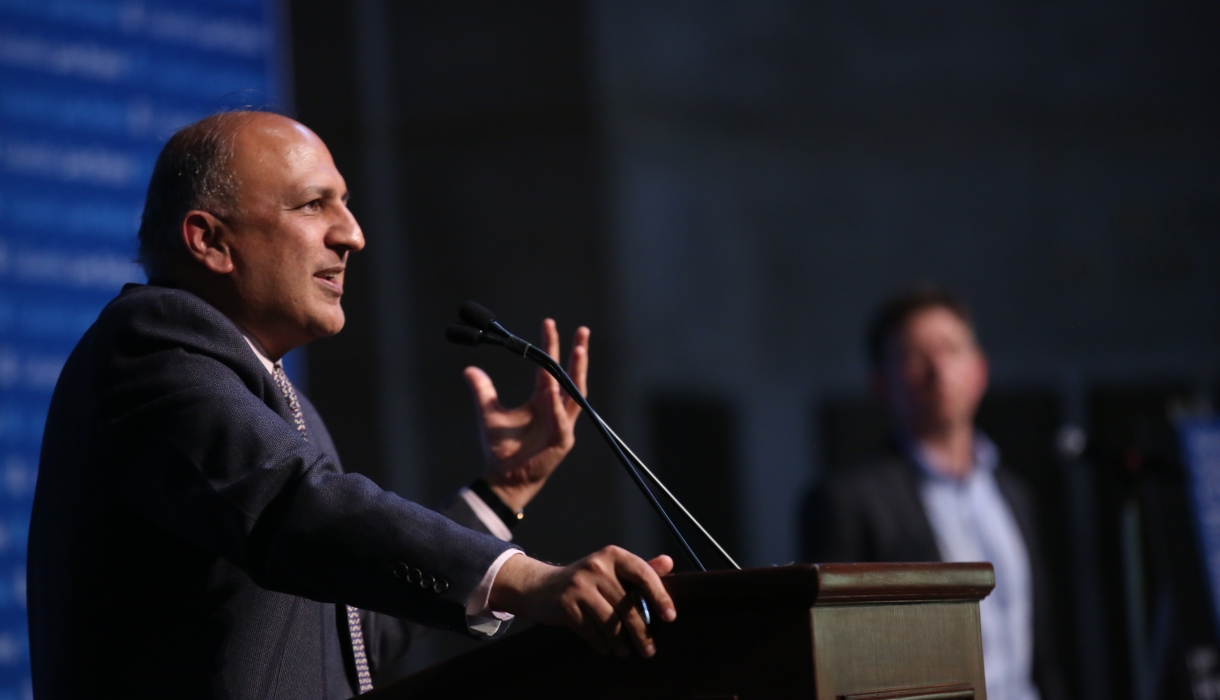 Political resentment—the anger of one group toward the power of another—“casts an ominous shadow on democratic politics,” political theorist Pratap Bhanu Mehta said during the first installment of the 2022 Ambedkar Law Lectures, which focused on themes of political resentment and their relation to Mahatma Gandhi’s fight for Indian independence.

“Now we associate resentment with the rise of populism and nationalism,” but resentment is a centuries-old “endemic feature” of democratic politics, said Mehta, Laurance S. Rockefeller Visiting Professor for Distinguished Teaching at Princeton University.

Mehta listed seven underlying themes of resentment: authority, sympathy, status, agency, personification, memory, and naming. “Political resentment often has all of these elements,” he said. In a movement like populism, for instance, “these [themes] might all come together as a unified whole.” But the thread running through all forms of resentment is “a sense of frustrated or thwarted agency,’’ Mehta said. “By unpacking the concept of resentment . . . , we might be able to think more creatively about what might be an appropriate political response.”

The new lecture series honors Dr. B. R. Ambedkar, a leader of the Indian independence movement and an architect of the Indian constitution. (He received a doctorate at Columbia in 1927.) “Our hope with this lecture series is to further our collective understanding of freedom in the modern world,” Gillian Lester, Dean and Lucy G. Moses Professor of Law, said in her introductory remarks. Ambedkar is an appropriate honoree for Columbia, “an institution that is deeply committed to advancing legal and political thought.”

Supported by the Dr. B. R. Ambedkar Endowment at Columbia Law School and sponsored by the Indian government, the two-lecture series is the Law School’s “flagship lecture on public law and political thought,” said Jedediah Purdy, William S. Beinecke Professor of Law, who organized the lecture with Associate Professor of Law Madhav Khosla. To be delivered annually by prominent scholars of public law and other students of politics, the lectures are aimed at further understanding of justice, democracy, equality, development, and governance from historical, comparative, and philosophical perspectives. This year’s event, held in Low Library, included commentary on Mehta’s themes by Jamal Greene, Dwight Professor of Law; Katharina Pistor, Edwin B. Parker Professor of Comparative Law; and David Bromwich, Yale University Sterling Professor of English.

Mehta described Ambedkar as “the measure of greatness and moral worth,” who said that a great thinker must be “motivated by the dynamics of social purpose and must act as the scourge and scavenger of society.” Ambedkar himself embodied that standard, Mehta said. “Any event that bears his name carries a special responsibility.’’

Cept University Convocation: Citizenship Ultimately About How We Relate to Each Other, Says Madhav Khosla

| The Indian Express
In The Press

| The Times of India