Beyond “Unprecedented”: Can the Fed Rescue Us?

In episode two of Columbia Law’s new limited podcast series, hosted by Professor Eric Talley, Professor Kathryn Judge and Visiting Professor Peter Conti-Brown discuss how the Federal Reserve can wield monetary policy and other mechanisms to help the U.S. economy recover from the ravages of the COVID-19 pandemic.

The Federal Reserve’s awesome power to guide monetary policy and regulate financial institutions is often underappreciated. But the Fed’s actions will determine how quickly and effectively the United States rebounds from this economic crisis.

In the second episode of Beyond “Unprecedented,” host Eric Talley welcomes two experts among a small cadre of legal scholars who study the Fed: Visiting Professor Peter Conti-Brown and Professor Kathryn Judge. These “strange birds,” as Talley affectionately describes them, discuss how the Fed—which is traditionally focused on inflation, interest rates, and the stability of the financial system—is increasingly concerned with labor market conditions and supporting a post-pandemic economy in which everyone who wants a job can find one.

Stay tuned for new episodes of Beyond “Unprecedented” this fall. Subscribe and learn more about the series. 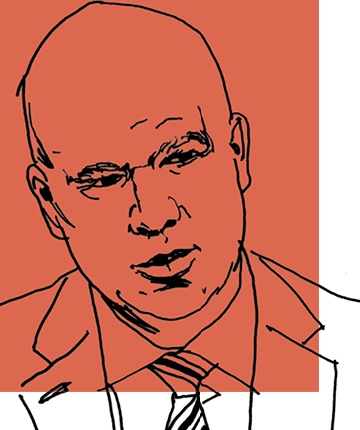 Peter Conti-Brown is Pritzker-Pucker Family Visiting Associate Professor of Law at Columbia, an assistant professor at the Wharton School of the University of Pennsylvania, and a nonresident fellow in Economic Studies at the Brookings Institution. He is the author of The Power and Independence of the Federal Reserve and is an expert in central banking, financial regulation, and public finance. Conti-Brown was a law clerk for Judge Stephen F. Williams of the U.S. Court of Appeals for the D.C. Circuit from 2012 to 2013 and for Judge Gerard E. Lynch ’75 of the U.S. Court of Appeals for the 2nd Circuit from 2011 to 2012. He received a law degree from Stanford Law School and a Ph.D. in history from Princeton.

“The Federal Reserve arguably is the most powerful agency of government, second to none, including the Supreme Court.”
—Visiting Professor Peter Conti-Brown

Kathryn Judge is Harvey J. Goldschmid Professor of Law at Columbia Law School and is an expert in finance and banking. She is a managing editor of the Journal of Financial Regulation, a research fellow at the European Corporate Governance Institute, and a member of the Financial Stability Task Force sponsored by the Brookings Institution. She is a regular contributor to Forbes magazine and has written extensively about financial regulation, regulatory design, and the Federal Reserve. Judge served as a law clerk to Supreme Court Justice Stephen G. Breyer during the 2005–2006 term and to Judge Richard A. Posner of the U.S. Court of Appeals for the 7th Circuit from 2004 to 2005. She earned a J.D. from Stanford Law School and a B.A. from Wesleyan University.

“The Fed is already starting to get a little more creative in the types of tools that it's willing to use. Monetary policy alone won't be the solution.”
—Professor Kate Judge

“Is the Fed close to [being] out of bullets to use here? Or does it have some extra mojo, some extra tricks up its sleeve that it might be able to deploy?”
—Professor Eric Talley