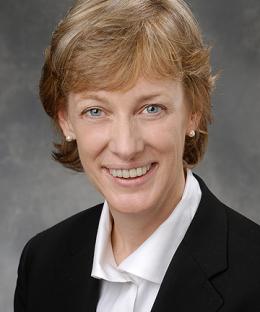 A member of the faculty since 1994, Debra A. Livingston was appointed by President George W. Bush to the U.S. Court of Appeals for the 2nd Circuit in 2007 and confirmed by the Senate 91-0. She was invested as chief judge on September 1, 2020. At the Law School, she continues to teach courses on criminal procedure and appellate advocacy and has taught classes and seminars on evidence, policing, national security, and terrorism. Livingston served as vice dean of the Law School for two years before joining the judiciary. She is the co-author of the casebook Comprehensive Criminal Procedure.

Before her career as an academic and judge, Livingston held a variety of posts in the private and public sectors. She was a clerk for the late Judge J. Edward Lumbard on the 2nd Circuit, an associate at the New York firm Paul, Weiss, Rifkind, Wharton & Garrison, and an assistant U.S. attorney for the Southern District of New York, where she also served as deputy chief of appeals. Livingston has been a commissioner on New York City’s Civilian Complaint Review Board and is the recipient of the Law School’s 2010 Lawrence A. Wien Prize for Social Responsibility. She has served as chair of the Judicial Conference Advisory Committee on the Federal Rules of Evidence.