Student Spotlight: Ashley Taylor ’21 on Advocacy and the Transformative Power of Law

As a future public defender, the former New York National Guard member hopes to use her legal education to fight for systemic change. 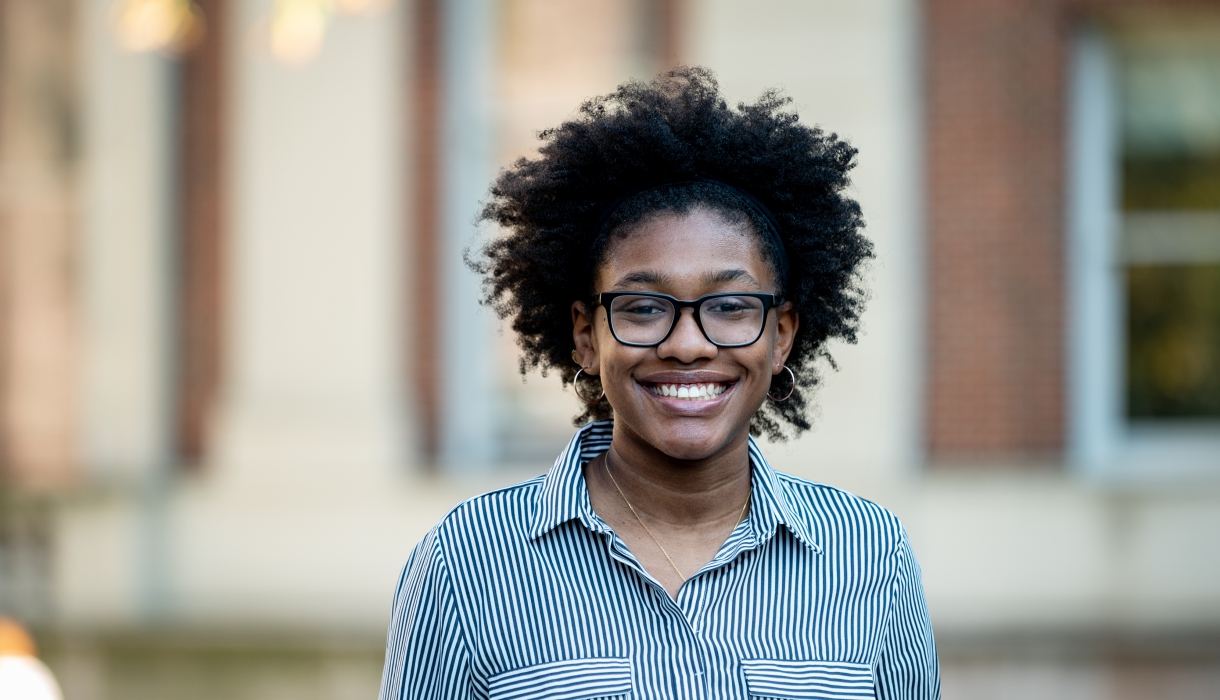 Ashley Taylor ’21 came to law school knowing she wanted to help people. She studied public policy as an undergraduate in her home state of Ohio, where she joined the National Guard (transferring to the New York branch during her 1L year). Her experiences at Columbia Law School have inspired her to become an advocate for criminal justice reform.

What drew you to law school?

I read The New Jim Crow as a senior in high school. It introduced me to the concept of mass incarceration and explained its racial and historical dimensions. It helped me understand that the lack of resources and overpolicing of communities like mine weren’t coincidences but a reality created and perpetuated by policies and laws that could be changed. After studying public policy at Ohio State University, I knew I wanted to go to law school because I thought it would be an interesting and tangible way to play a small part in making the changes these communities need and deserve.

I wanted to use my degree to help people, though I wasn’t sure in what capacity. After volunteering at public interest legal offices in college, I knew that I was attracted to direct services and the ability to interact with and help people in a tangible way. Participating in the Mass Incarceration Clinic and externing at The Bronx Defenders has solidified that interest!

“Through various experiences and summer internships, I’ve decided my dream job is to represent people as they interact with a system that is racist and designed to undermine low-income people.”

What has been your favorite class so far?

Abolition: A Social Justice Practicum taught by Professors Bernard Harcourt and Alexis Hoag. I loved it because it introduced to me the ideas of the death penalty and prison abolition. We had deep discussions about the policy implications of the law that enables capital punishment and examined its history. Examining the real-world effects of death penalty law and the strategies people are using to abolish it helped me understand how a given case is used in practice . . . and that there are frequent gaps between what a case might hold and what people actually experience in and out of the courtroom.

You finished your term with the Army National Guard after your 1L summer. What was it like to serve?

I joined the National Guard in Ohio because I thought it would be a great way to serve my community and pay for my college education. It was an extremely interesting experience. I had to navigate the logistical challenges of being in the guard in New York City, like lugging a duffle bag as heavy as I was on the subway from Morningside Heights to the far parts of Queens where my duty station was or scanning thick [course] packets so I wouldn’t have to bring all my casebooks with me when we spent a weekend in the woods upstate training. But it was also a great introduction to a different part of New York City [Queens] and allowed me to meet and get to know a lot of people who grew up and live in the city.

What is your dream job?

To be a public defender! Coming into law school, I knew I was interested in criminal justice reform but had no understanding of what it entailed. Through various experiences and summer internships, I’ve decided my dream job is to represent people as they interact with a system that is racist and designed to undermine low-income people.

Are there any extracurriculars at Columbia Law that have had an effect on your experience here?

Pro bono volunteering with the Suspension Representation Project—where I serve as an advocate for children in the New York City public school system during their administrative suspension hearings—and with the New York City Housing Authority (NYCHA) Harlem Tenant Advocacy project, where we negotiated with NYCHA attorneys on behalf of residents in their nonpayment and repair cases. Those were both amazing experiences since they gave me the opportunity to do what I came to law school to do: help people.