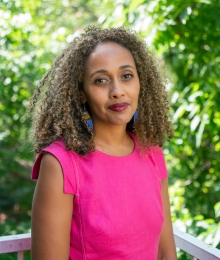 Alexis Hoag Associate Research Scholar in the Faculty of Law; Lecturer in Law

This course will explore the social justice road to punitive abolition—to the abolition of capital punishment and the dominant punitive punishment paradigm in the United States. It will investigate how abolition of the death penalty might be achieved in this country, but also what it might mean to imagine abolition in the context of policing, of the prison, and also of punishment more broadly. The United States incarcerates more of its own than any other country in the world and than any other civilization in history. With over 2,600 inmates on death row, 2.2 million people behind bars, another 5 million people on probation or parole, and over 70 million people in the FBI’s criminal record database, this country now operates a criminal justice system of unparalleled punitiveness. The burden of this system has fallen predominantly on poor communities of color. In fact, in some striking ways, this country’s criminal justice system and reliance on mass incarceration have replaced chattel slavery. As Bryan Stevenson explains, “Slavery didn’t end in 1865. It just evolved.” This course will explore how the country can move from a punitive paradigm to a new paradigm that favors instead education and well-being. It will investigate: (1) how to chart a social justice path toward abolition of the death penalty; (2) how to reimagine the criminal justice system so that it is no longer based on a punitive paradigm; and (3) what it would mean to imagine abolition more broadly of policing and punishment. Students who wish to take the seminar should send a paragraph describing their background and reason for wanting to take the seminar. Please send this information to Ghislaine Pagès at [email protected]

Other Limitations
Permission only. Students who wish to take the seminar should send a paragraph describing their background and reason for wanting to take the seminar. Please send this information to Ghislaine Pagès at [email protected]