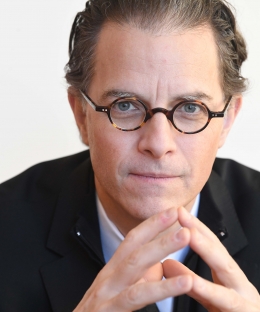 Bernard E. Harcourt is a distinguished critical theorist, legal advocate, and prolific writer and editor. In his books, articles, and teaching, his scholarship focuses on punishment practices and political economy, critical theory and praxis, and political protest.

Harcourt is the founding director of the Initiative for a Just Society at the Columbia Center for Contemporary Critical Thought, which brings contemporary critical theory and practice to bear on current social problems and seeks to address them through practical engagements, including litigation and public policy transformation.

Harcourt is the author or editor of more than a dozen books. His most recent book, Critique & Praxis: A Critical Philosophy of Illusions, Values, and Action (2020), charts a vision for political action and social transformation. In The Counterrevolution: How Our Government Went to War Against Its Own Citizens (2018), Harcourt examines how techniques of counterinsurgency warfare spread to U.S. domestic policy and policing.

His previous books include Exposed: Desire and Disobedience in the Digital Age (2015), The Illusion of Free Markets: Punishment and the Myth of Natural Order (2011), Against Prediction: Profiling, Policing, and Punishing in an Actuarial Age (2007), Illusion of Order: The False Promise of Broken Windows Policing (2001), and Occupy: Three Inquiries in Disobedience (2013), with W. J. T. Mitchell and Michael Taussig. In addition, Harcourt has edited or co-edited and annotated many volumes of the lectures of philosopher Michel Foucault in French and English, as well as the French edition of Discipline and Punish for the official Pléiade edition of the complete works at Gallimard.

Harcourt began his legal career representing individuals on Alabama’s death row, working with Bryan Stevenson at what is now the Equal Justice Initiative, in Montgomery, Alabama. He continues to represent pro bono persons sentenced to death and life imprisonment without parole, as well as those detained at Guantanamo Bay. In 2019, Harcourt was awarded the New York City Bar Association Norman J. Redlich Capital Defense Distinguished Service Award, a lifetime achievement award for his work on behalf of individuals on death row.

Before joining Columbia Law, in 2014, Harcourt taught at the University of Chicago, where he was the chairman of the Political Science Department and the Julius Kreeger Professor of Law and Political Science. He has been a visiting professor at Harvard University, New York University, and the Institute for Advanced Study, in Princeton, New Jersey.

Harcourt is a directeur d’études at the Ecole des Hautes Etudes en Sciences Sociales in Paris.

He served as a law clerk for Judge Charles S. Haight Jr. of the U.S. District Court for the Southern District of New York. 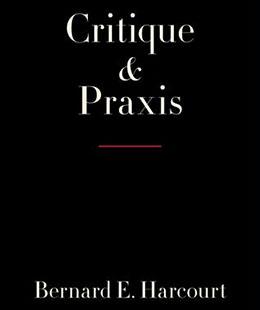 In Critique and Praxis, Bernard E. Harcourt challenges us to move beyond the complacency of decades of philosophical detours and to harness critical thought to the need for action.

| Alternatives Economiques
In The Media

| The Guardian
In The Media