The annual event, sponsored by the Center on Corporate Governance and the Millstein Center, returned following a two-year hiatus and featured a talk with Chancellor Kathaleen St. J. McCormick of the Delaware Court of Chancery. 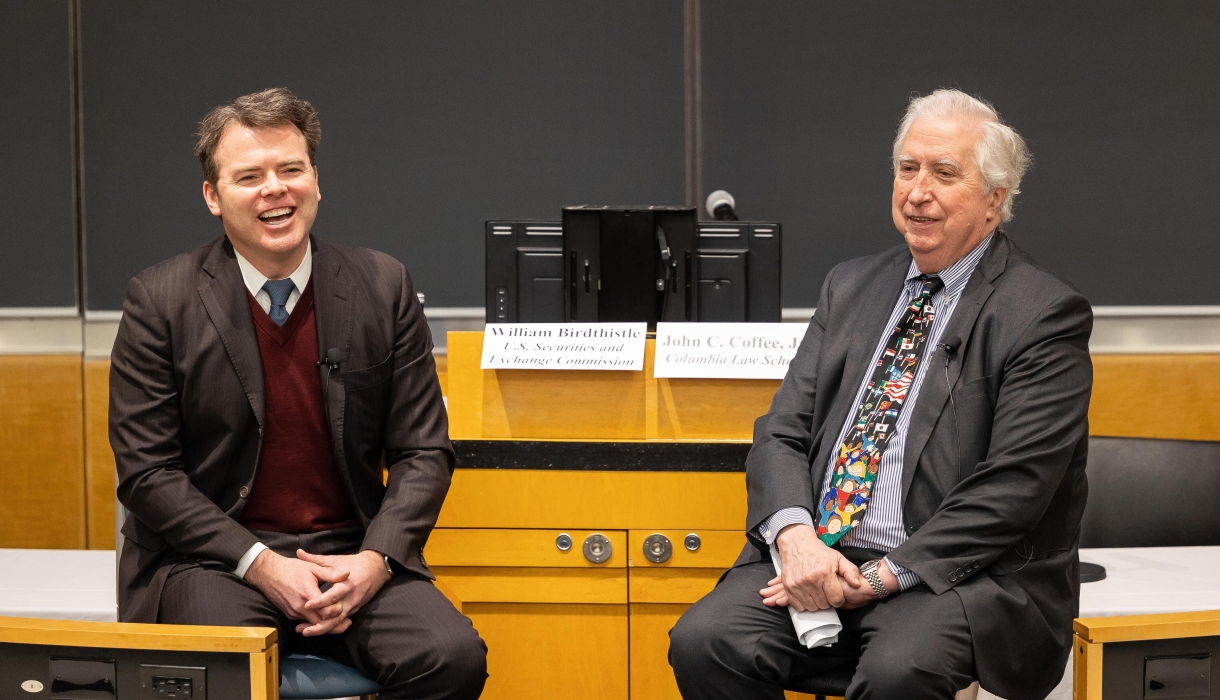 A leading forum for discussion of M&A, the day-long conference was sponsored by the Center on Corporate Governance, the Ira M. Millstein Center for Global Markets and Corporate Ownership, and the law firm Paul Hastings.

A conversation with Chancellor Kathaleen St. J. McCormick of the Delaware Court of Chancery was led by Jack B. Jacobs, former Columbia Law adjunct faculty member and retired Delaware Supreme Court justice. It covered the proliferation of cases in the business law court, which McCormick attributed to heightened pleading standards instituted by the court. The change in pleading standard has increased motions to dismiss cases as well as Section 220 demands for corporate records, “which are viewed as proxy for ultimate merit of the suit and heavily litigated,” she said.

McCormick sparred with Jacobs over criticisms leveled at the chancery court in a research paper he co-authored (for applying too broadly the review standard established in Kahn v. M&F Worldwide Corp.) and noted the intense focus on the Delaware court during the Twitter takeover litigation.

“What [legal commentators] do is a service to our courts, and the community benefits from the careful attention of scholars like you,” McCormick said. “That doesn’t make it feel good to be at the center of attention in some of these cases. It can be very stressful. But fortunately, we do have a really strong community in chambers. . . . I don’t think any of us foresaw the attention that recent cases received. That was just another level of intensity. But it’s part of the job.”

| The CLS Blue Sky Blog
In The Media

Red-Hot Inflation Has Ceos ‘Crowing’ and Consumers Crying (Sort Of)