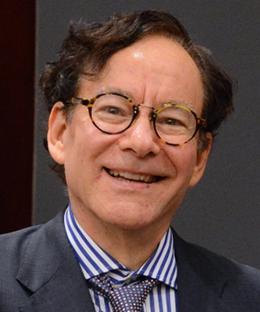 The co-director of Columbia Law School’s Ira M. Millstein Center for Global Markets and Corporate Ownership, Jeffrey N. Gordon teaches and writes extensively on corporate governance, mergers and acquisitions, comparative corporate governance, and the regulation of financial institutions. He is the co-author of the Oxford Handbook of Corporate Law and Governance (2018) and Principles of Financial Regulation (2016), which addresses the challenges facing regulators of financial institutions and markets in an interconnected and evolving global financial system. In 2017, he co-wrote a letter, on behalf of more than 120 legal scholars, making the case for preserving the Orderly Liquidation Authority, a key provision of the post-financial crisis Dodd-Frank Wall Street Reform and Consumer Protection Act. The letter was delivered to the banking and judiciary committees of the U.S. Senate and House.

Gordon also serves as co-director of the interdisciplinary Columbia Center for Law and Economic Studies and of the Richard Paul Richman Center for Business, Law, and Public Policy, a joint program of the Columbia Law and Business Schools. He is also a longtime fellow of the European Corporate Governance Institute (ECGI), the international, scientific, nonprofit association where academics, legislators, and practitioners debate major corporate governance issues.

Gordon joined the Columbia Law faculty in 1988, after six years as a professor at the NYU School of Law. Before becoming an academic, Gordon was a clerk on the U.S. Court of Appeals for the 10th Circuit, an associate at a corporate firm in New York, and an attorney for the U.S. Department of the Treasury in Washington, D.C. In addition to teaching at Columbia, Gordon is a visiting professor on the faculty of law at the University of Oxford.