The strong response from the U.S. and Europe to Russia’s invasion of Ukraine shows the power of international law, says the chair of Columbia Law School’s National Security Law Program. 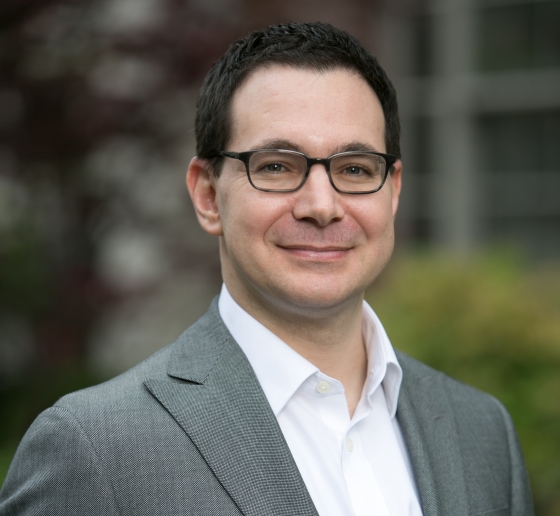 Matthew C. Waxman, Liviu Librescu Professor of Law, is an authority on national security law, cybersecurity, terrorism, intelligence, and armed conflict. Waxman served in senior positions at the State Department, Department of Defense, and National Security Council during the George W. Bush administration, and is a member of the Council on Foreign Relations.

What does the invasion of Ukraine say about the force of international law—for instance, the United Nations Charter rule against territorial aggression?

But I do think international law has been very important—integral—to how the United States and coalition partners, as well as other states which might otherwise have sat on the fence, have rallied around and pushed back against Putin. Not just in rhetorical and diplomatic condemnation, but actually imposing costs on Russia.

Getting states of the world to collaborate in imposing economic and financial sanctions—and to close off opportunities to circumvent those sanctions—that’s hard. We see the United States, NATO allies, and other groupings of states using systems of rules as a way of coordinating very strong, very swift joint action that I think would be difficult without those legal mechanisms in place.

What is the effect of the Ukrainian invasion on NATO?

I teach about the NATO alliance in my international law class year after year, and students may wonder why. Now is why. The North Atlantic Treaty was born after World War II and originally bound the United States, Canada, and much of Western Europe to defend each other. Article 5 of that treaty commits the signatories to mutual defense and says we will treat an attack on one as an attack against all of us. Besides making that commitment explicit and obligatory, that’s legally important for a concept in international law called “collective self-defense.”

For the first two-thirds of American history, a dominant strategic dogma was that alliances are dangerous and a way of needlessly dragging the United States into unnecessary wars. After World War II, that logic was turned on its head; the United States entered into a global network of alliances based on the theory that alliances help prevent war. They provide a credible deterrence threat against aggressors. They also reassure allies, including those who might, for example, build their own nuclear arsenals or take other destabilizing actions.

After the Cold War, the NATO alliance moved eastward and added former members of the opposing Warsaw Pact—even some former Soviet republics. One of Putin’s perceived grievances in this latest crisis is that NATO’s eastward march threatened Russian security.

The NATO alliance has functioned so well in helping to maintain stability and security in Europe that ironically it had become harder to make the case that it is still necessary. It’s been questioned by both the right and the left in American politics: Why is it that we are committed to defend Estonia, for example? Are we really going to send the U.S. military abroad to defend the NATO allies?

I think Putin has now made the case for NATO more strongly than any U.S. president could. Now the new irony is that he has probably greatly strengthened not just the cohesion within NATO but also the political support for it in the United States. And we may see more states that have opted not to join NATO knock on the door and say, “We want in.”

What powers does President Biden have to take action against Russia?

Many actions, even if they are a violation of international law in normal times, can be justified under the international legal doctrine of countermeasures, or in collective self-defense of Ukraine. As for domestic law, the president can do a number of things by virtue of his unilateral powers under Article II of the Constitution. As chief executive, the president has a lot of diplomatic powers. He is in the position, on behalf of the United States, to decide that another nation’s action is aggression and we are going to rally the world against it. The president has powers as commander-in-chief to move U.S. forces around the world, and as this invasion unfolded, he moved troops to bases in Europe.

Much of the power he’s wielding is delegated by Congress though. Congress has delegated, by statute, a lot of discretion to the president to take economic measures when the president declares a foreign policy emergency. Biden is able, for instance, to cut off Russian institutions, banks, and individuals from the U.S. financial system.

Could Biden impose a no-fly zone, as Ukraine’s president Volodymyr Zelenskyy has asked?

It’s one thing to declare a no-fly zone, but how do you enforce it? Are we going to shoot down Russian MiGs? Taking on a nuclear-armed power militarily is a very serious proposition. That would be a major escalatory move. It is quite a difficult question whether the president could do that without getting some sort of congressional approval.

In recent cases where the president has asserted the power to use force unilaterally, whoever the U.S. was using force against has usually had limited capacity to shoot back. The president wanted to use force against Yugoslavia in 1999 over President Milosevic’s actions in Kosovo? Well, there wasn’t that much that Yugoslav forces could do back against the United States. Going up against the Russian armed forces would be a very different calculus. What the president could do without congressional authorization is just a much tougher question. There are undoubtedly a lot of lawyers inside the executive branch thinking about it now.

Can international sanctions compel Russia to withdraw from Ukraine?

The historical record of economic and financial sanctions actually changing states’ behavior, when states are pursuing what they see as their vital national interest, is not a good one. Look at decades of sanctions and embargoes against Cuba. They may have greatly interfered with communist Cuba’s ability to export revolution elsewhere in Latin America, but they didn’t change Cuba’s fundamental orientation.

Sanctions sometimes even strengthen the regime’s hold on power. As those economies are more and more isolated, the power brokers within those countries often end up becoming more and more dependent on the ruling regime.

Sanctions are being imposed on Russia for two big reasons. One is punishment: We want to make sure Russia incurs huge costs for its aggression, not only as a warning for Russia not to engage in further aggression but also to make clear to it and to others in the world that there are costs to be had for aggression. But the second reason is that ultimately we want to compel Russia to withdraw from Ukraine.

In some ways, the punishment side of the equation and the compellence side of the equation are in a bit of tension. From a punishment standpoint, what you want to do is impose massive costs. You want heavy sanctions—the heavier the better. But if what you’re trying to do is convince Russia that it ought to withdraw from Ukraine, then you have to show Russia that there are more sanctions to come: We can hit you even worse. One of the most difficult diplomatic dances that the Biden administration is engaged in with its coalition partners is how to get those two things right and balance them.

Columbia Law Professor Matthew Waxman and Visiting Professor Monica Hakimi discuss the invasion, the immediate responses of other governments, and the potential implications for the international legal order.