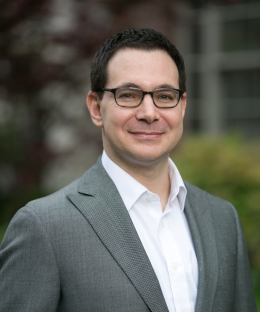 Matthew C. Waxman is a nationally known authority on national security law, cybersecurity, terrorism, intelligence, and armed conflict. He brings the perspective of a former senior government official to his scholarship on war powers, the regulation of military technology, counterterrorism, surveillance, and cybersecurity.

His writing appears regularly in the Lawfare national security blog, and his expertise is frequently sought in media interviews and congressional testimony. Waxman is a member of the Council on Foreign Relations, where he also serves as adjunct senior fellow for Law and Foreign Policy.

At the Law School, Waxman chairs the National Security Law Program and has co-chaired the Cybersecurity Center at Columbia’s Data Science Institute, an interdisciplinary endeavor that brings together experts from across the university to develop ways to keep data secure and private. His teaching focuses on constitutional war powers, international law, and data privacy and surveillance. In 2008, he helped create Columbia Law’s Judge Advocate (JAG) Scholars program, which brings military lawyers to the LL.M. program. He has cultivated opportunities for students to meet with alumni faculty at West Point, where he serves as a senior fellow at the Lieber Institute for Law and Land Warfare.

Before joining the Law School in 2008, Waxman served in senior positions at the State Department, Department of Defense, and National Security Council during the George W. Bush administration. As a National Security Council aide, he was involved in the White House response to the attacks on September 11, 2001. In 2005, as a deputy assistant secretary of defense, he pressed for full compliance with the Geneva Conventions at military detention sites. In 2006, as the State Department’s principal deputy director of policy planning, he led the United States delegation to the United Nations Human Rights Committee in Geneva.

After law school, Waxman served as a law clerk to Supreme Court Justice David H. Souter and to Judge Joel M. Flaum of the U.S. Court of Appeals for the 7th Circuit. Earlier in his career, he worked as a defense analyst at RAND.

“We have a lot of discussions here about the law of armed conflict and the dilemmas of national security law. But it’s very different talking those issues through with military officers who have confronted them on the battlefield.”

A collaboration between the Law School’s Center for Japanese Legal Studies and National Security Law Program, Strengthening the U.S.-Japan Alliance includes nine essays that examine the 1960 U.S.-Japan Security Treaty on its 60th anniversary.