President Biden’s pick for the Supreme Court has experience in the knottiest areas of law and a strong work ethic, a former law clerk says. 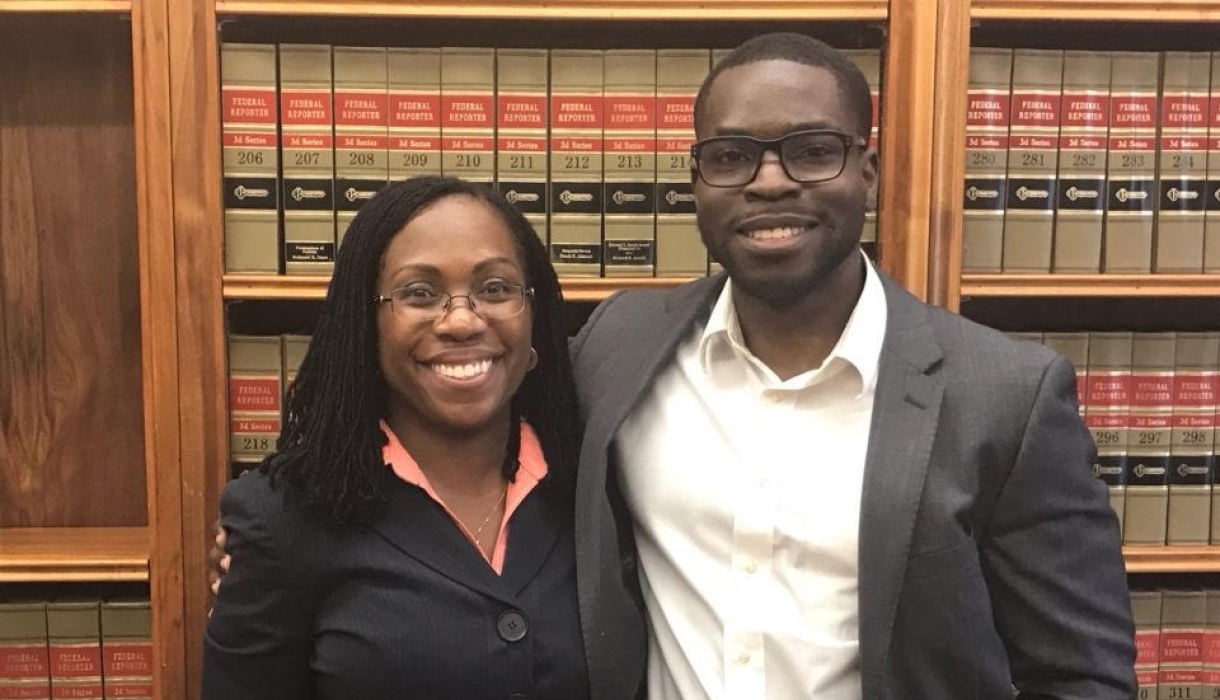 On February 25, President Joseph R. Biden Jr. announced the nomination of Judge Ketanji Brown Jackson, of the U.S. Court of Appeals for the District of Columbia Circuit, to serve as associate justice on the U.S. Supreme Court. With nomination hearings about to be scheduled, Associate Professor of Law Kerrel Murray—a constitutional law scholar who often writes about race and election law and who was a clerk for Jackson—discusses her work and qualifications for the court.

You clerked for Jackson from 2015 to 2016 when she was a U.S. District Court judge in Washington, D.C. What was her style on the bench?

The word that leaps to mind is “prepared.” As a bit of background, the federal district court for the District of Columbia handles an unusual amount of complex litigation. For example, in my year, she handled a truly abstruse case involving a half decade of health care reimbursements made under a federal regulation that governed reimbursements under the Medicare statute, which is widely agreed to be one of our most complicated statutes. Her opinion in that case carefully unpacked the various doctrinal strands and legal sources at play and delivered an opinion that reflected the incredible amount of work she put in to understand them all.

That preparation manifests in her hearings as well. Any district court judge handles many substantive motions that could theoretically be addressed on the briefs, without a hearing. She loved to hold hearings when possible because—once she put the work in—she loved to talk through an issue and interrogate both sides on their arguments and their arguments’ implications. That’s how she interacted with her clerks, too.

I learned a lot from her work ethic. When an opinion was about to go out the door, she would read through every line with the assigned clerk, editing on the spot, to be sure she was communicating exactly what she wanted to communicate exactly how she wanted to do so. I still do that today.

She’s a great combination of businesslike and warm. There’s no question that she’s there to do the work of the judiciary at the highest possible level, but she also knows how to make her chambers a welcoming place. She’s a big fan of going for cupcakes with the clerks. (She likes red velvet cupcakes.) Prepandemic, we’d have a yearly Christmas party where she’d hand out jars of her family’s homemade chocolate sauce.

She’s been an amazing mentor. She’s deeply invested in her clerks’ success, and she’s really helped me with all the jobs I’ve pursued.

What do you think Jackson will bring to the party, so to speak, if she joins the court?

She’ll do a wonderful job. You want, I think, somebody on the court who is a smart, well-rounded lawyer and has experience with a variety of legal problems and a variety of areas—which she does. She’s been an appellate public defender and has served on the U.S. Sentencing Commission. So she would bring a new perspective to the court.

She’s also built great relationships with people across the American political spectrum, which I think demonstrates her ability to find common ground and the respect her quality of mind has earned. For example, I know Judge Thomas Griffith—a former D.C. Circuit judge and President [George W.] Bush appointee—has spoken highly of her work. And she’s had the experience, on the Sentencing Commission, of working with people who held different views. To the extent that we want a Supreme Court that seeks common ground, I think this is all to the good.

There are a variety of ways to measure influence. Let me just mention one: dialogue among the justices. Naturally, in cases where she is in the majority, she can influence how those decisions are crafted. She will of course be in dissent in other cases. But, even in those cases, it’s my view that a serious majority opinion must take dissenting voices seriously. That can take the form of an explicit response or simply an implicit restructuring of an argument to engage a dissenting critique. That’s just to say that even when her vote does not make up a majority, she’ll be positioned to articulate fair and incisive critiques that warrant a response and possibly generate different majority opinions. And that’s a function of her experience, legal skill, and work ethic.

What are your thoughts on the significance of Jackson as, potentially, the first Black woman justice?

I think it’s a great moment for the Supreme Court. They’ll be lucky to have a colleague who has had the experiences she’s had, and they’d be wise to incorporate and take advantage of the perspectives she will bring as a result of those experiences. Your question reminds me of Justice Byron White’s tribute to Justice Thurgood Marshall upon his retirement: “He characteristically would tell us things that we knew but would rather forget; and he told us much that we did not know due to the limitations of our own experiences.” To take just one of her potential future colleagues, Chief Justice John Roberts happens to be a white male born in Buffalo, New York. Judge Jackson happens to be a Black woman born in Washington, D.C. Until we have automatons as judges—and maybe even then—both of those experiences will matter. We, and the justices, should welcome that.

Cultivating Resilience: From Uncertainty to Revolution served as the theme for the sixth annual event hosted by Empowering Women of Color.

Faculty Discuss ‘Abortion as the Curriculum’ for Foundational Courses