Examining the ‘Model Minority’: Asian Americans and the Law on Reading Group Syllabus

The reading group, created by third-year students, has hosted judges, historians, and writers to discuss aspects of the Asian American experience. 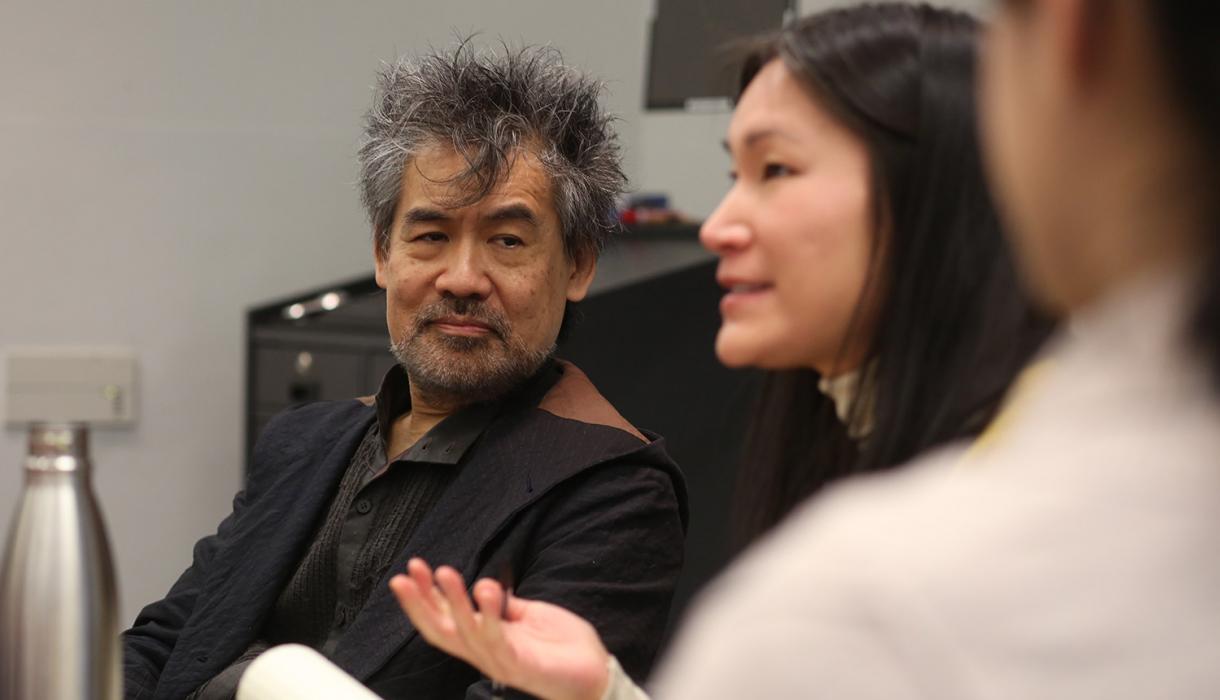 Throughout her time at Columbia Law School, Grace Son ’20 has “sought out conversations” with fellow students and professors about the role of race in the law and in society, but too little of what she found focused on the experience of Asian Americans, she says, and she felt hampered by her own lack of knowledge to make substantive contributions.

So Son and classmates Lila Nojima ’20 and Yuna Park ’20 took action. For the spring 2020 semester, they organized a reading group on Asian American history and the law, with sessions that cover topics including immigration, the internment of Japanese Americans, media representation, the “bamboo ceiling” in employment, and the “model minority” stereotype that casts Asian Americans as hard workers who don’t need help to succeed.

While students have created reading groups in the past in conjunction with faculty, it’s “rare and impressive” for a group of students to initiate a reading group that receives law school credit, says Bert Huang, Vice Dean for Intellectual Life and Michael I. Sovern Professor of Law. “They really created this and made it happen,” he says.

The group developed the course so they could take it, Son says. “I wanted to create a space at the Law School where we could discuss Asian American issues, educate ourselves, and equip ourselves with the tools and the language to really engage in these conversations about race and racial discrimination and historical oppression and violence,” she says.

The 19-member reading group meets weekly to discuss topics with guests including Huang; 2nd U.S. Circuit Court of Appeals Judge Denny Chin on historic discrimination and racial violence; Katherine Franke, the James L. Dohr Professor of Law, on reparations and Japanese American internment during World War II; and Dennis Parker, executive director of the National Center for Law and Economic Justice, on affirmative action and the recent SFFA v. Harvard case on admissions policy. (In March, the group switched to meeting online because of the coronavirus crisis.)

The class organizers, all of whom plan to practice corporate law, have been leaders in the Law School’s Asian Pacific American Law Students Association but said they felt it focused more on social and professional networking than on exploring issues of identity. In November, they began working together to create the reading group, basing the course in part on a syllabus developed by Chin, who the students discovered taught a similar course at other law schools.

The group found an adviser when Nobuhisa Ishizuka ’86, executive director of the Center for Japanese Legal Studies, stepped up to provide the necessary sponsorship. His reaction: “This is a wonderful idea, and I’m so glad you’re doing it. I’m all in!”

“It has been so great to see how much support we have received from the faculty and the school,” Son says.

The class was so popular it had a waitlist, and most its members are third-year Asian American students. Although the class offers just one credit, “Every single person in this class has been so engaged, and it’s very evident that everyone’s [doing] the reading every week,” says Jamie Chang ’20, another class organizer.

Beyond Legal History
In March, playwright David Henry Hwang and novelist Anelise Chen joined the class to discuss their work telling stories with Asian protagonists from an Asian American point of view.

Hwang, who pointed out that the term “Asian American” did not come into use until the late 1960s, said that only when he began to write plays as an undergraduate did he realize he was interested in issues of immigration, assimilation, racism, and the clash of cultures. Those themes are evident in his Tony Award-winning play M. Butterfly (1988) and 2019 musical Soft Power, a sharp commentary on American views of Asians expressed through musicals like The King and I. “Writing has been a way for me to reveal myself to myself,” Hwang told the students.

“The artist creates the art, but it is also true that the art re-creates the artist. Discovering myself through writing made me want to start studying Asian American history and learning Chinese. It really transformed me.”

Chen, whose 2017 novel So Many Olympic Exertions tells the story of a former competitive athlete turned struggling graduate student, said that writers like Amy Tan (The Joy Luck Club) and Maxine Hong Kingston (The Woman Warrior), whom she read growing up, showed her “a little bit of myself” in literature. But when she chose to pursue writing rather than business or law, coming from a middle-class immigrant family, it meant overcoming the “shame and guilt” that many women artists of color feel. “So many of us have grown up being told that every free hour we have should be channeled back into the family,” Chen said.

What helped her persevere was her belief that despite the existence of those early role models, more writing by and about Asian Americans is needed. “You have to have conviction that your story matters.”

Hwang and Chen also listened as students in the class shared their own stories, each recalling a moment in their lives when an aspect of their identity became particularly salient.

“Our hope was that by inviting these Asian American artists—who dedicated their lives to trying to tell their stories of themselves and of others—we could also develop the tools for self-expression as law students,” Park says. “Processing our own identities and understanding other people’s identities.”

Career Impact
What will the students take with them to their careers in law firms? Nojima, who plans to be a litigator, says that listening to Hwang and Chen, and then to her classmates, has impressed upon her the importance of storytelling. “It’s helpful to hear how other people tell their stories if you want to learn how to tell other people’s stories. Law school classes that are lectures or cold calls, even seminars, don’t help you develop that skill,” she says. “It’s really interesting to hear how other people convey what they think is important. This isn’t going to change how I litigate commercial issues, but I think it helps inform how you can convince people of the side or tell a story that’s meaningful.”

For Park, the heightened consciousness she has gained will change her approach to her future job. “It’s not just about going into the law firm and being a really good lawyer,” she says. “You do need to be a mentor. You do need to be active in the Asian American community. Those are things that I hadn’t visualized after law school. So much of the focus was just, ‘Get into the firm.’ These classes helped me to expand beyond that.”