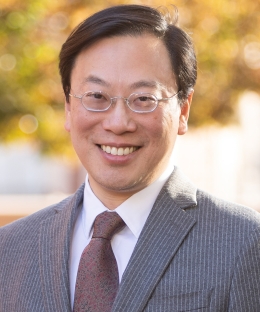 Professor Bert I. Huang teaches at Columbia Law School, where he has been awarded the Reese Prize for Excellence in Teaching by the graduating class. Columbia University has also honored him with its Presidential Award for Outstanding Teaching.

He was president of the Harvard Law Review and clerked for Justice David H. Souter and Judge Michael Boudin. He received his A.B., J.D., and Ph.D. from Harvard University. Before law school, he was a Marshall Scholar at the University of Oxford and worked for the White House Council of Economic Advisers.

At Columbia, in addition to teaching foundational courses, he created the Courts & Legal Process workshop to bring judges, students, and faculty together to discuss new scholarship. He previously also served as a Vice Dean. His teaching abroad includes presentations to the constitutional high court justices in Brazil and in Taiwan, as well as lectures in Asia, Australia, and Europe.

Students praise his pedagogy, intellect, charisma, and kindness. Huang will receive the honor, awarded annually by the graduating class, at graduation on May 20.