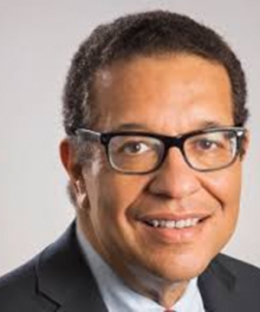 Dennis Parker serves as the Executive Director of the National Center for Law and Economic Justice (NCLEJ), an organization which was founded in 1965 to fight for economic justice for our nation’s most vulnerable—low-income families, communities of color, people with disabilities, immigrants and children. NCLEJ uses a combination of litigation, ground-breaking advocacy and policy analysis in collaboration with a wide range of partners across the country to advance racial, immigrant, and gender justice concerns. Prior to joining NCLEJ in January of 2019, Dennis served as the director of the Racial Justice Program of the ACLU, leading its efforts in combatting discrimination and addressing a range of issues which have a disproportionate negative impact upon communities of color, including the “School-to-Prison” Pipeline, racial bias in the criminal justice system, housing discrimination and related economic justice issues and digital discrimination. Prior to joining the ACLU, he served as the Chief of the Civil Rights Bureau in the office of the New York Attorney General and, for fourteen years, worked on and directed the educational work of the NAACP Legal Defense and Educational Fund. Dennis began his legal career as a staff attorney in the Criminal Defense Division of the New York Legal Aid Society. He has co-authored or contributed chapters to books and articles dealing with civil rights and has lectured extensively on the subject across the country. He serves as an adjunct professor at New York Law School where he teaches a course on law and social change. Dennis is a graduate of the Harvard Law School and Middlebury College.