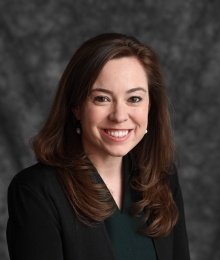 The Externship on the New York State Attorney General’s Role in Social Justice will be comprised of (a) a weekly, two‐hour seminar focused on the authority and role of the New York State Attorney General in enforcing laws relating to social justice, and (b) fifteen hours per week of fieldwork in one of the bureaus of the New York Attorney General’s Social Justice Division. Each week in the seminar portion of the course we will explore either a substantive area of laws relating to social justice and the authority of the Attorney General, or a skill by which the Social Justice Division advances the public interest. The seminars will be primarily focused on class discussions about the specific seminar topic. The seminars will also include practical exercises and discussions of students’ experiences from their externships. During the seminar, students will conduct mock client interviews, draft mock complaints, draft mock discovery, and conduct mock depositions. Students will be placed in one of the Social Justice bureaus (honoring preferences to the extent possible): the Civil Rights Bureau, the Environmental Protection Bureau, the Health Care Bureau, the Charities Bureau, and the Consumer Frauds Bureau.

Recommended Courses
An interest and background in social justice

3
Back to course search