Whether they realize it or not, students already have it in them to be leaders when they arrive at Columbia Law School, says Professor Susan Sturm, who is spearheading Columbia’s multifaceted Leadership Initiative, supported by a founding gift from Davis Polk & Wardwell LLP. “They are already playing roles that require them to influence, persuade, engage in difficult conversations, and work effectively with others to achieve a common goal. That is the definition of leadership.”

In 2018, Columbia Law named the six inaugural Davis Polk Leadership fellows, who each received a $5,000 grant to launch projects that would encourage lawyers and law students to take on leadership roles in addressing problems at the school, in the profession, or in an organization, community, or field related to a social issue. The initiative includes courses, workshops, case studies, and research aimed at building leadership skills and knowledge. “The fellows were chosen to put ideas into action and develop sustainable projects that would have impact,” says Sturm, the George M. Jaffin Professor of Law and Social Responsibility and the founding director of the Center for Institutional and Social Change at Columbia Law School. “The fellows’ leadership training is preparing them to become lawyers who can build communities to work on hard problems.”

At a November event where the fellows presented their projects to the Law School community, Sturm also announced that the initiative—which includes courses, workshops, and case studies aimed at building leadership skills and knowledge—will support another new program: Innovation Grants of $1,000 to $5,000 not only for students but also faculty and staff. “We will choose projects that have capacity to have significant effects and encourage members of the Columbia Law School community to support one another,”says Sturm. Funded projects could bring together student organizations with a common goal or build interdisciplinary relationships with other schools or organizations in New York City, to provide collective leadership needed to address a pressing concern.

On Jan. 23, from 4:20 p.m. to 6:10 p.m. in Case Lounge, Sturm and the initiative’s co-chairs Michael Gerrard, the Andrew Sabin Professor of Professional Practice, and Petal Modeste, associate dean of student affairs administration, will host an information and brainstorming workshop to help applicants refine their Innovation Grant proposals, which are due by Feb. 1; results will be announced on Feb. 8.

The pathbreaking projects the current Davis Polk fellows launched illustrate the range of ventures supported by Columbia Law’s Leadership Initiative. Read on for more about how they are impacting the Columbia Law School community. 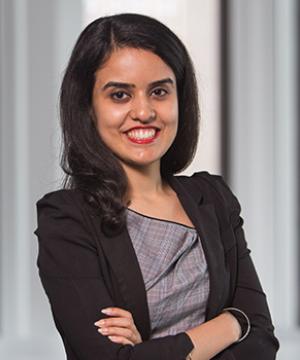 Meher Dev gained extensive leadership experience as a human rights lawyer and advocate in India, beginning with her founding the Women and Law Society at Jindal Global Law School. After graduation, she worked for Indira Jaising, the first woman to be designated a senior advocate by the High Court of Bombay, and advocated for women’s rights before the Supreme Court of India and Delhi High Court. Together they made headlines as part of the team that persuaded the Supreme Court of India to invalidate the practice of triple talaq, the Indian Muslim practice by which a man could instantaneously end a marriage by uttering talaq—“divorce” in Arabic—three times. These successes contributed to Dev’s being named an LL.M. Human Rights Fellow and receiving the $50,000 Baker McKenzie Scholarship.

As a Davis Polk Fellow, Dev is focusing her human rights work on the Columbia Law School community, which she believes must become more culturally and religiously inclusive. “My goal is to make CLS a space where any student can learn without any hesitation and where speaking or dressing differently, or having a different sounding name, does not negatively impact a student’s learning experience,” she says. “This past semester, I have been connecting with student groups and initiating partnerships to make this project a reality. Now, I will be organizing events such as ‘Come Learn, Say My Name, and Teach Me Yours’ and ‘Come Learn Why I Wear a Turban and Why It Matters to Me,’ to provide the Columbia Law School community a platform to learn about each others’ culture and background in a social, conversational setting.”

As the self-described most assimilated member of his immigrant household, Ibrahim Diallo began helping his Guinean family navigate various legal transactions in the United States at an early age. Many of his relatives work in the taxi industry, so he’s acutely sensitive to the labor issues facing drivers. At Columbia Law School, Ibrahim has found a role advocating on behalf of taxi drivers, as New York City explores the appropriate legal framework to govern relations between drivers and rideshare companies. As a part of his Davis Polk Fellowship, Diallo plans to explore ways to support the taxi driver labor movement, including pro bono representation of drivers in administrative proceedings.

Diallo—a graduate of Trinity College, where he was student government president, and a former financial analyst at JPMorgan Chase—already has made his mark on the Law School by organizing the first 1L summer read; he also recently received the 2018 Commitment to Justice Scholarship awarded by the Judicial Friends Association, which was founded by African-American judges to monitor administrative and policy issues within the court system, and mentors new attorneys and judges. He says his Davis Polk project is another way to bring students together and affords them the opportunity to directly represent beleaguered drivers—especially those who are more vulnerable because they speak little English—and to pursue impact litigation to protect them as a class. “I am really excited about the potential impact we may have and the practical ways in which this project can enhance our legal education outside of the classroom,” he says. 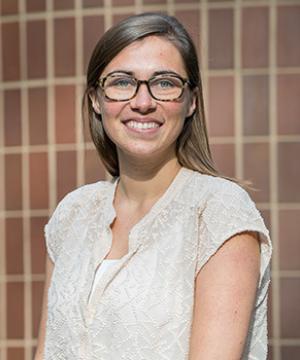 After graduating in 2015 with degrees in French and global development studies from the University of Virginia (UVA), in Charlottesville, Meg Gould taught math and English at a secondary school in Gaborone, Botswana, through a Princeton in Africa postgraduate fellowship. Upon the fellowship’s completion, Meg returned to Charlottesville, where she served as the project coordinator for UVA’s vice president for student affairs for two years. While there, Gould administered several leadership development and student engagement initiatives, and, in response to the violent white-supremacist riots in Charlottesville in August 2017, she helped to found the Oral History Initiative to create a more accurate and inclusive history of UVA, establishing pan-university partnerships to finance and move the project forward.

During that time, she also volunteered with Resilience Education, a nonprofit that offers entrepreneurship and financial education courses to incarcerated individuals to equip them with valuable skills to use upon their reentry. Through the Davis Polk fellowship, Gould hopes to collaborate with community partners, formerly incarcerated individuals, and law students to establish a more successful reentry pathway for people about to be released in New York. “Recidivism is often linked to financial insecurity, and finding work after incarceration is difficult,” she explains. “So helping individuals develop skills to build their own businesses offers them a route to a more secure and stable future.” 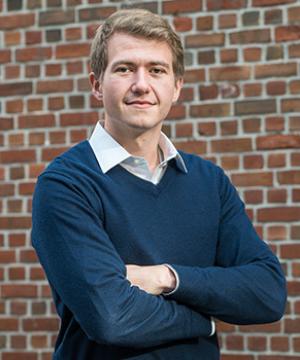 Last year, Ives also co-founded an exchange program with students from Universität Hamburg’s Refugee Law Clinic (RLC). Having lived in Germany as a Fulbright Scholar after graduating from New York University, he had witnessed how a country of 88 million people grapples with a refugee population of 1.4 million. Columbia Law students would benefit, he thought, from seeing how another democracy responds to a humanitarian crisis. So he spent his spring break with a group of other Columbia students working in the German asylum system; the following week, he and his classmates hosted the German RLC students who worked in New York City on U.S. asylum matters through the International Refugee Assistance Program. “As a fellow this year, I am working to develop the U.S. portion of the exchange, finding more partners and opportunities for German students to engage with the U.S. asylum and immigration system at a pivotal political moment,” he says. 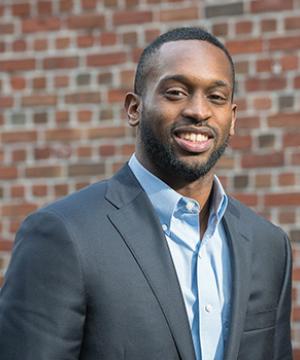 Growing up in Hamden, Connecticut, just outside of New Haven, Caleb King witnessed the myriad conflicts between a predominantly minority community and the criminal justice system. When he arrived at Columbia Law School in 2017, after graduating from Wesleyan University, King joined the Black Law Students Association (BLSA) and helped found the Rikers Book Club, a collaboration between Columbia Law students and inmates at New York City’s notorious Rikers Island prison complex. “The aim of the book club is to increase literacy rates and form a supportive community,” he says. “Individuals have an opportunity to read various literature and write poetry, providing a positive outlet of expression.”

As a Davis Polk Fellow, King is expanding the program by engaging more Columbia Law students and adding book groups in Rikers’ transgender and protective custody units. “It’s very emotional work,” says King, explaining that the book groups’ larger goals are to address the lack of rehabilitative services and to advocate for systemic change: “Through the fellowship, we will determine additional innovative ways to assist incarcerated people as well as seek to facilitate an environment that encourages a civil discourse regarding criminal justice reform going forward.” 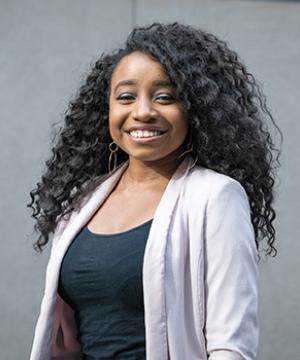 After graduating from Howard University, where she majored in political science and minored in African studies, Udodilim “U.d.” Nnamdi worked at the Wallace Global Fund and helped organize the first End Violence Against Girls: Summit on Female Genital Mutilation/Cutting in the United States. As a Nigerian American, she was all too familiar with the injustices and violence her relatives faced back home, which led her to study international human rights law at Columbia Law School.

When Nnamdi observed that the Law School’s human rights law community lacked diversity and participation by students of color, she applied for the Davis Polk Fellowship to redress this imbalance. “My project seeks to diversify international human rights law by increasing collaboration, events, and programming between Columbia Law’s student affinity groups such as BLSA, Empowering Women of Color, and Latinx Law Students Association, and other groups on campus such as the Human Rights Institute (HRI), Rightslink, and Columbia Society of International Law,” says Nnamdi.

She is working with Professor Sarah Knuckey, faculty co-director of HRI, to develop and craft a strategic plan. “My project also seeks to engage major international human rights employers in New York City to recruit diverse candidates. My ultimate goal is to increase the number of minority students entering the field of international human rights and expand the range of legal opportunities available to students of color.”