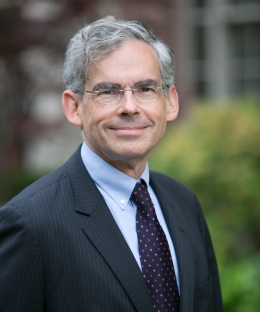 The founder and faculty director of the groundbreaking Sabin Center for Climate Change Law and one of the foremost environmental lawyers in the nation, Michael Gerrard is an advocate, litigator, teacher, and scholar who has pioneered cutting-edge legal tools and strategies for addressing climate change. He writes and teaches courses on environmental law, climate change law, and energy regulation. He was the chair of the faculty of Columbia University’s renowned Earth Institute from 2015 to 2018.

For three decades, before joining the Columbia Law School faculty in 2009, Gerrard practiced law in New York, most recently as the partner in charge of the New York office of Arnold & Porter, where he remains senior counsel. As an environmental lawyer, he tried numerous cases and argued many appeals in federal and state courts and administrative tribunals. He also handled the environmental aspects of diverse transactions and development projects and provided regulatory compliance advice to an array of clients in the private and public sectors. Several publications rated him the leading environmental lawyer in New York and one of the leaders in the world.

A prolific author, he has written or edited 13 books, including Global Climate Change and U.S. Law, the first and leading work in its field (co-edited with Jody Freeman). His most recent book is Legal Pathways to Deep Decarbonization in the United States (co-edited with John Dernbach). His 12-volume Environmental Law Practice Guide and four-volume Brownfields Law and Practice each received the Association of American Publishers’ Best Law Book of the Year award.

Gerrard also has taught courses at Yale School of Forestry & Environmental Studies, Université Paris 1 Panthéon-Sorbonne, and the University of Malta. He has lectured on environmental law in Brazil, Canada, Chile, China, Denmark, France, Great Britain, India, Israel, Italy, Japan, Malta, the Marshall Islands, the Netherlands, Norway, Spain, Taiwan, Vatican City, and throughout the United States. He has worked with the government of the Republic of the Marshall Islands on the legal issues caused by rising sea levels that threaten the island nation. 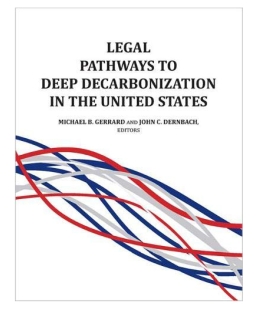 Legal Pathways to Deep Decarbonization in the United States

Detailed recommendations for how U.S. law—federal, state, and local—needs to change in order for the country to phase out the use of fossil fuels and radically reduce greenhouse gas emissions.

More about Michael Gerrard’s other publications.

Received the most nominations worldwide in Legal Media Group, Guide to the World’s Leading Environmental Lawyers

Can lawyers save the planet? Host Michael B. Gerrard introduces the new limited-series podcast from Columbia Law.

| NBC News
In The Media

The Senate Has a Climate Deal. Now Comes the Hard Part

| Los Angeles Times
In The Media

States and the EPA Can Still Regulate Greenhouse Gases, Despite the Supreme Court’s Ruling