The award is presented annually to the lawyer who receives the most positive feedback from peers.

Michael B. Gerrard, the Andrew Sabin Professor of Professional Practice, has been named “Lawyer of the Year” for his work in environmental litigation in New York. Best Lawyers, a peer-reviewed guide to the legal profession, gives the award annually to the lawyer who receives the most positive feedback by peers in a specific practice and metropolitan area. Gerrard was recognized as a “Lawyer of the Year” previously two times, in 2010 for Environmental Law for NYC and in 2012 for Litigation – Environmental in NYC. 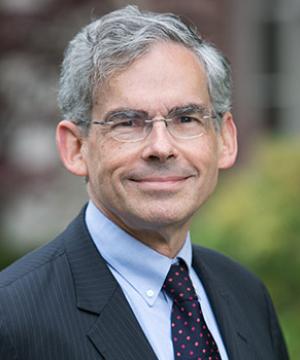 Gerrard is one of the world’s top environmental lawyers with a specialty in climate change law. He has practiced environmental law in New York since 1979. He has tried numerous cases and argued many appeals in federal and state courts and administrative tribunals, and handled the environmental aspects of many transactions and development projects.

He joined Columbia Law in 2009 after serving as partner in charge of the New York office of Arnold & Porter, where he remains senior counsel. After a long career in private practice, Gerrard came to Columbia to establish a center for climate change law, which in 2014 was named the Sabin Center for Climate Change Law.

The Sabin Center develops legal techniques to fight climate change, trains students and lawyers in their use, and provides up-to-date resources on key topics in climate change law and regulation. Last year, the center received the American Bar Association’s Distinguished Achievement in Environmental Law and Policy Award in recognition of its “outstanding contributions to environmental protection and sustainable development efforts in the United States.”