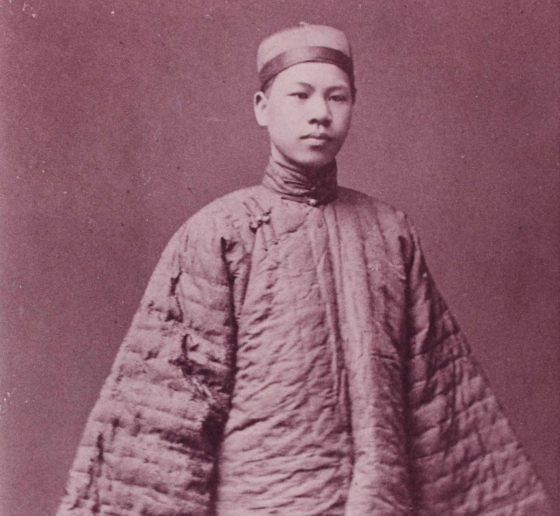 Above: Hong Yen Chang on the day he graduated from Phillips Academy in 1879. Credit: The Huntington Library, Art Collections, and Botanical Gardens.

The first Chinese graduate of Columbia Law School and the first Chinese American admitted to practice law in the United States, Hong Yen Chang 1886 overcame barriers throughout his life and blazed a trail for others during his distinguished career.

Learn more about Hong Yen Chang’s life and achievements below.

“Without question, Hong Yen Chang would have been delighted that the [Hong Yen Chang Center for Chinese Legal Studies] would bear his name, as he spent most of his life bringing together American and Chinese lawyers, diplomats, politicians, and businesspeople in the furtherance of mutual understanding and peaceful interaction.” —Rachelle Chong, Chang’s great-grandniece and a California regulatory attorney

Hong Yen Chang is born in Guangdong, China, in 1859 or 1860. After his father dies, Chang emigrates to the United States in 1872 as part of the Chinese Educational Mission, a program to educate Chinese boys with academic promise. He learns English and American customs while living with a family in Connecticut. He attends Phillips Academy in Andover, Massachusetts; briefly attends Yale University; and, in 1883, enrolls at Columbia Law School. (Chang was not able to complete his studies at Yale because the Chinese government recalled the Educational Mission students in 1881.)

Chang graduates from Columbia Law in 1886. At commencement, Dean Theodore Dwight mentions Chang: “Coming from China by way of the Sandwich Islands, he is among your number tonight, a living and most credible witness to the fact that there is implanted in the mind of man an instinctive desire for justice, that universal justice which betokens his relations to a great lawgiver, whose aim it is to bring about in the end not merely national justice, but the sway of natural justice.”

Fight for the Bar

Chang attempts to gain admission to the New York State Bar but faces discrimination based on the Chinese Exclusion Act of 1882, which deems him ineligible for citizenship. Chang remains optimistic, saying in an article in the New York Herald on November 19, 1887, “Whether the [New York Supreme] Court determines to admit me to practice or not will make no difference as to my purpose in making my home in this country. Even if I am not entitled to be a citizen I think the Court will not refuse finally to admit me to the Bar. Others have before this been admitted.”

In an article in the New York Sun on April 24, 1887, Chang explains he wants to gain admission to the Bar to look out for the legal interests of the Chinese community in New York. “As he saw it, it was inevitable that his countrymen in the United States would get entangled in legal disputes, both as plaintiffs and defendants. American attorneys relied on interpreters to represent the Chinese in these cases, and considerable difficulties had already arisen because of things being easily lost in translation due to linguistic and cultural differences. Chang believed it imperative for the Chinese community to have a representative of their own language and nationality at the bar.”

After waging a two-year fight to practice law, including drafting a bill and arguing his case before New York Gov. David Bennett Hill, Chang is issued a naturalization certificate by a New York judge and the New York State legislature passes a special act in 1887 that finally allows him to take the New York State Bar exam. He passes and is admitted to the bar in 1888, becoming the first Chinese American lawyer in the United States.

After practicing law in New York for a short period, Chang moves to California, where he hopes to serve San Francisco’s large Chinese community and clerks in the office of Olney, Chickering & Thomas. Chang seeks admission to the California State Bar but is rejected, with the court stating, “A person of Mongolian nativity is not entitled to naturalization under the laws of the United States, and a certificate showing the naturalization of such person by the judgment of any court is void, and cannot entitle him to admission to practice as an attorney in this state.”

The California State Bar does not admit a Chinese American to practice law until 1918.

Fearing revocation of his citizenship and further repercussions against Chinese people, Chang decides against appealing the decision. He joins the Chinese Diplomatic Service, rising to the role of chargé d'affaires at the Chinese embassy in Washington, D.C. He also works as a banker and later teaches trainees of the Chinese navy in Berkeley, California. In 1913, Yale confers an undergraduate degree upon him as a member of the Class of 1883.

After charting a successful career in diplomacy, banking, and academia, Chang retires in 1920. He dies six years later on August 4, 1926, in Berkeley. He is survived by his wife, Charlotte Ah Tye Chang, and two children, Ora and Oliver.

Chang is granted posthumous admission to the California State Bar in a landmark March 15, 2015, decision following advocacy efforts as well as support from then–Columbia Law School Dean David M. Schizer. In re Hong Yen Chang on Admission (60 Cal.4th 1169 [2015]) overturns the 1890 decision that had stood for Chinese racial exclusion in the law for 125 years.

The court states, “Even if we cannot undo history, we can acknowledge it and, in so doing, accord a full measure of recognition to Chang’s pathbreaking efforts to become the first lawyer of Chinese descent in the United States.”

Columbia Law’s Center for Chinese Legal Studies—the first academic center of its kind in the United States—is renamed the Hong Yen Chang Center for Chinese Legal Studies (张康仁 中国法律研究中心) thanks to a $5 million endowment. “This new endowment is an opportunity to herald the often-overlooked legacy of a pathbreaking Columbia Law alumnus in Hong Yen Chang,” says Gillian Lester, Dean and Lucy G. Moses Professor of Law. 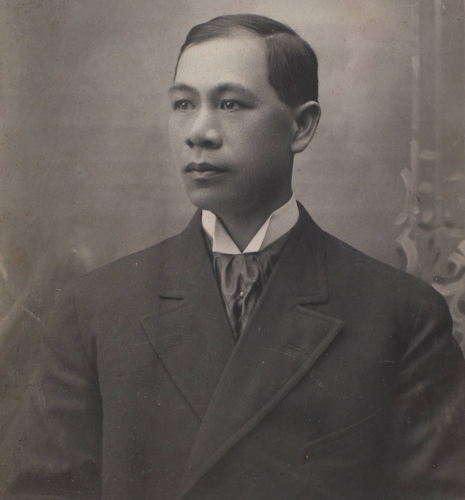 Pictured: Hong Yen Chang, circa 1890, around the time he moved from New York to California, hoping to practice law. The Huntington Library, Art Collections, and Botanical Gardens.