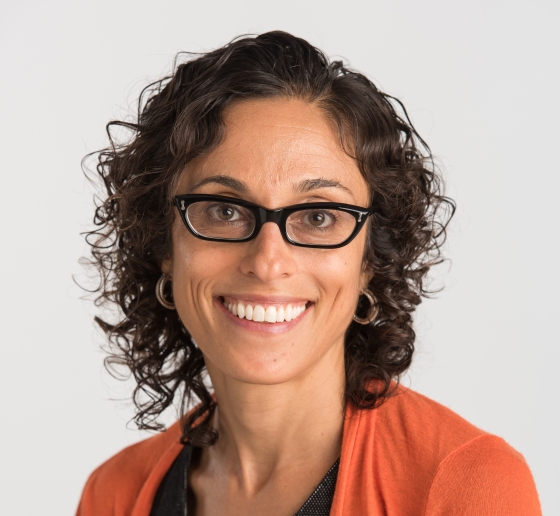 Among the many scholarly publications by former U.S. State Department lawyer Monica Hakimi is a recent essay titled “Why Should We Care About International Law?”

This is a question that Hakimi has spent nearly two decades thinking about through her work as a scholar, professor, and journal editor. That the question is still worth asking is what fascinates Hakimi about her chosen field.

Hakimi joined Columbia Law School as professor of law on July 1 after serving as Nathaniel Fensterstock Visiting Professor of Law in spring 2022. Before coming to Columbia, she taught at University of Michigan Law School. She also currently serves as co-editor in chief of the American Journal of International Law, the premier scholarly publication focused on international law.

“Lots of people have doubts about the relevance of international law, despite the patent evidence that the main players on the world stage—including powerful states—treat it as important,” Hakimi says.

That’s true even when international law—for instance, the U.N. Charter prohibition on territorial aggression—is flouted, as in the Russian invasion of Ukraine, she adds.

“[Russian president Vladimir] Putin has been quite explicit that the invasion is intended to change the legal structure that has helped to order the world since World War II. If you don’t understand that basic fact and the legal norms and institutions at stake, then you can’t really understand what’s happening in Ukraine or why it matters.”

Cross-border uses of force, like Russia’s in Ukraine, is a particular focus of Hakimi’s scholarship. It’s an area that she says is often considered at the “very periphery” of what counts as law—because many think that international law is at its least effective when it butts up against states’ security interests.

That thinking comes, in her view, from a particular conception of how law works, which is modeled after that which is issued by a single state to regulate what happens in its own territory. She’s currently writing a book arguing against this “domestic analogy” in the thinking on international law. The book is “an effort to break out of that mindset and try to make sense of how international law works on its own terms,” she says.

She’s expecting some pushback. “A lot of people don’t recognize the extent to which they make certain assumptions about the operation of law when they come to analyzing international law. So part of the project is an effort to expose that these assumptions, in fact, inform—and, I would say, corrupt—how many analyze the field. That makes the project a little bit tough, but it also makes it fun.”

Hakimi’s research interests stem from her early-career experience as an attorney-advisor in the State Department in the years following the September 11 attacks. At the time, the George W. Bush administration was trying to develop legal justifications for its pursuit of alleged terrorists across borders, despite its apparent contravention of international law.

“The U.S. government was issuing paper after paper explaining why its conduct was consistent with what it said the law was,” Hakimi says. “It was clearly very invested in international law, even though it was not doing the kind of thing that people say a state that is subject to law ought to do.”

The ability to explore fully legal issues like the ones raised in the aftermath of 9/11, without the constraints of government service, is what drew Hakimi to academia.

“I like thinking more deeply about issues than I had time to do in the government when dealing with the press of business,” she says. In government legal work, “a lot of interesting and deep questions were lying just beneath the surface, but government lawyers are for various reasons limited in their capacity to step back and engage with them from a systemic perspective. And I thought those constraints too often translated into bad policy.

“My goal is to put a more explanatory lens on what’s happening that hopefully, people in positions of power will find useful. I want to change how they think about international law in their jobs, not try to do their jobs for them.”

One position Hakimi would like to change is U.S. investment in its worldwide military presence.

“Having an enormous military is a source of power, but it is also a source of responsibility and constraint,” she says. “If we don’t exercise our power responsibly, it’s grotesque. And if we do, it’s deeply constraining on us; it limits what we are able to do and too often focuses us on the military option, as opposed to diplomatic or other options. It leads the United States consistently to lean on the military, even when that is not the most wise policy choice.”

A current example is U.S. military aid to Ukraine:

“Assisting Ukraine was the right decision given the current security architecture. But precisely because of this architecture, we have done much more for Ukraine than other countries have done,” she says. “So we find ourselves yet again in the position of participating, even if only indirectly, in a major military engagement in the world with no end in sight and no clear vision for where we’re trying to go.”

Although Hakimi says she “sort of stumbled” into law school, she traces her choice of field to her background. Her parents emigrated from Iran before she was born, and she was raised in the Chicago suburbs.

“I’m a child of immigrants. I was interested in how the United States hung together as a country and how it managed to be what it was—which was a stark contrast to Iran.” She had an “instinctive curiosity about how countries organize themselves.”

At Columbia, she expects to teach international law, foreign affairs law, and global governance. “Columbia has an incredible tradition in international law. I’m really honored to be able to continue it,” she says. And after 14 years at Michigan, she is enthusiastic about joining “a different intellectual space, which always pushes you in new ways.” In the off hours, she plans to continue her avocations of yoga and hiking and take advantage of New York’s cultural life: theater, dance, restaurants. “I love the energy of the city,” she says. “I’m excited to be a part of it.”