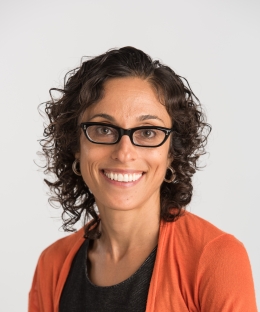 Monica Hakimi’s scholarship draws on both doctrine and legal theory to understand the operation of international law. She focuses on public international law, the use of force, U.S. foreign relations law, human rights, and national security. She was recently elected co-editor in chief of the American Journal of International Law.

She was the Nathaniel Fensterstock Visiting Professor of Law at Columbia Law School during the 2022 spring semester and was appointed professor of law on July 1, 2022. She was previously the James V. Campbell Professor of Law at the University of Michigan Law School, where she was also the associate dean for faculty and research and the associate dean for academic programming. She has held visiting appointments at Interdisciplinary Center Herzliya, University of Tokyo, and Benjamin N. Cardozo School of Law.

Prior to entering the academy, Monica spent four years as attorney-adviser in the Office of the Legal Adviser in the U.S. Department of State; she counseled policymakers on nuclear nonproliferation, efforts to reconstruct Iraq immediately after the 2003 war, international investment disputes, and international civil aviation. Hakimi has also served as counsel before the Iran-U.S. Claims Tribunal and worked on cases before the International Court of Justice and U.S. federal courts and agencies. She clerked for Judge Kimba M. Wood on the U.S. District Court for the Southern District of New York.