A lawyer who uses economic theory and empirical tools in his research joins the faculty as an associate professor of law. 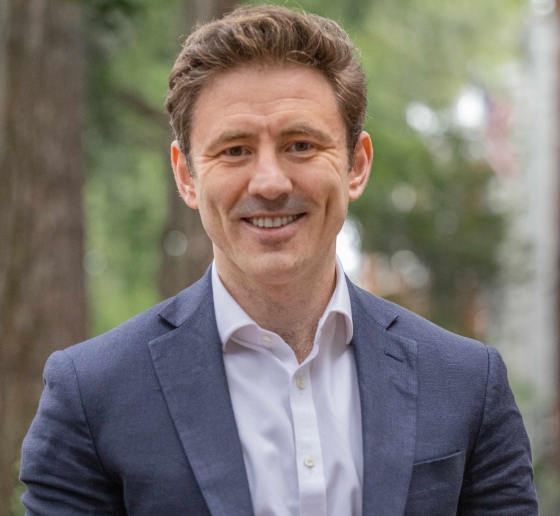 Michael Love believes that every law student should take a course in tax law. “There’s a misconception that it’s a dry accounting exercise, but ultimately tax law is a very rich moral discussion,” he says. “When there are presidential elections, candidates talk at length about tax policy proposals, which are fundamentally about who bears the burden and who enjoys the benefits of our public finance system. It’s a reflection of our values as a society.”

Love, who joined the Columbia Law School faculty as an associate professor on January 1, 2023, says tax law courses encourage students to think in new ways. “In almost all of the courses I took as a law student, the emphasis was on understanding how the nuances of case law applied to different fact patterns,” he says. But tax law, he explains, is much more focused on how statutory rules interact in complex ways. “You get to solve logic puzzles. It’s fun. And there’s a whole slew of fulfilling careers available in the area involving that type of thinking.”

As an undergraduate at Harvard College, Love studied economic policy. “The first thing that got me interested in tax was its primary role as a vehicle for public policy,” he says. “Often if we want to encourage certain behavior as a society, we subsidize it with tax incentives. After college, he got a job as a researcher for the nonpartisan White House Council of Economic Advisers (CEA) during the 2008–2009 recession. “It was a very high-stakes time,” says Love, who served in the George W. Bush and Barack Obama administrations. “We essentially worked nonstop to provide various types of data, analysis, and empirical support for the folks who were the political appointees and making decisions.”

“You can’t understand American public policy without thinking about tax.”

His time at CEA was a seminal experience. “I was able to see economic policy being made at a high level from the inside at a young age, and it continues to inform my research and teaching,” says Love. In 2009, he left the CEA to commence studies at Yale Law School in 2009. After receiving his J.D. and a brief trip back to the policy world as a Heyman Fellow at the U.S. Department of the Treasury, he began work as an associate at Wachtell, Lipton, Rosen & Katz. “Being a tax attorney is simply an awesome job. You get to spend most of your time thinking about interesting and complex issues, often with very large economic consequences, and then working through them with clients.”

In 2017, Love entered the Ph.D. program in economics at the University of California, Berkeley. “While I loved practicing tax law, ultimately I wanted to pursue research so I could ask the questions that interested me most, and I felt that a Ph.D. in economics was essential to do that well,” he says. “Law always interacts with another field, whether it’s economics or philosophy, political science, psychology, or the harder sciences like chemistry and biology,” he says. “A Ph.D. trains you in the methodologies to conduct research on the cutting edge of your field and to push the frontier forward.”

Love explains that an economics dissertation is structured as a collection of papers on a broad theme. “My theme is understanding how businesses respond to taxes in various ways,” he says. “Economists have long studied how taxes impact an individual’s behavior, but there has been much less research on businesses.” His research interests include the effects of taxation on corporate finance and the phenomenon of tax avoidance through business entities.

In one paper, “Where in the World Does Partnership Income Go? Evidence of a Growing Use of Tax Havens,” Love compiled a comprehensive analysis covering 99% of the income flowing to the owners of partnerships, which are the fastest-growing class of business entities in the United States and represent more than one-third of reported business income. Using federal tax records from 2005 to 2019, he found that a much larger portion of partnership income goes to foreign owners than previously thought; most of this amount—over $1 trillion since 2011—goes to tax havens without triggering any tax as it leaves the United States. “A major goal of my research is to inform the policy debate by quantifying activities that have received little or no attention from economists so far,” he says. “After all, the number of economists with training in tax law is very small, and fewer have practice experience.”

For the past two years while completing his Ph.D., which he expects to receive in May, Love worked as an analyst with the U.S. Congressional Joint Committee on Taxation (JCT). The nonpartisan committee assists members of both houses of Congress on every aspect of tax legislation, from drafting proposals to revenue estimation. “I’ve been very fortunate to work with the JCT. Being involved in such an integral part of the tax legislative process will undoubtedly help me to become a better teacher, researcher, and public servant in the long run.”

Columbia Law students will benefit not only from Love’s practical experience but also from his aptitude for teaching. At Berkeley, he received an Outstanding Graduate Student Instructor Award. “I really loved teaching public economics. It’s easy to enjoy teaching when you’re passionate about the subject,” he says.

“I also remember throughout the Ph.D. program, as I read new papers or learned about recent discoveries in public finance, I would love to sit back and brainstorm ways I’d like to eventually incorporate these things into a law course,” he continues. “To put it simply, I can’t wait to start teaching tax law.”

In the fall 2023 semester, Love will teach Partnership Taxation. “Partnership tax is probably my favorite law course. Not only are partnerships a big deal for the U.S. economy, but the subject is like a giant set of logic puzzles. It’s a really unique area of law and knowing it well will definitely open doors for graduates.” In future semesters he plans to teach Federal Income Taxation, and the Tax Policy Colloquium, where scholars from around the country are invited to present research on tax law and policy.

Love also looks forward to continuing his scholarship with guidance from his new Law School colleagues. “Even if you’re working on a research project individually, it ends up becoming a team project because research is always better when you have other people commenting and suggesting improvements,” he says. “And so the community you’re in is extremely important. Columbia is a great intellectual space where I feel like I can thrive.”

These exceptional scholars, teachers, and clinicians will build on the Law School’s continued excellence in both fundamental and emerging areas of the law.