The labor scholar and former Obama White House associate counsel writes and teaches on labor law, constitutional law, and questions of democracy and governance. She joins the Columbia Law School faculty as a professor of law. 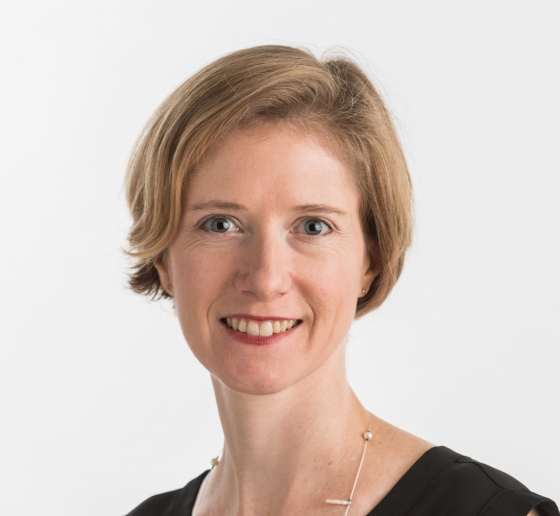 When the Supreme Court ruled in 2007 on the pay discrimination case Ledbetter v. Goodyear Tire and Rubber Company, Justice Ruth Bader Ginsburg ’59 took the rare step of reading her dissenting opinion from the bench, as was her practice with cases she found especially significant.

The majority ruled that Lilly Ledbetter failed to bring her claim of pay discrimination in a timely fashion, but for Kate Andrias, who was then one of Ginsburg’s judicial law clerks, the case was still a learning experience.

Ledbetter “showcased the justice’s extraordinary ability to marshal facts and a story in order to show the real world import of the law but also to think strategically about where the law should go,” says Andrias, who joined the Columbia Law faculty as a professor of law on July 1 after eight years at the University of Michigan.

Ginsburg, the only woman on the high court at the time, pointedly suggested Congress remedy the situation through legislation. Andrias, following her clerkship, went to work as outside counsel for Barack Obama’s presidential campaign. On his first day in office, President Obama signed the Lilly Ledbetter Fair Pay Act, which extended the statute of limitation for such claims.

It was a satisfying moment for a lawyer who had been involved in workers’ rights for more than a decade. As an undergraduate during one of Yale University’s workforce strikes, Andrias organized protests and teach-ins, made sandwiches for striking workers, and helped find locations to hold classes that didn’t require students or faculty to cross picket lines. She then spent four years with the Service Employees International Union, organizing healthcare workers.

That experience influenced her to switch her graduate school plans from a Ph.D. to a J.D. from Yale Law School. Working for the union showed Andrias “how transformative building an organization can be for workers, enabling them to change their daily conditions,” she says. “But I also saw how the law was stacked against them, and how the law failed to deliver on its promises in terms of protecting workers’ rights. And so I went to law school to understand more deeply the relationship between law and labor rights and to explore how law contributes to problems of inequality—as well as how it can enable people to achieve change.”

From the White House to the Academy

As an associate at Perkins Coie following her clerkship, Andrias worked on election law for the Obama campaign and on the 2008 election recount for Sen. Al Franken (D-Minn.) She joined the White House Counsel’s Office after Obama’s victory and rose to chief of staff. In 2011, Andrias embarked on two years at Columbia Law as an academic fellow, writing about constitutional law and presidential power. The experience cemented her interest in legal scholarship.

“Legal scholarship appealed to me because it allows two things at once. You can learn about problems, understand their complexities, and reflect on them, but legal academia also enables you to have an impact on the world,” she says. “It’s a really special opportunity that law professors have.”

The combination of theoretical and practical is an approach Andrias, who won Michigan’s teaching excellence prize in 2016, brings into the classroom. “When I teach, I want to give students a strong grounding in the doctrine and the legal rules as well as an awareness of the practical implications of the law on people’s lives. But then I also encourage students to step back and think about what the law should be, why, what are the problems with it. And I want them to test their own intuitions and views, to think about counter-arguments,” she says.

Though committed to the academy, Andrias remains involved in the labor movement: She writes amicus briefs and works pro bono for unions and nonprofit organizations providing advice on potential labor legislation and its possible legal hurdles. She also consults on various constitutional law issues. President Joe Biden named her to the commission examining possible reforms of the Supreme Court, along with Bert Huang, Michael I. Sovern Professor of Law, and Olatunde C. Johnson, Jerome B. Sherman Professor of Law; Andrias is the rapporteur for the commission.

Andrias’ research, like her career, brings together the threads of politics, constitutional governance, and labor. In a recent paper, she tackles “political inequality,” the lack of representation in democracy for low-income people. Rather than focusing only on how to limit the money that gives the wealthy a disproportionate influence in politics, Andrias believes law could be used to enable low- and middle-income Americans to build their own social movement organizations for political power. To do so, she suggests providing groups such as tenants, public-assistance recipients, and debtors with a framework not unlike that of labor unions: the right to collective action, freedom from retaliation, and the right to strike.

“Law structures the shape of organizational life. We should think about whether . . . there are reforms that would facilitate mass membership organizations among communities that are underrepresented in our political process and in government,” she says.

In other work, Andrias has examined the efforts of low-wage workers to transform workplace law; argued in favor of a new labor law regime that would better protect workers’ rights in the globalized economy; probed how U.S. constitutional law has contributed to inequality; and analyzed how constitutional governance might be reformed to enable greater democracy.

Coming Home to a Changed City

Andrias arrives in New York with her husband, two daughters, and goldendoodle. She is returning to her hometown—she grew up on the Upper West Side and is devoted to Absolute Bagels—when the city, like the rest of the nation, is struggling to recover from COVID-19.

Andrias, who will teach Labor Law and a constitutional law seminar in the spring, says the pandemic made clear the extent of inequality and precarious conditions for workers across the nation, but it also provides an opportunity for fundamental change. While significant new federal legislation remains unlikely in the near term, she cited federal regulatory efforts and “really promising” actions at the city and state level, such as a recent New York City law that prevents fast food restaurants from firing employees without showing cause or demonstrating economic distress.

“This is a moment that’s in some ways depressing because workers have suffered tremendously, and problems of inequality and precarity—which have built up for years—have been exacerbated,” she says. “But it’s also an optimistic moment, because people are rethinking, ‘How should work look?’”

Martin Luther King Jr. Was a Critical Race Theorist Before There Was a Name for It

Reminders: January Term and Start of the Spring Semester