James Kreindler ’80: The Long Journey From Tragedy to Accountability

The aviation disaster litigator won justice from Libya for the bombing of Pan Am 103 and wants the same for 9/11 families. 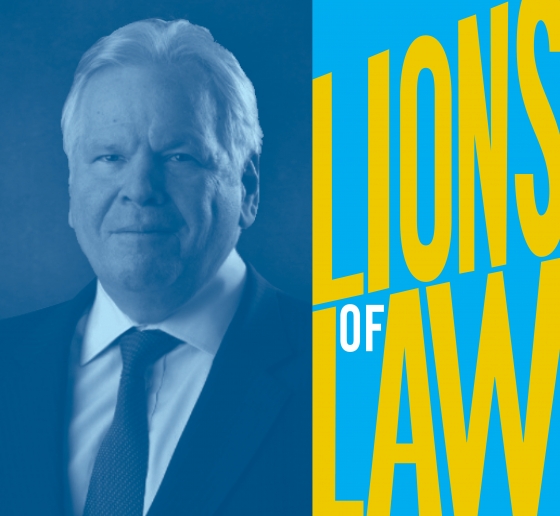 Whatever path in law James P. Kreindler ’80 thought he was going to pursue when he arrived at Columbia Law School, the matter was probably settled his first day in Torts with Professor Willis L.M. Reese.

Reese immediately recognized his 1L student as the son of Lee S. Kreindler, the lawyer who virtually invented air crash litigation with a 1952 case in which, to research a malfunctioning propeller, the elder Kreindler worked in a maintenance shop.

The law professor summoned the younger Kreindler to a seat in the front row. “Professor Reese announced to the class, ‘There is no lawyer who has more changed and complicated the field of choice of law and torts than Lee Kreindler. So I think it perfectly appropriate for the sins of the father to be visited upon the son,’” Kreindler recalls. “He must have called on me for the toughest questions every single day. But I loved that. I loved him.”

Kreindler made it through the class and, after graduating in 1980, spent three years getting trial experience as an assistant district attorney in Brooklyn, New York, before joining Kreindler & Kreindler LLP, the firm founded by his grandfather in 1950. He has spent his career since pursuing the family mission: holding accountable air crash terrorists. In 2003, the Kreindlers obtained $2.7 billion in compensation—and the acknowledgment of responsibility—from the Libyan government for the families of the 270 people killed in the bombing of Pan Am flight 103 when it exploded over Lockerbie, Scotland, in 1988.

Lee Kreindler died not long before the Pan Am settlement was finalized. “It’s a hard act to follow, but Dad gave me plenty of rope,” James Kreindler says. “I loved working with him. We were different in some ways but worked great together.”

Since then, Kreindler and the firm have been involved in almost every major air disaster case, including the 1996 crash of TWA Flight 800 off Long Island and the 1998 crash of Swissair Flight 111 in Nova Scotia. But for the past two decades, Kreindler has been focused on a case similar to the one he pursued against the Libyan government: a lawsuit against the Saudi Arabia government by families of those killed in the September 11, 2001, terrorist attacks.

The lawsuit, filed in 2002, argues that the Saudi government financed and actively supported the 9/11 terrorists. In 2016, Congress passed the Justice Against Sponsors of Terrorism Act (JASTA); the legislation narrows foreign sovereign immunity in terrorism cases and was designed to enable the 9/11 families’ suit to go forward.

The 9/11 lawsuit has involved myriad defendants, judges, and proceedings, and the lengthy process has been no surprise. “We knew it would be a marathon. When the families were coming in right after 9/11, we were in the midst of battling with Libya. And I said to the 9/11 families . . . you have to be prepared for this to last at minimum 15 years, and it’ll probably go 20 years.”

He likes to compare his team to George Washington’s army persevering in the Revolutionary War. “You just have to stay alive. You can get your ass kicked in battle after battle—but just stay alive until the conditions are right for there to be victory.”

Some of his time at Columbia Law, he says, was more like Valley Forge than Yorktown. “Columbia wasn’t much fun for the first two years I was there. It was a tougher, more difficult place,” he says. But it taught him well: “To think critically and then speak plainly and succinctly. That was of tremendous value to me.” So much so that in 2004, Kreindler established the Lee S. Kreindler Scholarship for a Columbia Law student “dedicated to improving the civil justice system to effect positive, political, legal, or social objectives or otherwise furthering the rule of law.”

Kreindler says that a highlight of his Law School experience was his externship with New York State Supreme Court Judge Harold Rothwax ’58, known as “the Prince of Darkness” for his stern demeanor and rulings. “You could sit in criminal court with him on the bench and watch how he worked. And he was just the star: He had this box of file cards on every case, and he could go through 150 cases a day and be up on every detail. He was really an inspiration,” Kreindler says. (Rothwax famously punched his co-counsel in an early court appearance; Kreindler boxes to keep in shape.)

Aviation has become safer since Kreindler’s father began practicing—the most recent major U.S. air crash occurred in 2001—but the world has not. While his partners continue to work on accident litigation, Kreindler’s focus is now solely the Saudi lawsuit—to the point that he named one of his dogs, Jasta, after the federal legislation. (The other is Bruno, as in Brunello, his favorite Italian wine.)

“The single thing Columbia Law did is to teach me to think critically and then speak plainly and succinctly. That was of tremendous value to me.”

Kreindler knows his trial experience may never come into play in the 9/11 case. “Trying jury trials was fun. I loved it,” he says, “but there’s nothing that compares to the importance and intricacy of 9/11.”

In the immediate aftermath of the 9/11 attacks, working with grieving families was wrenching. “To be in the office at 8 a.m. dealing with devastated people until I went home, it takes a lot out of you,” he says. “The flip side of dealing with that kind of grief is that sharing their commitment to get at the truth and finally work justice is a thousand times more rewarding than anything else I could imagine doing.”

In September 2020, Kreindler’s team won an important victory when a judge ruled that members of the Saudi government must be deposed in the case. It was a momentous step forward, Kreindler says. But he remains frustrated by the refusal of the U.S. government to release documents from the FBI investigation into the 9/11 attack—a request denied by the Bush, Obama, and Trump administrations.

Kreindler has hopes that President Joe Biden will be more receptive. “My approach is, when you’re telling the truth and asking somebody to do the right thing, it’s going to happen eventually,” he says. “And you just stay at it until it does.”

Read All Stories More in The News
Alumni News

James Kreindler ’80: The Long Journey From Tragedy to Accountability