Five alumni and faculty who clerked for Ginsburg shared their recollections and tributes on the one-year anniversary of her passing. 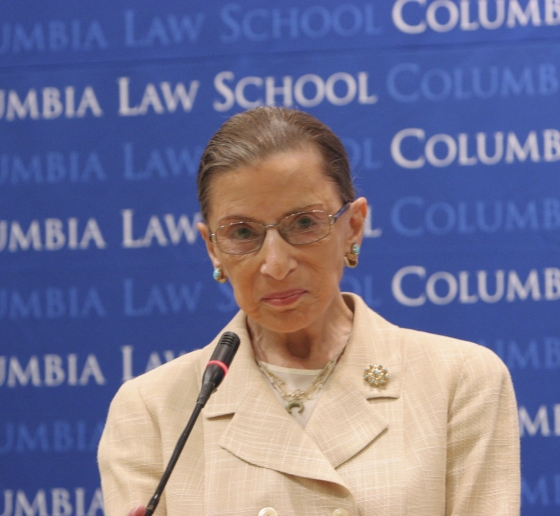 Alumni and faculty who clerked for Justice Ginsburg shared recollections and tributes in commemoration of the one-year anniversary of her death.

“Justice Ginsburg is known for her pathbreaking opinions and dissents on major issues, like women’s rights, voting rights, and health care. But while she cared about the direction of the law and the overarching principles at issue, she cared just as much about the human beings involved in the cases; she kept them front and center throughout the process. One morning I arrived at work to find a voicemail message that the justice had left me at 3 a.m. She was up late working, which was not unusual. She explained that she did not feel satisfied with the draft of the dissent: The approach was too abstract and technical. She wanted the opinion to open with the real-life experiences of the woman who was at the center of the case.”

“What most comes to mind when I think about the justice is her relentless work ethic. No matter how hard we worked, she would be working harder—manifested by the 4:30 a.m. voice messages that we came to expect daily when we arrived in chambers each morning. The justice carefully crafted every line in every opinion, rewriting repeatedly until each word was precisely what she wanted. I learned so much from watching that process and hearing her explain the changes she made. Even more than that, I learned an invaluable lesson about the importance of having incredibly high standards and holding yourself to them. To this day, I will sometimes read a passage I’ve written, imagine the justice’s blue-pencilling, and rewrite the whole thing.”

“The justice approached the editing process as a teaching opportunity. She’d generously take the time to sit down with the law clerk working on a particular opinion and explain why she made the changes she did—why one word was better than another, one phrasing more powerful. She took seriously her role in training the next generation of advocates, and I try to live up to the model she set in that regard.”

“It’s almost a year now that she’s gone, and I still miss Justice Ginsburg all the time, every day; I think many of us do; I think the country does; I think we always will. She was a rare and true hero.”

“If someone had asked me during my clerkship over 25 years ago who—among all the people I knew—was least likely to become a popular culture icon, RBG would have been my choice, hands down. But if you had asked me who exemplified the value of meritocracy—of letting people compete and show what they can do—RBG also would have been my pick. As a champion for women’s rights, she showed that everyone deserved to be judged on their merits. The Declaration of Independence promised us all the right to ‘the pursuit of happiness’—to develop our talents and pursue our dreams. RBG urged the nation to honor this commitment to women, as well as to men.”