As prosecutors or defense attorneys in civil and criminal cases, or as independent counsel examining internal workplace matters, alumni are specializing in one of the legal field’s hottest and most fascinating practice areas: investigations. 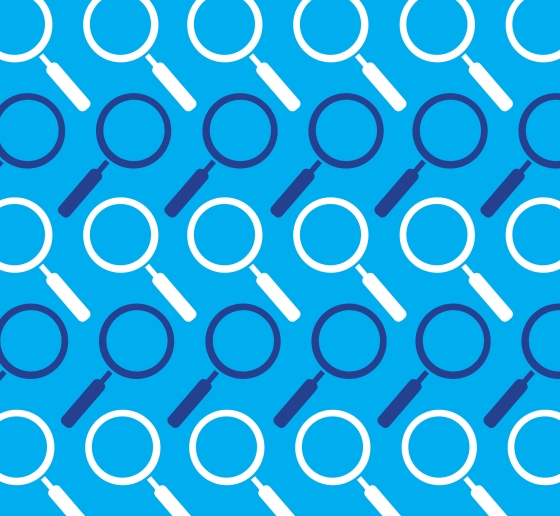 Eric Rosen ’05 was an assistant U.S. attorney investigating a routine securities fraud case in 2018 when he stumbled upon a tangential tidbit about a man who had paid Yale University’s women’s soccer coach to recruit his daughter so she would be guaranteed admission to the school. Rosen’s discovery led him “down a rabbit hole,” he says, and to a yearlong, covert investigation that culminated in the 2019 indictment of 57 people in the college admissions scandal dubbed “Varsity Blues.”

The case had all the elements that Rosen relished about federal investigations. “I enjoy the case-building process and the cloak-and-dagger elements—wiretapping, search warrants, recruiting informants,” he says. After the convictions and his newfound prominence from the frenzied media coverage, Rosen decided to go into private practice as a partner at Freedman Normand Friedland in Boston. “The goal is always the same with any investigation,” he continues. “As a prosecutor, it’s to get admissible evidence that will ultimately convict. And now as a defense attorney who knows how an investigation works, I do the opposite and try to unravel what they’ve done and poke holes into it.”

Whether Columbia Law alumni are white collar defense lawyers, prosecutors, administrative agency attorneys, or independent counsel looking into alleged wrongdoings at corporations or nonprofits, their expertise as investigators is in demand. “Internal investigations have become the largest new source of business for major U.S. law firms,” writes John C. Coffee, Jr., Adolf A. Berle Professor of Law, in Corporate Crime and Punishment: The Crisis of Underenforcement (2020).  “They are to the last decade what the mergers and acquisitions business was to the 1980s.”

While Julian Moore ’01 was an assistant U.S. attorney for the Southern District of New York from 2006 to 2013, he co-led an investigation to identify the people who aided and abetted Wall Street fraudster Bernie Madoff in his multibillion-dollar Ponzi scheme. “During my tenure on the Madoff case, I investigated, charged, and prosecuted 12 individuals and recovered approximately $10 billion of funds that were stolen,” says Moore, who is now a partner at Allen & Overy. “It was a matter of working closely with the FBI, going through decades of financial records, and seeking out witnesses and investors to determine what false promises were made to them.”

Moore was driven by his belief that white collar criminals are too often treated leniently because of their privilege. He is provoked by lawbreakers who have “grown up in wealthy communities, attended the best colleges and universities, and then gained access to the world’s most powerful corporations and financial institutions,” he says. “And even with that great access to power and wealth, they still feel the need to act corruptly, criminally, and steal from others. . . . One of my jobs [at the Southern District of New York] was to make sure that they got prosecuted to the full extent of the law.”

Working as a federal prosecutor, of course, is a fertile training ground for lawyers who later join the private sector and lead investigations. Bonnie Jonas ’95 spent 19 years as an assistant U.S. attorney for the Southern District of New York before she co-founded Pallas Global, a consultancy that conducts investigations to improve the overall integrity of corporations, organizations, and government agencies to prevent misconduct. She co-teaches the Organizational Misconduct seminar at the Law School.

“What I love the most is giving strategic advice to organizations that are seriously asking, ‘Are we doing things right? How can we do things better?’” says Jonas. “It’s really about working with people who want to reform their organizations or companies, even if they’re not in trouble yet, but they recognize they are in a high-risk industry or see what the regulatory headwinds might be. Even when they call with a problem, they are not trying to skirt the law but thinking about how to prevent the problem from happening again.”

The essence of investigative work is fact-finding, says Anne E. Cohen ’85, a retired Debevoise & Plimpton partner who focused her practice on complex tort litigation as well as internal investigations. For many years, she taught a seminar on investigations at Columbia Law School and trained students on gathering and assessing information.

“One of the keys is getting students to understand how important facts are,” says Cohen (whose regard for facts dates back to her days as a newspaper reporter). She points out that in most law school classes—clinics being an exception—students are handed the facts of a case to start with and then “play with theory,” she says. “But what so much of law practice is about, and especially this kind of work, is trying to figure out what happened or at least to gather enough information from which you may be able to make some reasonable conclusions about what happened.”

In recent years, companies, educational institutions, and other organizations have increasingly turned to law firms to investigate complaints of sexual misconduct and discrimination—both past and present—instead of relying on their own internal human resources departments or in-house counsel.

“We think the skill set we’ve developed—interviewing people, marshaling a lot of disparate facts, developing themes that get at root causes, and making recommendations—is the reason why it’s valuable to have attorneys doing this work,” says Criss, who has co-led a number of workplace culture reviews and internal investigations into sexual misconduct at CBS News and at the boarding school Choate Rosemary Hall. (He notes he and his colleagues have received specialized survivor-centered and trauma-informed training for sexual misconduct investigations.) “It is also the case that often this kind of work is either specifically prompted by a legal claim or there is a potential for a legal claim that could create a liability for a company or entity, and therefore having lawyers thinking from that perspective can be very valuable.”

The uptick in internal investigations reflects changing norms, according to Julian Moore. “Working in these times where—thankfully—employees feel more comfortable reporting incidents of discrimination, you see a rise in claims of gender discrimination, racial discrimination, discrimination based on sexuality,” he says. Moore sees a direct connection with the Black Lives Matter movement, the #MeToo movement, the fight for LGBTQ+ rights, and the demands and expectations of a more youthful workforce. “I enjoy helping companies make sure that their compliance and employment policies are reflective of the times we live in to ensure that everyone is treated fairly, equally, and can bring their true selves to work.”

Interviewing witnesses and participants in a matter or case is the heart of most investigations, which is one of the elements that practitioners say they enjoy about the field. They also appreciate how their work can have a seismic impact on individual lives.

Tracey E. Diamond ’92, a partner at Troutman Pepper who specializes in employment law, values the personal nature of workplace investigations. “Human behavior fascinates me,” says Diamond, whose legal career included a five-year stint running the human resources department of the Jewish Federation of Southern New Jersey, which had a full-time workforce of about 400 people. “A lot of times, the underlying facts of various cases or complaints are very interesting in terms of seeing what people say and do and what they think is okay or appropriate in the workplace.”

Criss, who spends much of his day interviewing people one-on-one, is highly sensitive to the personal stakes involved in his cases. “If I am representing an individual, it may be a matter that puts their liberty at risk, sends a person to prison, or threatens their livelihood,” he says. “If someone is barred from the securities industry for life and it’s the only industry they’ve worked in, that’s a life-changing event.”

“If I am representing an individual, it may be a matter that puts their liberty at risk, sends a person to prison, or threatens their livelihood." —Jason P. Criss

Changing lives is why Alberto Rodriguez ’04, the former supervising attorney of employment in the Law Enforcement Bureau of the New York City Commission on Human Rights, gave up a career in a white collar criminal practice, where, he says, “investigations tended to be extremely large and diffuse.” At the commission, Rodriguez says, he was able to focus on more personal investigations and also address societal issues. (He also wanted to train the next generation of lawyers, and for more than a decade, he was a lecturer in law at Columbia, teaching the Legal Practice Workshop and LaLSA Moot Court; in the summer of 2022, he joined Brooklyn Law School as a full-time assistant professor of legal writing.)

“The Human Rights Commission not only tries to reach resolutions for the complainants that can include compensation for emotional distress and economic damages,” he says. “There’s also an opportunity to effect change at the company level. Sometimes, we mandate policy changes and training. We can ask them to produce monthly or yearly reports and have them dedicate an employee to monitor and work on the issues we’ve identified. I enjoyed working at the commission because it gave me an opportunity to fight all forms of unlawful discrimination in the workplace. And knowing that my work had a social justice impact was really important to me.”