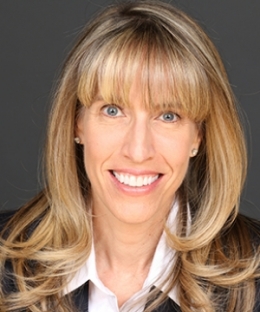 Bonnie Jonas served for 18 years as an Assistant United States Attorney in the U.S. Attorney’s Office for the Southern District of New York (the “SDNY”). Ms. Jonas’s most recent position with the SDNY was as Deputy Chief of the Criminal Division, from 2013 to 2016. She also
served as the SDNY’s Financial Fraud Coordinator for President Obama’s Financial Fraud Enforcement Task Force and as Co-Chief of the General Crimes Unit.

In 2016, Ms. Jonas co-founded Pallas Global Group, LLC, a consulting firm that provides independent monitoring services and governance, ethics, and compliance counseling to corporations and organizations. In 2019, Ms. Jonas was appointed to serve as the Chair of the Rochester Drug Cooperative’s Controlled Substances Compliance Committee as part of a resolution with the SDNY.

Ms. Jonas was an attorney with the law firm Paul, Weiss, Rifkind, Wharton & Garrison and a law clerk for the Honorable Reena Raggi of the U.S. District Court for the Eastern District of New York. Earlier in her career, Ms. Jonas worked as a consultant at Peterson Consulting, where she evaluated settlement amounts in connection with pending asbestos litigation.

Ms. Jonas is a graduate of the Wharton School at the University of Pennsylvania and Columbia Law School. She has been the keynote speaker, lecturer and panelist for investment professionals, lawyers, business school students, and law enforcement officials on corporate governance, corporate culture, and enforcement trends in the financial industry. Ms. Jonas currently serves as the Chair of the Wharton Undergraduate Executive Board and is a member of the Board of Advisors of the Program on Corporate Compliance and Enforcement at NYU School of Law.