The two-time honoree says nothing is more rewarding than seeing a student’s “Aha!” moment. 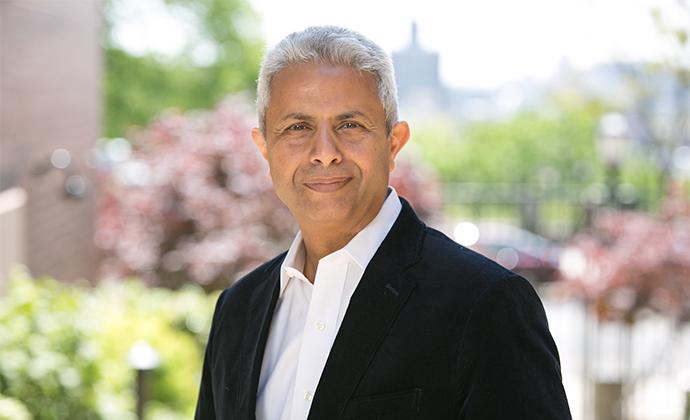 With his congenial classroom style and a gift for simplification, Professor Zohar Goshen has won the annual Willis L.M. Reese Prize for Excellence in Teaching. Goshen, the Jerome L. Greene Professor of Transactional Law and director of the Law School’s Center for Israeli Legal Studies, was recognized by students for his ability not only to make corporate law accessible, but for his willingness to mentor students by seeking to engage them and draw out their ideas in supportive and productive ways. The prize is awarded annually by Columbia Law’s graduating class.

“I’m very honored,” Goshen says. “I love taking a complex topic and explaining it in a simple way. Nothing is more rewarding than seeing the ‘Aha!’ moment in the students’ eyes.”

As the Reese Prize winner, Goshen will address the Class of 2019 at the Law School graduation ceremony on May 20.

Goshen wins praise from students for asking them to develop and defend their own ideas. “This is THE class for critical thinking,” one student wrote about Goshen’s class on corporate governance. Another said he was “not afraid to respectfully challenge the students.” Goshen “really honored students’ viewpoint,” said a student in an advanced corporate law class. Many students describe his classes as among the best they have taken at the Law School.

Goshen’s favorite course to teach, he says, is Corporations, the foundational class for business law and one he says many students view as a “must-learn, boring” topic. “Their aversion is my challenge. I love being in a class where students encounter the logic of business and finance for the first time with excitement,” he says.

Beyond teaching the material, Goshen says he wants to impart to his students the ability to analyze, to reason, and to articulate their ideas. “I feel that this is something they can take with them for their future work and life,” he says. 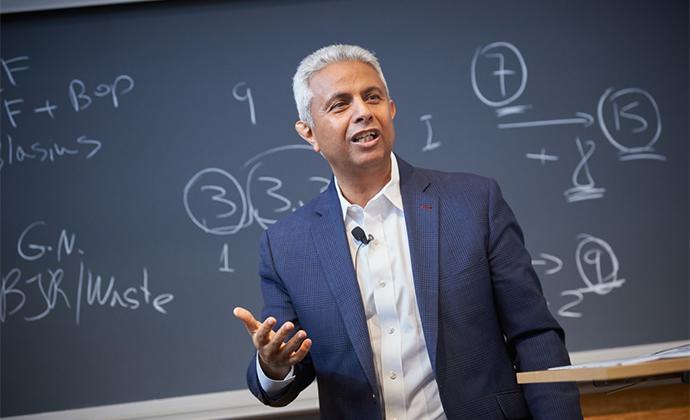 Goshen joined the Law School in 2001 and became a tenured professor in 2004. From 2008 to 2011, he took a leave of absence to serve as chairman of the Israel Securities Authority (the Israeli equivalent of the U.S. Securities and Exchange Commission).

Born in Israel, Goshen earned his LL.B. from the Hebrew University of Jerusalem and his LL.M. and S.J.D. from Yale Law School. After clerking for the chief justice of the Israeli Supreme Court, he had a brief career as a litigator at a law firm. “It was too confrontational,” he says. “Every day you wake up and fight. My personality is more harmonious.”

Goshen is only the third repeat winner of the teaching prize, established in 1993 in honor of Willis L.M. Reese, who taught at Columbia Law from 1948 to 1981. The Class of 2006 also bestowed the Reese Prize on Goshen.

That was more than a decade ago, but “I hope I’m like an old wine and not like an old car,” he says.

“After many years in teaching, now I want to connect with each and every student,’’ he says. “As if he or she is the only student in the room.”