Are algorithms the answer? 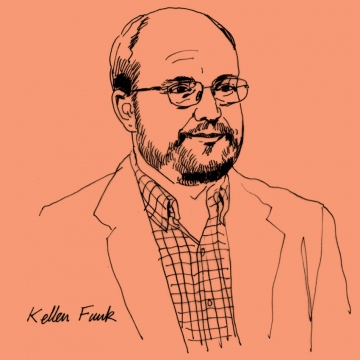 The social and economic costs of the bail system and pretrial incarceration are pervasive and corrosive. “People can lose their jobs, homes, and even custody of their children after only a day or two in detention,” says Associate Professor Kellen Funk, who recently published “The Present Crisis in American Bail” in The Yale Law Journal. “Studies show that locking people up pretrial can be a cause of future criminality.”

The California Money Bail Reform Act that was signed into law in August 2018 was supposed to end cash bail in that state and was hailed as a model for other jurisdictions. No longer would judges incarcerate individuals awaiting trial based on rigid bail schedules and inability to pay. Instead, risk-assessment algorithms would help determine which defendants should be incarcerated, based on how much of a threat they pose to public safety or the likelihood that they would not show up for court appearances.

But many of the bill’s original proponents opposed the final version, including the ACLU of California, which said it could not “promise a system with a substantial reduction in pretrial detention.” The bail bond industry also fought the law and gathered enough signatures for a referendum; California voters will decide the fate of the law in November 2020, when the question appears on the ballot.

The proposed alternatives to cash bail that are sweeping the nation may not be a panacea. Funk and students in his seminar on the American bail system submitted a paper to the Criminal Law Advisory Committee of the Judicial Council of California in 2018 cautioning that risk assessment, even by algorithm, involves subjective judgments and political choices that could lead to the continued detention of the same population of low-income arrestees.

Nevertheless, Funk is optimistic about the bail reform movement: New Jersey has virtually eliminated cash bail, New Mexico has restricted it, and New York will eliminate it for most misdemeanors and nonviolent felonies beginning in 2020. He continues to write and file amicus briefs in federal courts challenging the constitutionality of cash bail. “Protection of pretrial liberty from arbitrary detention is a core part of our constitutional tradition,” Funk says.

“Pretrial practice and the bail experience are shaped almost entirely by the peculiarities of local law. An individual arraigned in one jurisdiction may find even the most critical rules of criminal procedure . . . unrecognizable from that of her peer, accused of the identical crime in a neighboring state.” —Dorothy Weldon ’19, founder of the Columbia Bail Fund Project, which trains students to be licensed bail bond agents who post bail for indigent clients, in her article “More Appealing: Reforming Bail Review in State Courts” (Columbia Law Review)