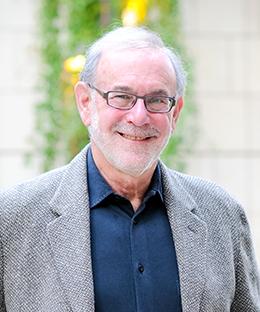 An expert on the law and economics relating to corporations and securities, Ronald Gilson has been a member of the Law School faculty since 1992. He specializes in corporate governance, law and economics, corporate finance, capital markets, complex contracting, mergers and acquisitions, and securities regulation. Gilson has testified in depositions and trials as an expert witness in numerous cases. His scholarship has been frequently cited and followed by the Delaware Court of Chancery and the Delaware Supreme Court.

Gilson is the author of major casebooks on corporate finance and corporate acquisitions, including The Law and Finance of Corporate Acquisitions (with Bernard Black), and Cases and Materials on Corporations (with Jesse Choper and Columbia Law Professor John C. Coffee Jr.). He has also published more than 90 articles in law and economics journals. Gilson served as a reporter of the American Law Institute’s Corporate Governance Project.

Before launching his academic career at Stanford Law School in 1979, Gilson was a partner at a San Francisco law firm and a clerk to Chief Judge David L. Bazelon of the U.S. Circuit Court of Appeals for the District of Columbia. He is a professor emeritus at Stanford and currently serves as a senior fellow at the Stanford Institute of Economic Policy Research. He is a fellow at Columbia University’s Center on Capitalism and Society and serves on the academic advisory board of the Richard Paul Richman Center for Business, Law, and Public Policy, a joint venture between Columbia law and business schools.

Gilson is the independent board chair of American Century Mountain View Mutual Funds. He is also a past board chair of the Global Corporate Governance Colloquia, a consortium of 12 universities in Asia, Europe, and the United States that are leaders in the fields of law and finance.

Read All Stories More in The Press
News

Gilson’s paper praised as a “masterful review of 50 years of legal and finance scholarship on corporate governance.”