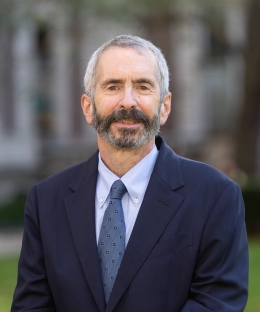 Since joining the Columbia Law School faculty in 1983, Richard Briffault has combined public and government service with teaching, research, and scholarship. He is the Law School’s authority on state and local government; the news media often turns to him for his expert insight into and analysis of issues central to democracy and the political process such as campaign finance reform, government ethics, gerrymandering, election administration, and fair elections. He is also a leading thinker on “the new preemption,” a critique of states that are increasingly passing ideological laws that override local ordinances. Working with the Local Solutions Support Center, he educates city and county government officials on how to respond to state preemption.

Briffault is a pillar of the Columbia Law School community. He has served as a vice dean at three different times during his career. He sits on the advisory boards of the Law School’s Center for the Advancement of Public Integrity and the Public Interest/Public Service Fellows Program, and on the board of directors of the Columbia Journal of Law & Social Problems.

A prodigious scholar, Briffault has written or coauthored more than 90 law review and journal articles as well as books and monographs, including Dollars and Democracy: A Blueprint for Campaign Finance Reform; Cleaning Up Hazardous Waste: Is There a Better Way?; the fifth, sixth, seventh, eighth, and ninth editions of the casebook State and Local Government Law; and The New Preemption Reader.

Before becoming an academic, Briffault was a clerk to Judge Shirley M. Hufstedler of the 9th U.S. Circuit Court of Appeals, an assistant counsel to New York Governor Hugh L. Carey, and an associate at Paul Weiss Rifkind Wharton & Garrison. During his tenure at Columbia Law, he has served as a member of, or consultant to, an array of New York state and city commissions, including the New York State Moreland Act Commission to Investigate Public Corruption. From 2014 to 2020, Briffault served as chair of the New York City Conflicts of Interest Board. He is the reporter for the American Law Institute’s Project on Principles of Government Ethics, vice-chair of the Citizens Union of the City of New York, and a member of the New York State Bar Association Committee on Professional Ethics. 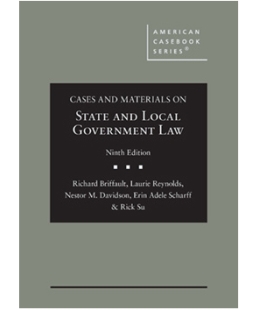 Cases and Materials on State and Local Government Law

| Gothamist
In The Media

Does the Supreme Court Have Too Much Power?