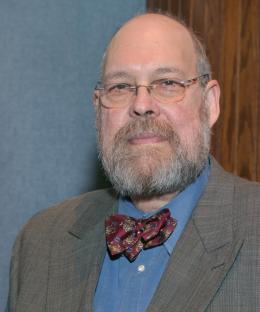 A leading expert on national and international tax law, Michael J. Graetz joined the faculty in 2009, after 25 years at Yale Law School, where he is a professor of law emeritus and a professorial lecturer. He has written on a wide range of tax, international taxation, health policy, and social insurance issues. His recent scholarship, including his 2016 book, The Burger Court and the Rise of the Judicial Right (with Linda Greenhouse of The New York Times), has focused on U.S. legal history and problems around economic inequality. His latest book, The Wolf at the Door: The Menace of Economic Insecurity and How to Fight It (with Ian Shapiro), proposes realistic policy solutions and strategies to make individuals and communities more secure.

In addition to his academic career—which has included teaching posts at the University of Southern California and the University of Virginia School of Law—Graetz has held several positions in the federal government. He was assistant to the secretary and special counsel for the Department of the Treasury in 1992, and deputy assistant secretary for tax policy at the Department of the Treasury from 1990 to 1991.

Graetz has been invited to testify as an expert witness on a variety of tax matters before U.S. House of Representatives Committee on Ways and Means and the Senate Committee on Finance. His many honors include being elected to the American Academy of Arts & Sciences and being chosen as a John Simon Guggenheim Memorial Fellow. In 2013, he was awarded the National Tax Association’s Daniel M. Holland Medal for lifetime achievement in the study of the theory and practice of public finance. In 2021, he received the Tax Foundation's Distinguished Service Award in recognition of his service and contributions to the field of tax policy. 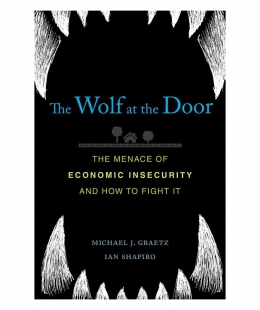 The Wolf at the Door: The Menace of Economic Insecurity and How to Fight It

Michael Graetz and Ian Shapiro focus on what really worries people: not what the rich are making but rather their own insecurity and that of people close to them. Americans are concerned about losing what they have, whether jobs, status, or safe communities. They fear the wolf at the door. The solution is not protectionism or class warfare but a return to the hard work of building coalitions around realistic goals and pursuing them doggedly through the political system. This, Graetz and Shapiro explain, is how earlier reformers achieved meaningful changes, from the abolition of the slave trade to civil rights legislation. The authors make substantial recommendations for increasing jobs, improving wages, protecting families suffering from unemployment, and providing better health insurance and child care, and they guide us through the strategies needed to enact change.

Michael Graetz Saw the ‘Wolf at the Door’ Before the Coronavirus Arrived in the U.S.

The Columbia Law professor’s new book, The Wolf at the Door: The Menace of Economic Insecurity and How to Fight It, offers realistic policy solutions that prioritize the welfare of individuals to create a more just and stable society.

Examining the Tax Provisions in the Democrats’ Budget Bill

The Great Inheritors: How Three Families Shielded Their Fortunes From Taxes for Generations